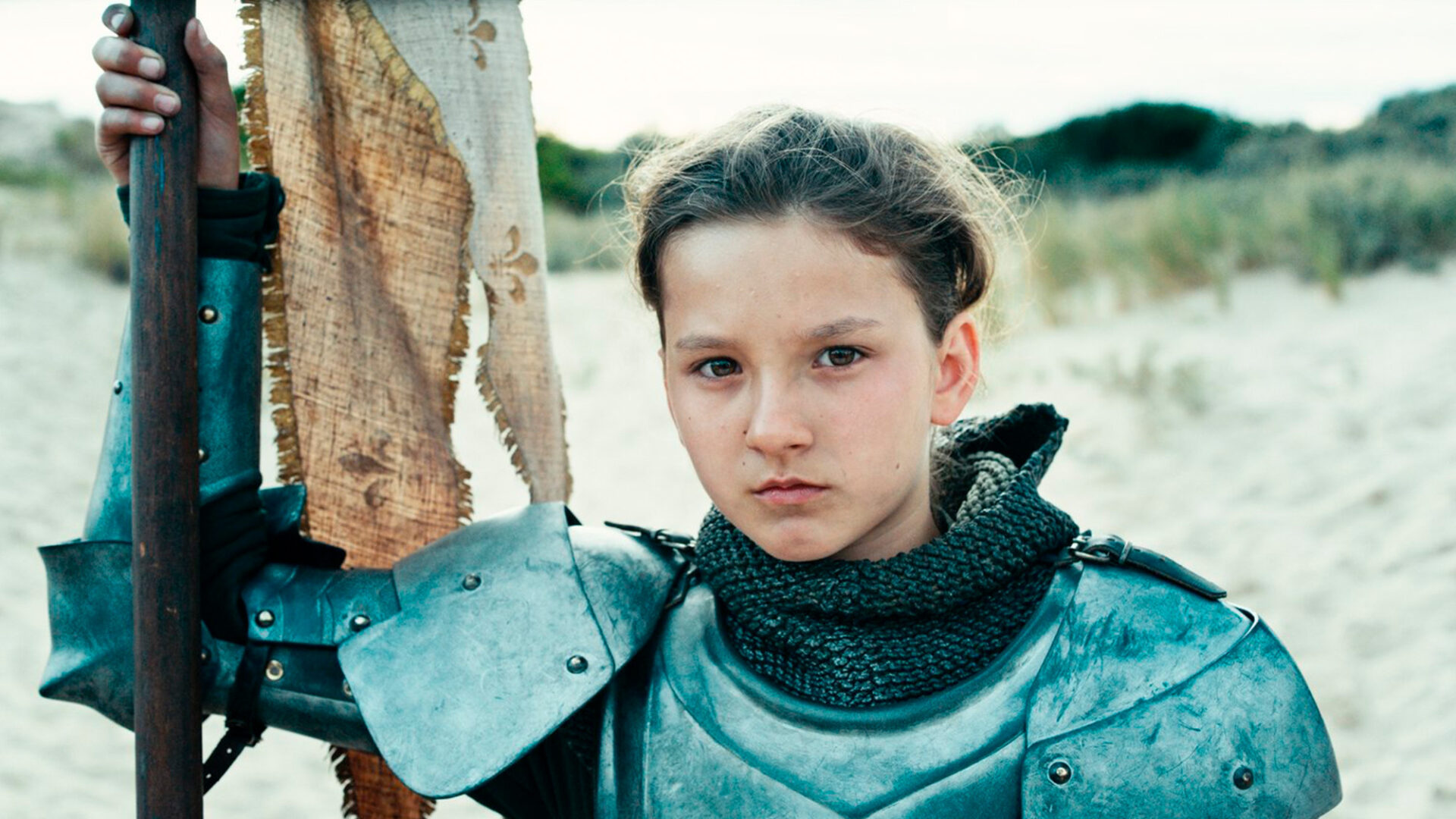 “One of the top five films of 2019 … More than ever, Bruno Dumont’s cinema confirms its originality and wealth.”

Unfailingly off-centre French filmmaker Bruno Dumont (L’Humanité, P’tit Quinquin) defies expectations once again with this polarizing and radically dissimilar sequel to his giddy electro-metal musical Jeannette: The Childhood of Joan of Arc. Picking up where that baffling 2017 curio left off, the surprisingly solemn, headbanging-free continuation finds ​“adult” Joan, now on the other side of several victories, upping the scale of her holy war against British occupiers. When she is captured and tried for heresy, her refusal to accept the charges precipitates a martyrdom well-memorialized in countless other biopics. But Dumont, marching to his own kooky drum, opts to recast Jeannette​’s eight-year-old actress Lise Leplat Prudhomme, now ten, in the title role, despite her being the much younger of the two actresses who portrayed the child heroine in the original film. The surreal conceit, played with po-faced seriousness in a script that adheres closely to Charles Péguy’s wordy play, emphasizes just how vulnerable a 19-year-old Joan was when clergymen sentenced her to burn. French popstar Christophe (who died in April) sings the songs, this time mostly offscreen.

“Jeanne is the wiser, raspier relative to the spry and turbulent Jeannette.” Blake Williams, Cinema Scope

“Intransigently individual … There could hardly be a more extreme example of a woman’s persecution by the massed ranks of the patriarchy.” Jonathan Romney, Screen

To stream this film:
Click on the ​“Stream” button above.
This will take you to KimStim’s streaming platform, where you can watch the film.
Purchase a virtual ticket for $10 CAD (you may need to create an account first).
Once a virtual ticket has been purchased, you have three days to watch the film.
This film is only available to watch in Canada.
If you are having technical issues with the stream, please contact info@​kimstim.​com