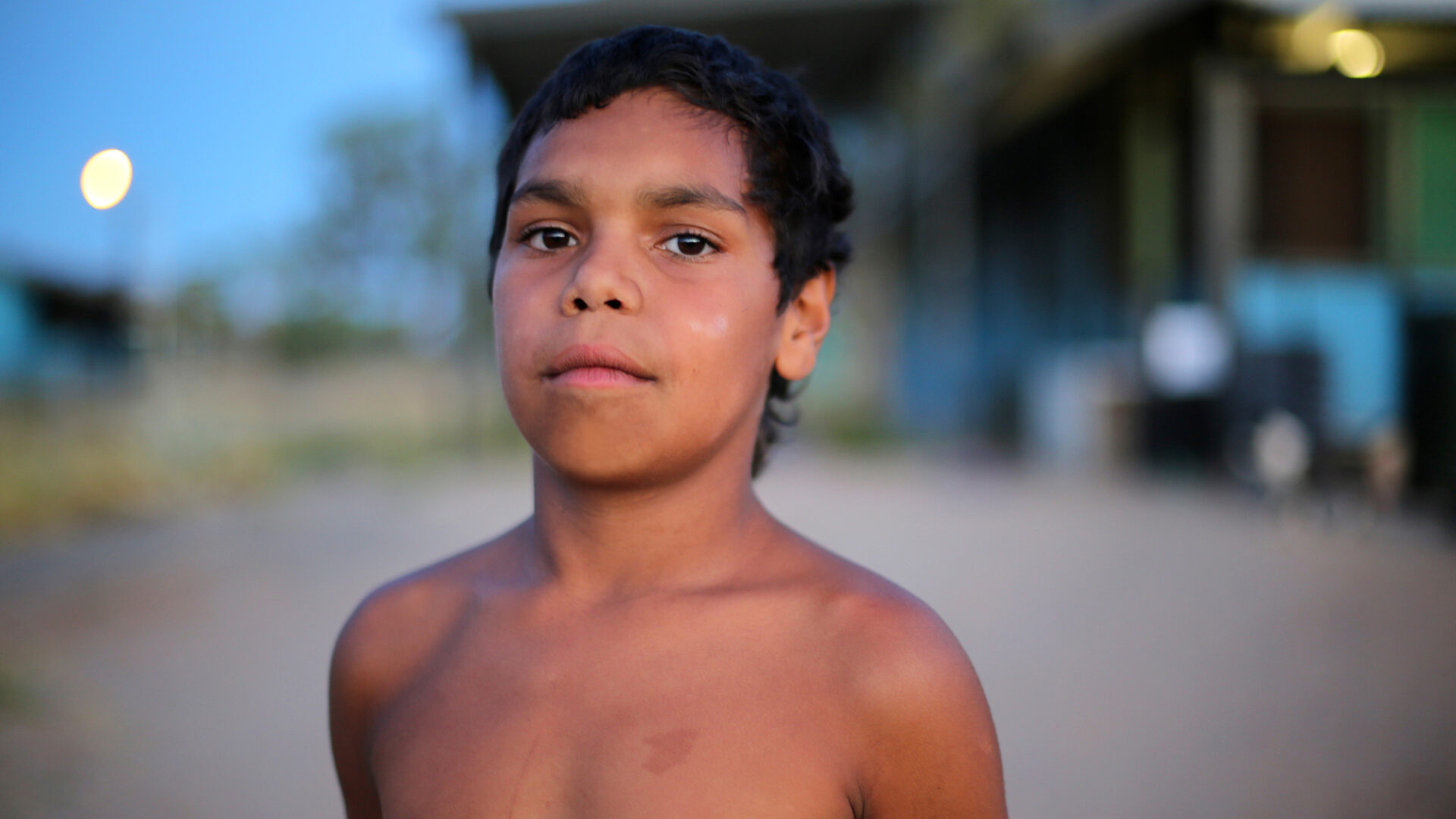 “A quietly masterful portrait of growing up Indigenous … A collaborative, open-hearted documentary.”

To complement our National Indigenous Peoples Day program, we are extending our virtual run of In My Blood It Runs until June 25.

“I was born a little Aboriginal kid. That means I had a memory — a memory about Aboriginals. I just felt something, a memory. History, in my blood it runs.” This sensitive and intimate observational documentary, made collaboratively by director Maya Newell (Gayby Baby) and the film’s subjects, profiles a ten-year-old Arrernte boy growing up near Mparntwe (Alice Springs) in Australia’s Northern Territory. Dujuan Hoosan is a smart, confident, spirited kid, gifted in traditional healing, and wise about Indigenous-settler relations and Australia’s history of injustice. Yet, as we learn, Dujuan is failing at school and starting to act out. The real failure, it is apparent, is settler society’s inability to recognize the intelligence and promise of a boy like Dujuan or fully appreciate the profound connection Indigenous Australians have to their land and traditional cultures. Dujuan is a compelling figure, and we begin to care about him, and his future, deeply. He and several members of his loving extended family are credited as collaborating directors of this affecting film.

A portion of ticket proceeds will go to the Children’s Ground charity.

“Wholly original and impactful … One of the standout world premieres at [2019’s Hot Docs] festival.” Andrew Powell, The Gate

To stream this film:
Click on the ​“Stream” button above.
This will take you to Sentient.Art.Film’s streaming platform, where you can watch the film.
Purchase a virtual ticket for $10 CAD (you may need to create an account first).
Once a virtual ticket has been purchased, you have three days to watch the film.
If you are having technical issues with the stream, please email sentient.​art.​film@​gmail.​com.