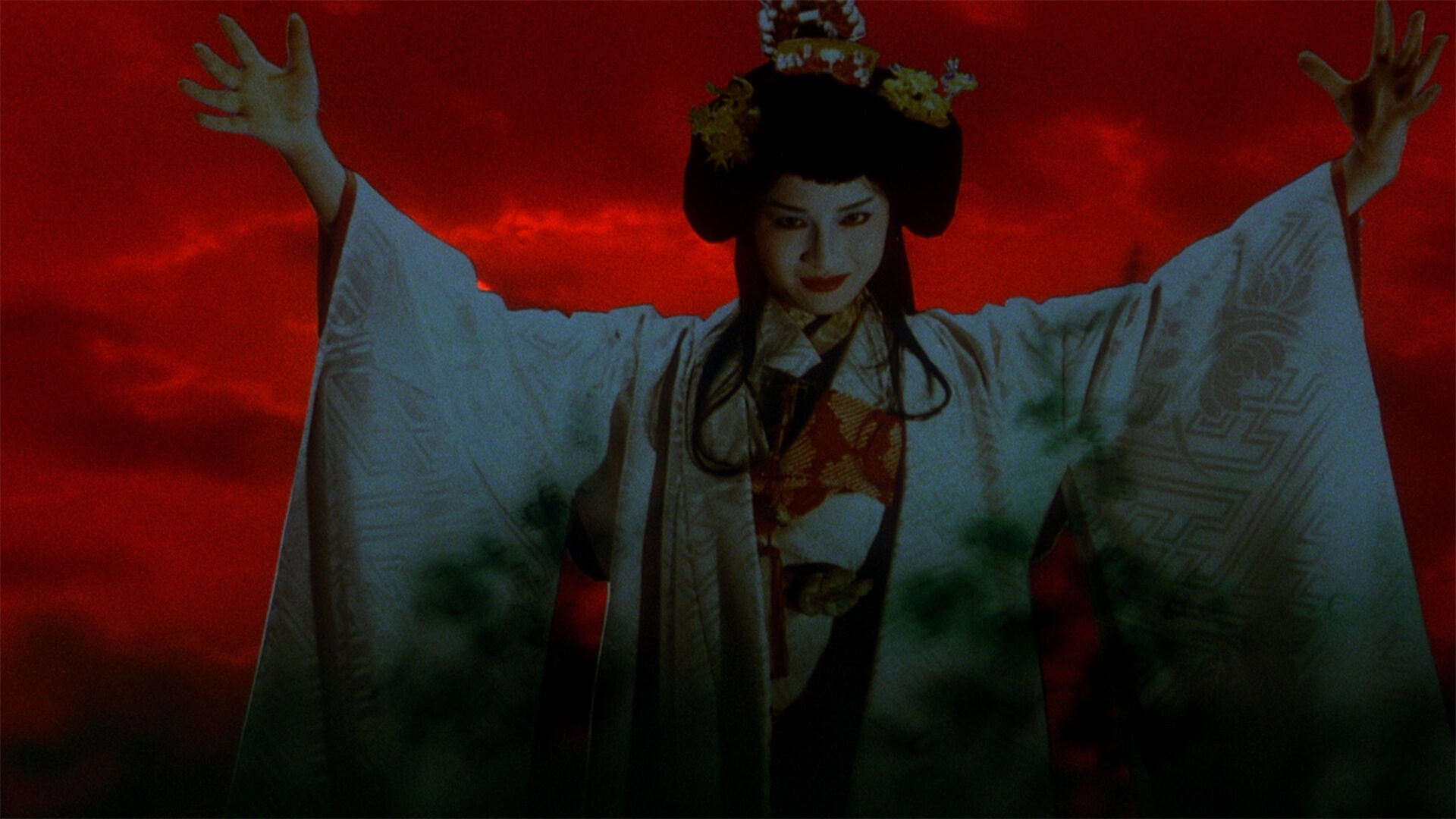 “Delirious, deranged, gonzo, or just gone, baby, gone — no single adjective or even a pileup does justice to House … A film made for late-night screening and screaming.”

Prolific Japanese director Nobuhiko Obayashi, who died in April of this year, would still be virtually unknown in the West had his gloriously demented 1977 freakout not been exhumed and unleashed on dumbfounded Anglo audiences ten years ago. An instant cult classic and riotous arthouse smash (The Cinematheque did repeat engagements of it), House is a campfire ghost-story told at the peak of a peyote trip, a haunted-house picture book rendered in crayons and jugs of red paint. It involves seven giggly schoolgirls who turn up at an aunt’s countryside home and, one by one, meet goofily gruesome deaths by some peeved-off supernatural weirdness. Obayashi keeps the episodes compulsively entertaining with immoderate helpings of matte painting, crude animation, and collage effects. The key art of a demonic orange feline, emblazoned on shirts, pins, and posters, is now shorthand for stoner cinephilia. If WTF frights are your fix, strap in for a dose of J‑horror at its absolute, unabashedly what-the-fuckiest.

“Language cannot do justice to Obayashi’s delirious horror-fantasy … You’d have to imagine Pee-wee’s Playhouse with a witch that eats schoolgirls, only amped up by a factor of 100.”