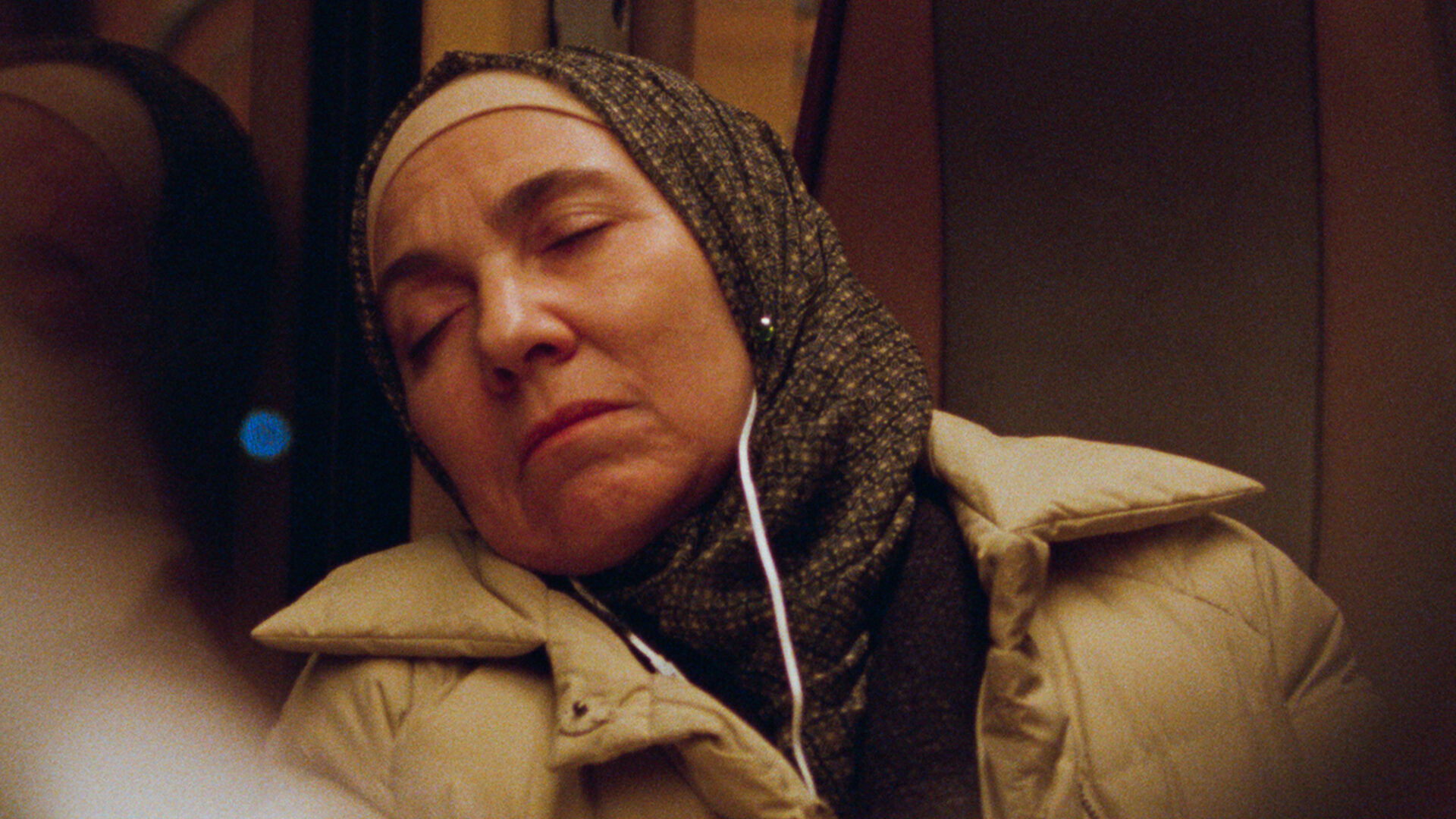 “Gorgeous … A witching hour-and-a-half that unfurls as gradually and un-threateningly as the sky lights up during dawn.”

The second feature of 2019 for gifted Belgian writer-director Bas Devos is a triumph of formal precision and quiet, aching humanism. Selected for Directors’ Fortnight at Cannes 2019, Ghost Tropic observes the gentle journey of a 58-year-old Muslim cleaning woman named Khadija (Saadia Bentaïeb) who falls asleep on the last train of the night and, unable to afford a taxi, must make her way home on foot. Travelling glacially through an empty, nocturnal Brussels lit by street lamps, neon signs, and tail lights, she encounters fellow after-hours workers — a mall security guard, a gas station attendant, paramedics — who offer her help and small company. Slowly, details of Khadija’s life gain focus through these fleeting moments of human connection with strangers. Shot in 4:3 in granular 16mm, this unassuming work abounds in exquisite night-time compositions, saturated in glowing red, green, and blue hues, and captivatingly out-of-place soundscapes. Director Devos completed the movie mere months after his previous picture, Hellhole, premiered at the 2019 Berlinale.

To stream this film:
Click on the ​“Stream” button above.
This will take you to Cinema Guild’s streaming platform, where you can watch the film.
Purchase a virtual ticket for $12 CAD (you may need to create an account first).
Once a virtual ticket has been purchased, you have three days to watch the film.
If you are having technical issues with the stream, please email info@​cinemaguild.​com

“A stunning little gem … A beautifully observed, hushed nocturnal odyssey … This is the kind of really small movie that is actually really great.”

“In modest fashion, this poetic Belgian feature manages to say a good deal about life, death, and the state of the globalized world … A compressed epic.”