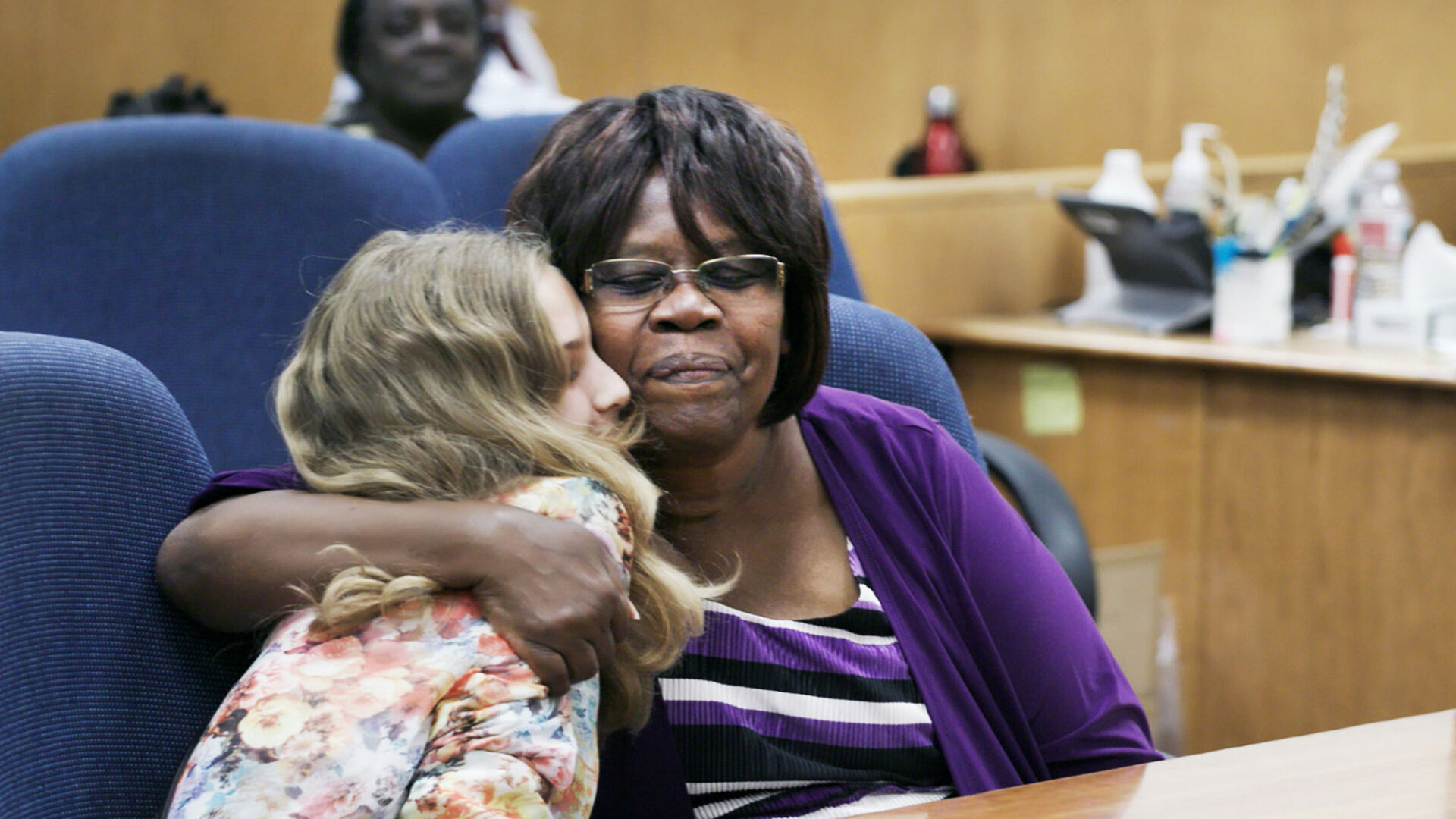 “An intimate, intensely dramatic film that holds us in its grip like a page-turning novel. Except it’s all true.”

A revealing first-hand look at the foster care system in the United States, as experienced by young people within the system, and by those working tirelessly to support them. The latest collaboration between writer-director Mark Jonathan Harris and producer Deborah Oppenheimer (their 2000 documentary Into the Arms of Strangers: Stories of the Kindertransport won an Academy Award), FOSTER journeys into the inner workings of The Los Angeles County Department of Children and Family Services, the largest county child welfare system in the country. Here we meet Dasani, a whip-smart 16-year-old at a crossroads; Mary, just aged out of foster care and struggling to achieve independence; and Chris and his girlfriend Raeanne, a young mother struggling with addiction and trying to be reunified with the couple’s newborn daughter. Taking two years to research and negotiate access (each young subject required some 35 different people to sign off on the filming) and two more years to shoot, FOSTER explores a complex subject with both a critical and compassionate eye.

Virtual access to a film is provided for seven days, at the conclusion of which we present an online seminar featuring conversations with special guests and an audience Q&A via Zoom.

Register to watch the film and receive an invite to a free live Zoom Q&A with FOSTER writer-director Mark Jonathan Harris, producer Deborah Oppenheimer, and film subject Jessica Chandler, who will be joined by B.C. advocate Katherine McParland and Vancouver filmmaker Bruce Spangler.

To stream this film & register for the Q&A:
Click on the ​“Stream” button above.
Register for your free virtual ticket, which will include the password required to stream the film and a link to the live Zoom Q&A.
This program is free to watch. (Donations gratefully accepted.)
Cinematheque membership is not required.

Co-sponsored by A Way Home Kamloops

Deborah Oppenheimer is an Academy Award-winning producer who made her feature film debut with the Oscar-winning documentary Into the Arms of Strangers: Stories of the Kindertransport. She is a prolific producer for cable and network television, and since 1994 has mentored a former foster youth who served a tour of duty in Iraq.

Jessica Chandler is a feature subject in FOSTER. As a former foster child, a young single mother, and now a social worker herself, she brings a unique perspective as both a former client and an advocate in the foster system. She is a graduate of the MSW program at Cal State Northridge.

Katherine McParland grew up in the foster care system in B.C. and has experienced extensive periods of homelessness. She is the founder and Executive Director of A Way Home Kamloops, a non-profit devoted to ending youth homelessness and ensuring access to safe housing, and a graduate of the Masters of Social Work Leadership program at the University of Calgary.

Bruce Spangler is a filmmaker, composer, and teacher. He is a former B.C. Child Protection Social Worker and a graduate of Simon Fraser University’s film program. His award-winning debut feature Protection (presented at Frames of Mind in 2004) was a drama based on his own experiences as a front-line child protection investigator.