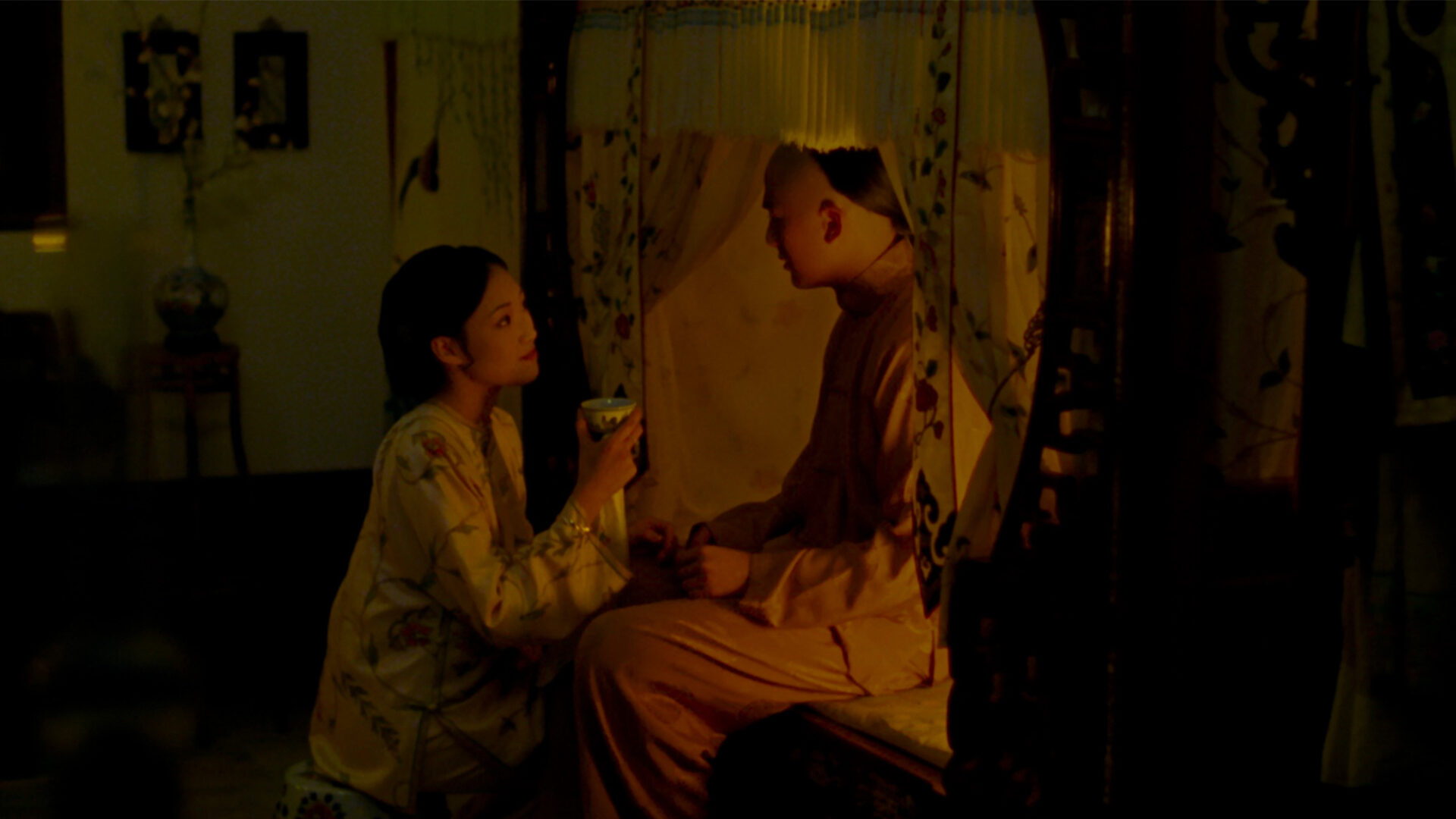 “Perfect … One of the most beautiful films ever made.”

Ravishing visuals and remarkable rigour are hallmarks of Taiwanese eminence Hou Hsiao-hsien’s exquisite 1998 masterpiece, set in several ornate brothels (or ​“flower houses”) in late-19th-century Shanghai. There, amidst the opium haze, courtesans (“flower girls”) and their gentlemen callers enact elaborate rituals of commerce, courtship, and romance. Hou tells the story of five such ​“flowers”; his sensitivity to the social position and inner emotional lives of these women recalls the great geisha films of Japanese masters Mikio Naruse and Kenji Mizoguchi. Shooting entirely within the studio, Hou employs long takes, breathtaking compositions, subtle camera movements, and blackout transitions to conjure up a lavish, insular lost world of extraordinary intricacy. Tony Leung Chiu-Wai and Michiko Hada star. Flowers of Shanghai capped a string of remarkable works in the 1990s that saw Hou widely recognized as one of the most important directors alive. It streams here in a new 4K restoration.

To stream this film:
Click on the ​“Stream” button above.
This will take you to Janus Films’s streaming platform, where you can watch the film.
Purchase a virtual ticket for $10 USD (you may need to create an account first).
Once a virtual ticket has been purchased, you have three days to watch the film.
This film is only available to watch in Canada.
If you are having technical issues with the stream, please click here.

“From The Puppetmaster to Flowers of Shanghai (masterworks both), Hou was the deepest, richest, and most daring filmmaker working anywhere.”