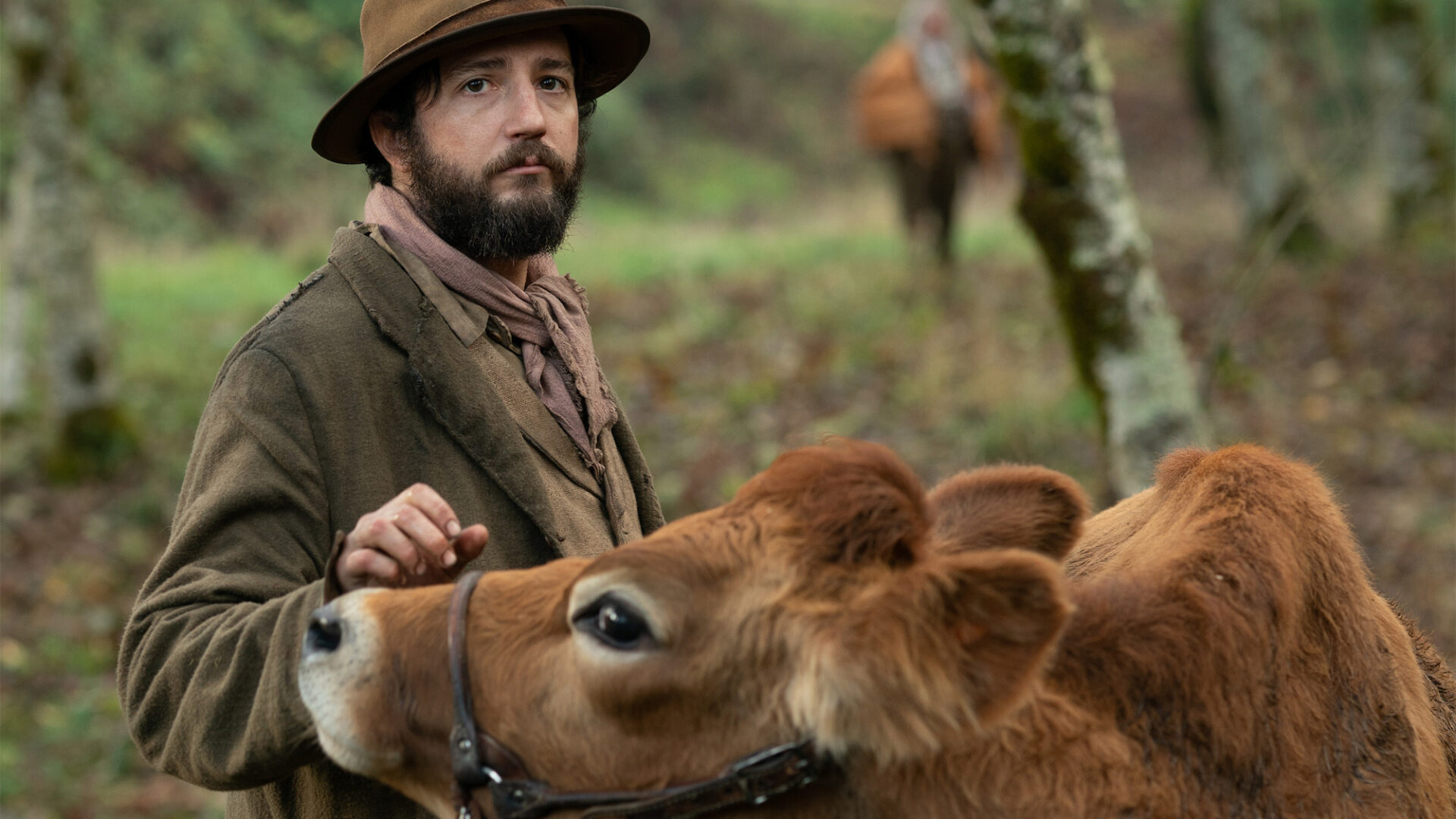 “Kelly Reichardt’s latest film is a fable, a western, a buddy picture, and a masterpiece.”

Kelly Reichardt continues to prove she is the best working filmmaker in America with her sublime seventh feature, yet another masterpiece in the indie laureate’s stable of deceptively small-scale cinema. Returning to the Pacific Northwest following Certain Women​’s winning detour to Montana (we named that 2016 picture one of the decade’s best), First Cow also reunites the New York-based director with frequent co-writer Jon Raymond, whose debut novel The Half-Life provides the elements for this pared-down adaptation. Set in the wilderness of 19th-century Oregon Territory, the subtly profound film tells of the friendship and fraternal love between a quiet, tender fur-trappers’ cook (John Magaro) and a venturous Chinese immigrant (Orion Lee). When a dairy cow, the prized property of a wealthy English landowner (Toby Jones), arrives in the region, the two hatch a plan to steal the bovine’s milk to bake and sell delicious ​“oily cakes” for a tidy profit. Reichardt, in her second frontier film (after Meek’s Cutoff), imbues the modest tale with hushed artistic eloquence and a lived-in sense of authenticity — her auteurial fortes. The spare, fingerpicking score is by Nashville guitarist William Tyler.

“One of the best of the year so far … First Cow is a masterwork of indie cinema.”

“Another allusive and quietly graceful tale of human connection set against the great American wilderness, the acclaimed director’s favourite canvas.”