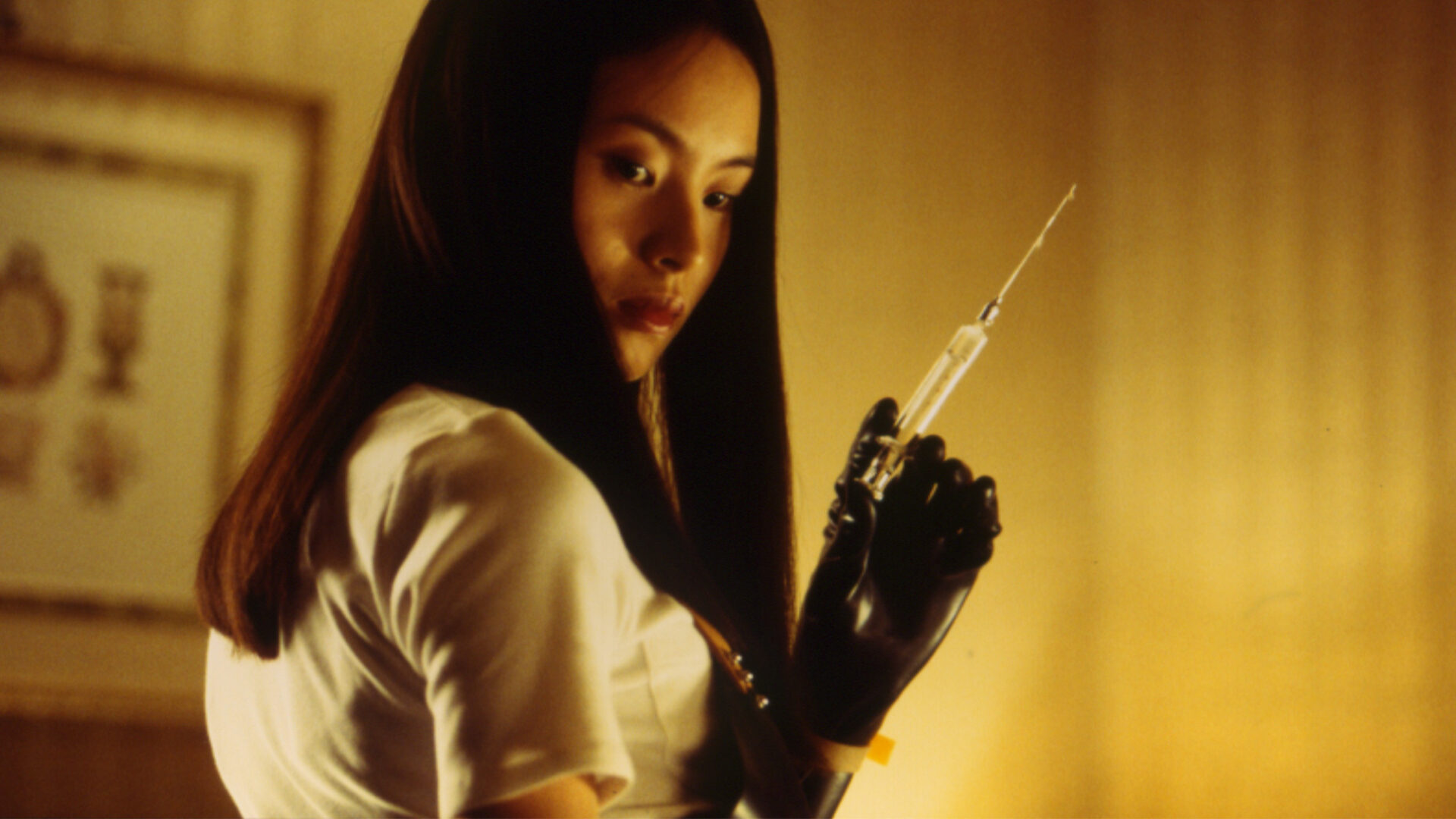 “An almost unclassifiable masterpiece of J‑horror.”

The last great date movie of the 20th century? Well, up until those gnawing, slow-drip hints that maybe all is not as it seems, sure. But oh lordy, sorry lovebirds, you’re in for a bitter pill! Japanese extremist Takashi Miike (Ichi the Killer) exploded onto the international stage with this shocker of a slow-burn, bait-and-switch horror flick. On the heels of Hideo Nakata’s Ring, Audition offered an alternative, decidedly arthouse take on the nascent ​“J‑horror” film — one grounded in human cruelty and doused in surgically severed limbs. (Eli Roth, no surprise, is a fan.) When a recently widowed film producer (Ryo Ishibashi) decides to hold mock movie auditions to vet the dating pool, his enchantment with enigmatic twentysomething Asami (Eihi Shiina) parlays into a romance with, um, unforeseen strings. Hailed as a feminist up-yours to the stereotype of submissive Japanese women, criticized as a misogynistic torture-porn progenitor, Audition is one of the most infamous nerve-shredders in horror-movie history.

“Along with Psycho, Audition is one of the great gearshift movies, starting out as one thing and then transitioning on a dime into something else entirely.”