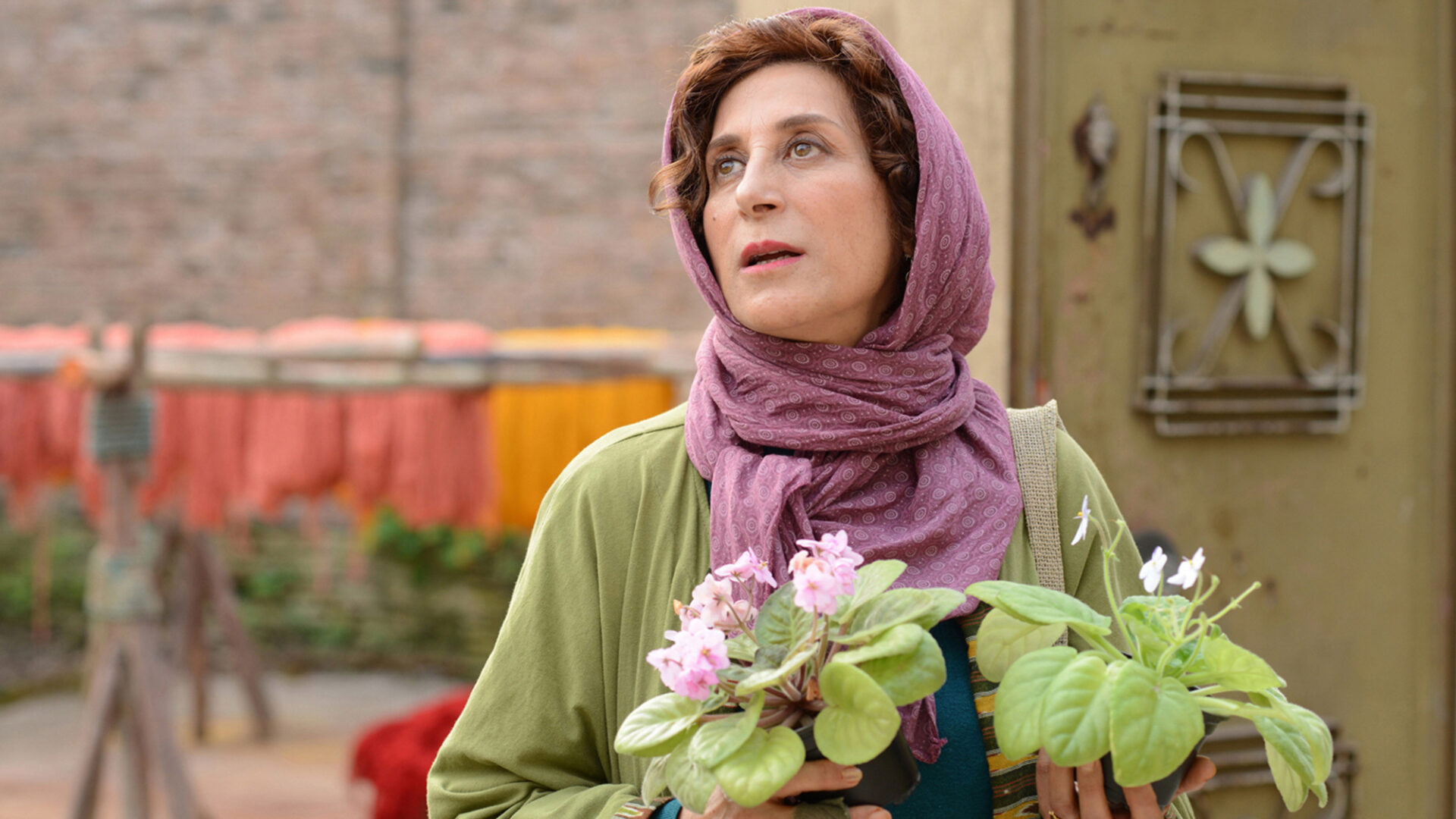 African violets are delicate flowers that require special care and attention. This delicate domestic drama, the second feature of director Mona Zandi Haghighi, casts renowned actress Fatemeh Motamed-Aria (sometimes called ​“the Meryl Streep of Iran”) as Shokoo, who’s in her fifties and married for the second time. When she learns that her much-older first husband Fereydoun (Reza Babak) has been placed in a nursing home by their inconsiderate children, Shokoo decides to intervene. With the begrudging consent of current husband Reza (Saeed Aghakhani), she moves the obstinate Fereydoun into her home, where the awkward cohabitation plays out in unexpected ways. Haghighi’s affecting film offers a compassionate, observant, gently humoured look at life for those of middle age and beyond. Her first feature, 2006’s Friday Evening, won awards at Fajr and Thessaloniki.

To stream this film:
Click on the ​“Stream” button above.
This will take you to Venera Films’s streaming platform, where you can watch the film.
Purchase a virtual ticket for $10 USD (you may need to create an account first).
Once a virtual ticket has been purchased, you have three days to watch the film.
If you are having technical issues with the stream, please email venerafilmz@​gmail.​com