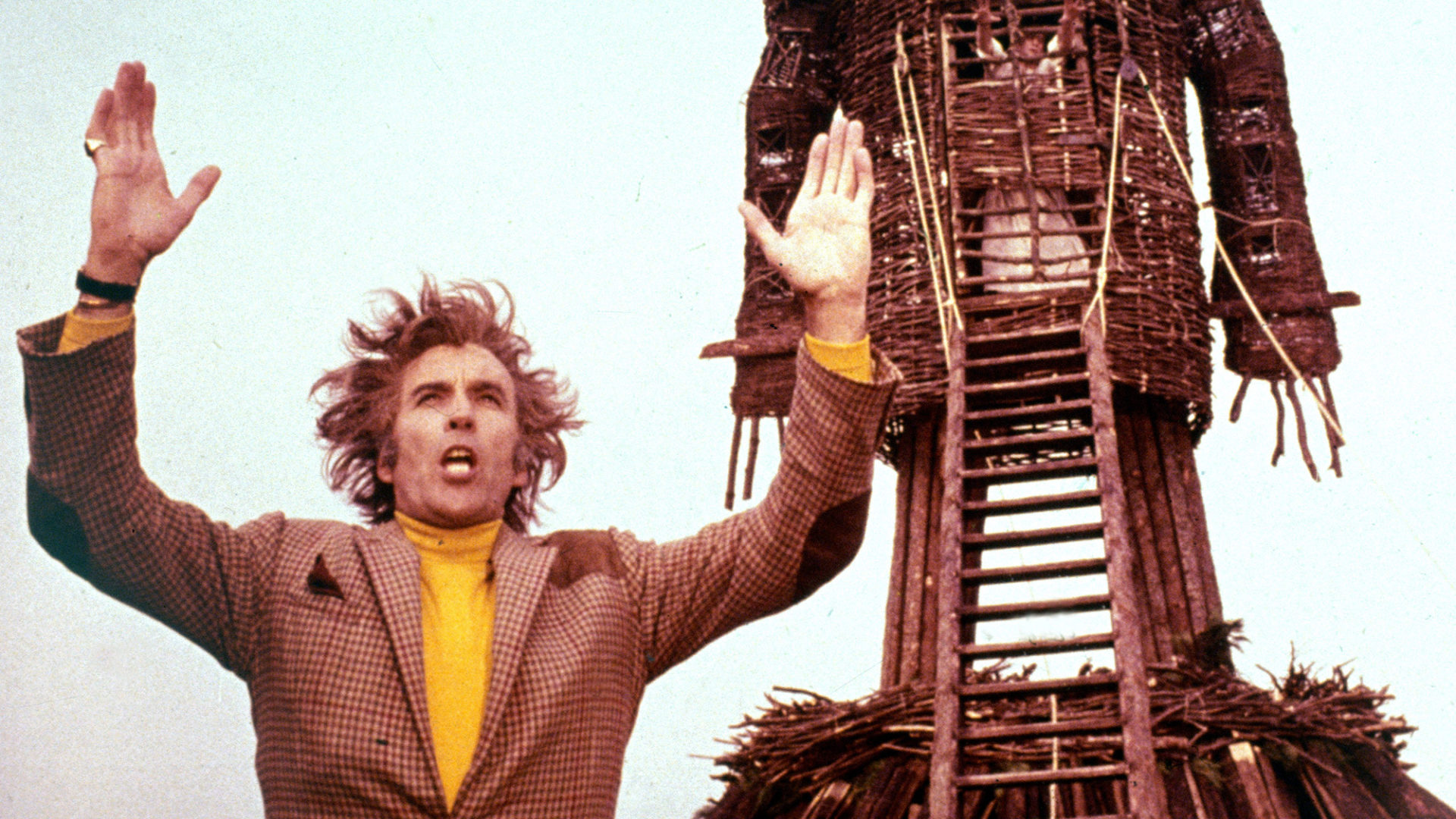 “Influential not just on subsequent horror cinema, but on the thriller genre in general … One of the five best horror films of all time.”

Robin Hardy’s heathen-horror masterpiece remains the bedrock of the folk horror subgenre. Written by Sleuth scribe Anthony Shaffer as an against-type vehicle for Hammer Horror icon Christopher Lee, this inexhaustibly eerie film revolves around a devoutly Christian cop (Edward Woodward) investigating the disappearance of a girl on a remote Scottish isle. The kicker: the locals are a pagan sex cult, who deny any knowledge of the missing child. Lee plays their affable leader, suspected of engineering a macabre cover-up; Bond girl Britt Ekland is a booty-slapping barmaid. The film’s eponymous effigy has roots in the recorded (albeit contested) sacrificial rites of the ancient Druids. Hacked down to a B‑movie runtime for its original 1973 release (in a sublime bill with Roeg’s Don’t Look Now), this 40th anniversary ​“final cut” is the director’s definitive version. ​“Come. It’s time to keep your appointment!”

“The Citizen Kane of horror movies.”