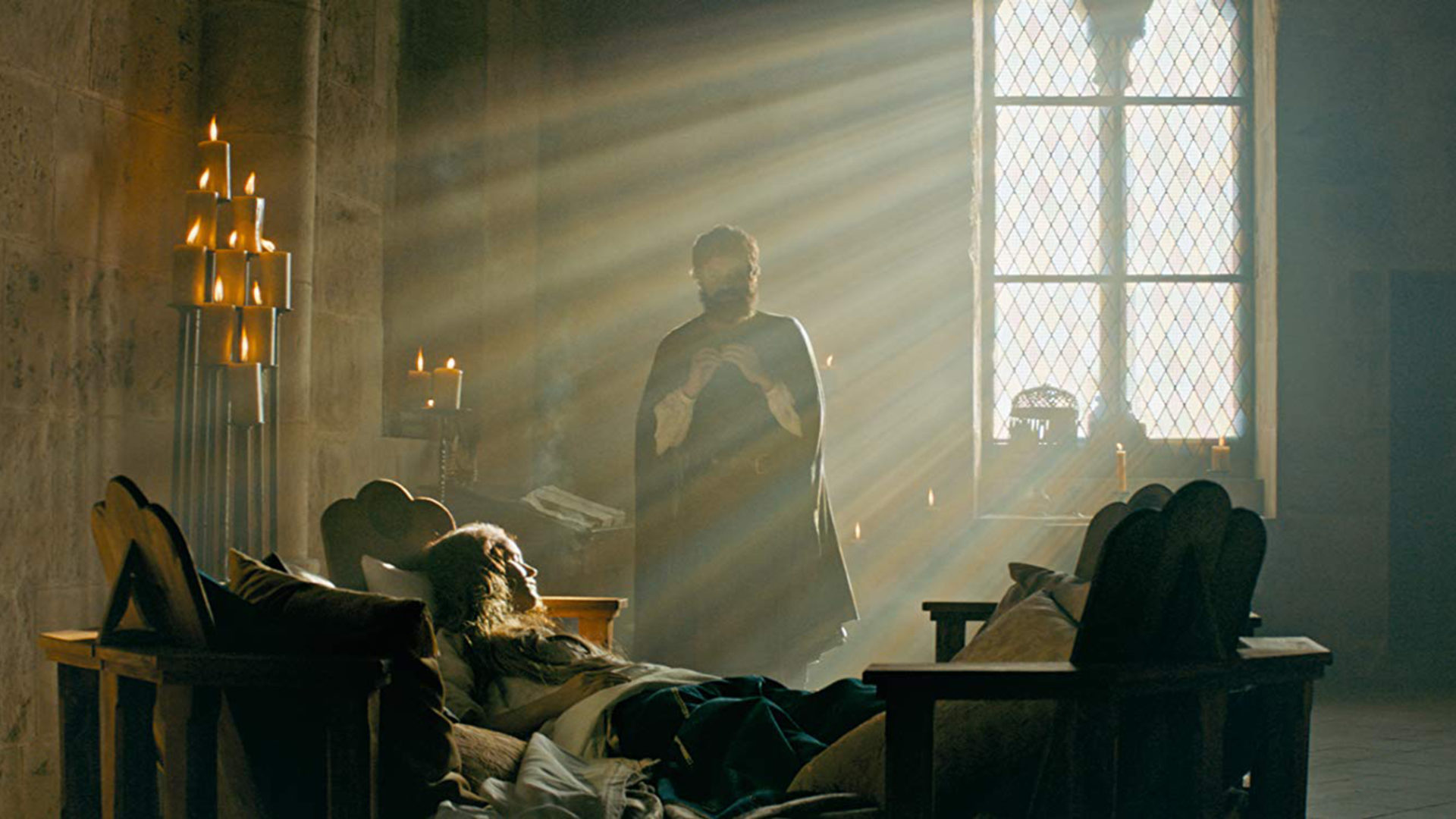 The legend of a Portuguese king who exhumed his beloved’s corpse is atypically imagined in António Ferreira’s inventive, time-bending romancer. In 14th-century Portugal, Don Pedro, heir to the throne, incurred the wrath of the King for carryings-on with Inês de Castro, a Spanish maid. Through a network of intrigues, Inês was assassinated. Upon his father’s death, the newly crowned Pedro enacted his revenge by executing Inês’s killers, exhuming her corpse, and proclaimed her Queen in a public coronation. The love burning beneath that infamous (and historically dubious) episode is the stuff of Ferreira’s beguiling film, which reimagines the couple’s cursed affair over three distinct epochs: medieval, modern, and dystopian future (a route similarly taken in Aronofsky’s underrated The Fountain). Holding the timeline together is a version of Pedro (Diogo Amaral) in psychiatric care, adrift in delirium.