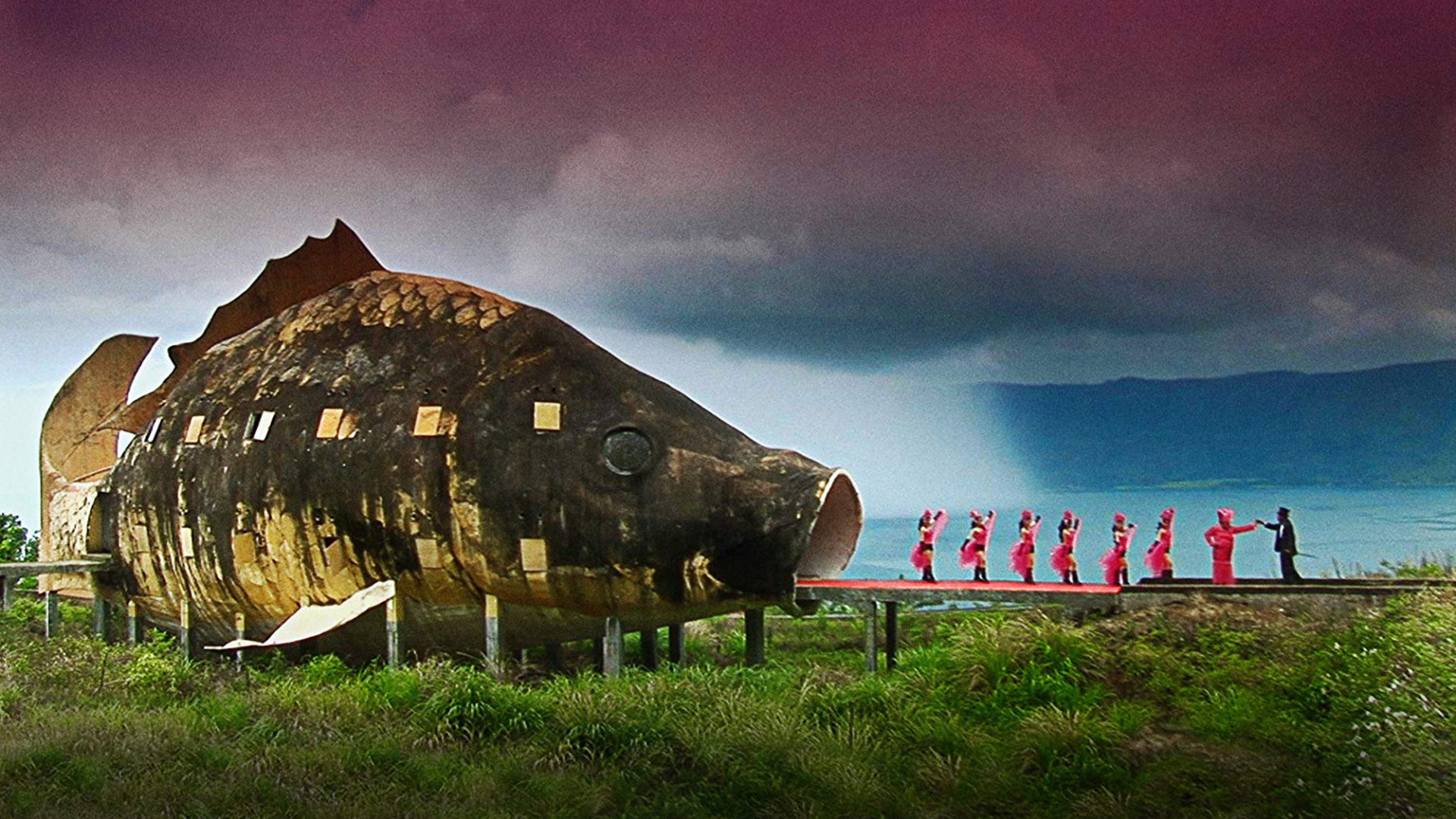 “I have not seen a film as powerful, surreal, and frightening in at least a decade … It is unprecedented in the history of cinema.”

One of the most conceptually innovative and ethically disorientating films in recent memory, The Act of Killing immediately ushered its maker, American-born, Denmark-based director Joshua Oppenheimer, into the echelon of documentary greats. (A stature shared with executive producers Errol Morris and Werner Herzog.) Eight years in creation, this Oscar-nominated work exhumes an episode of Indonesia’s past the country has yet to reckon with: the genocide of hundreds of thousands, if not millions, of Indonesians during the anti-communist purge of 1965–1966. The surviving perpetrators, celebrated as heroes by the still-ruling regime that orchestrated the ​“cleanse,” are invited by Oppenheimer to reenact their mass killings in the style of Hollywood movies they idolize — and from which they disturbingly drew inspiration. The uncanny result is a captivating and deeply troubling meditation on war-crime impunity, national trauma, and cinema as an accomplice to, and possibly exorcist of, human evil.

“A major achievement … To dub Joshua Oppenheimer’s documentary a masterpiece is at once warranted and yet somehow limiting, the term too narrow for what the first-time American filmmaker achieves with his debut.”