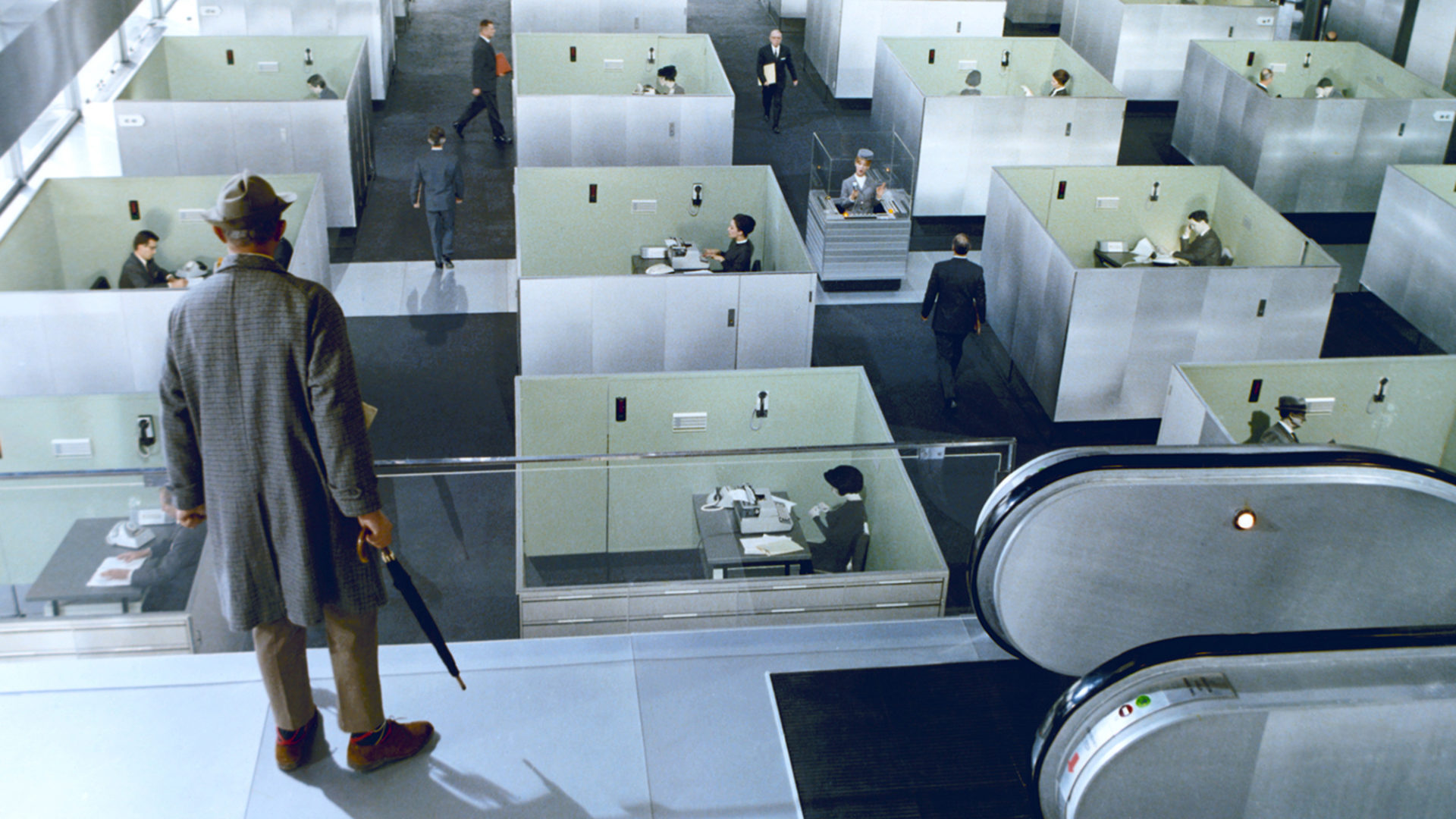 “The most visually inventive film of the ​’60s is also one of the funniest.”

French comic genius Jacques Tati’s crowning achievement is one of the glories of French cinema and a favourite of many film lovers. Monumental and visionary — and cripplingly expensive (it bankrupted the actor-director) — Playtime was filmed at an elaborate mini-city (nicknamed Tativille) constructed for Tati in a Paris suburb. The narrative setup has hapless M. Hulot (Tati’s character in a series of brilliant films) entangled with a troop of American tourists in a Paris like you’ve never seen before: a modernist mass of gleaming glass, steel, and gadgets. Tati’s wondrous, nearly wordless movie offers an astonishingly imaginative exploration (and send-up) of architecture and antiseptic modern life. Gags teem in every corner; the musique concrète sound is a blast.