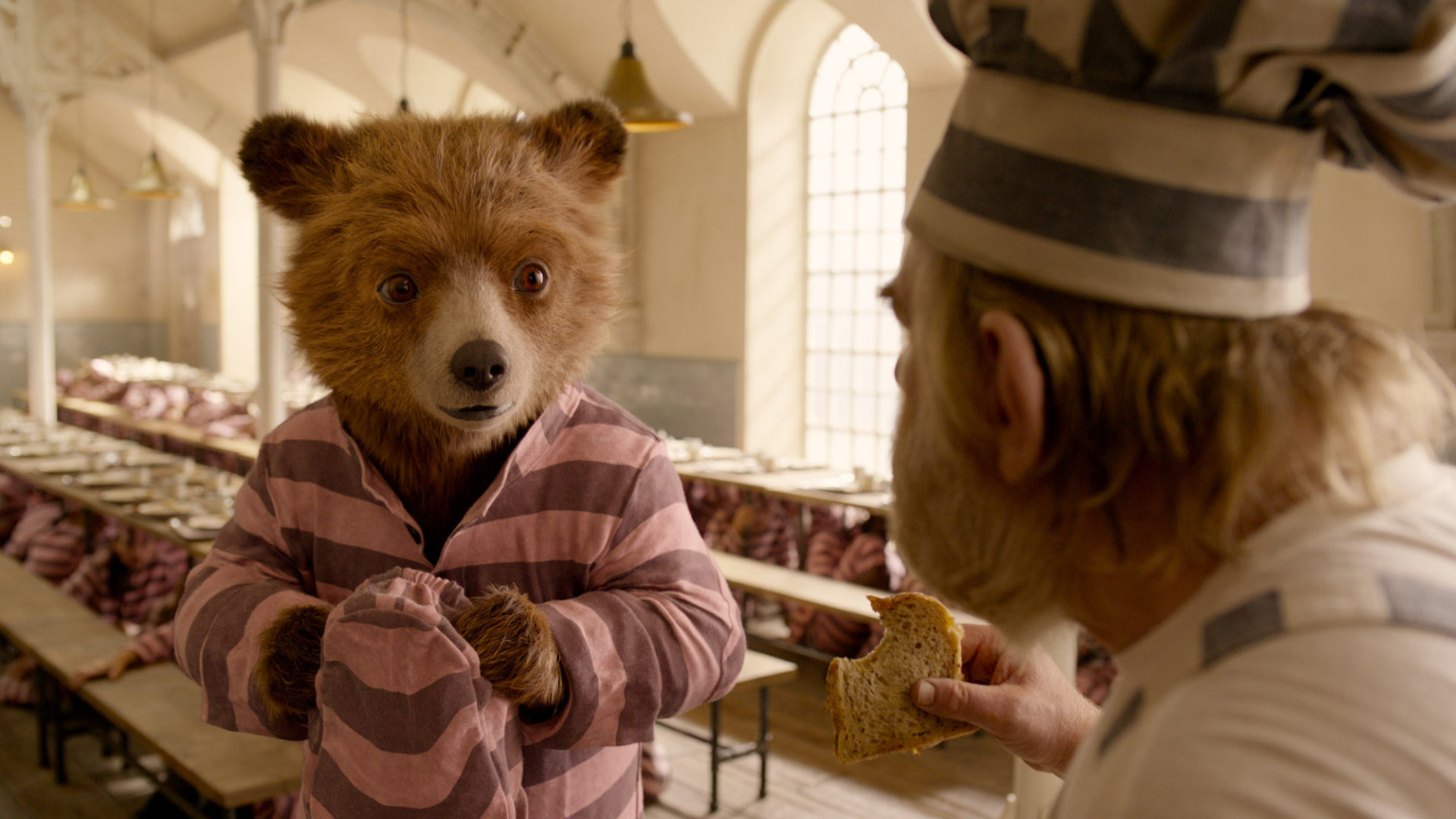 “Children deserve more movies like Paddington 2, and honestly, so do adults.”

Certified super-duper ​“fresh” by Rotten Tomatoes (it’s the best-reviewed film in the site’s history), Paddington 2 was exactly the balm everyone needed in a decade marked by perplexing acts of unkindness and intolerance. This jubilant, Wes Anderson-esque sequel to the 2014 hit (also directed by Paul King) finds adorably pea-coated Paddington Bear working odd jobs in London to afford a birthday present for his far-away aunt, turning 100. His heart is set on an antique pop-up book, but when it goes missing, our marmalade-loving furball is framed for theft and thrown in the slammer. Hugh Grant has a ball playing a villainous washed-up actor; Sally Hawkins, Brendan Gleeson, and Jim Broadbent round out the human players. Delightfully droll and genuinely affecting, Paddington 2 is ​“a disarming, refreshing wallow in kindness” (Bilge Ebiri, Village Voice).

“Paddington 2 should be prescribed as an antidote to anyone who finds the madness of the modern world a bit wearing. It’s probably possible to not absolutely love it, but it’s hard to see how.”

In the spirit of The Cinematheque’s current Best of the Decade celebration, Film Club presents two of its oh-so-favourite kids’ films from the recently bygone 2010s!

To celebrate National Popcorn Day, everyone can enjoy a free bag of popcorn at this screening.