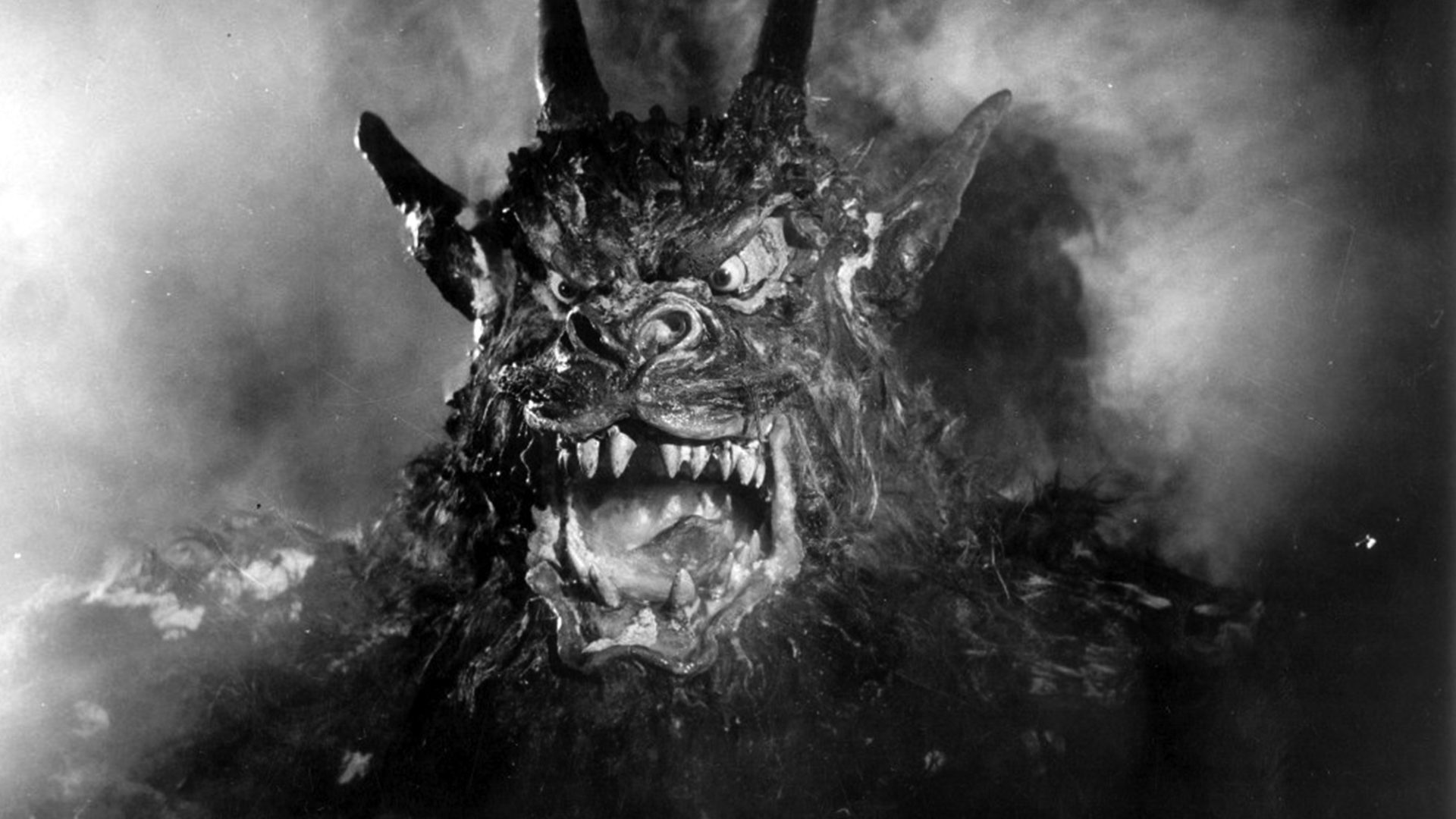 “One of the 100 best horror films … An object lesson in frightening the audience out their seats.”

Leave it to RKO alum Jacques Tourneur, who made high-art horror out of B‑movie fodder with Cat People and I Walked With a Zombie, to elevate this British quickie into a formative folk-horror classic! Adapted by Hitchcock screenwriter Charles Bennett from the 1911 short story ​“Casting the Runes,” it stars Laura​’s Dana Andrews as an American psychologist lured to London to debunk claims that a satanic curse killed his colleague. Gun Crazy​’s Peggy Cummins is the deceased’s niece, who aids the outsider when he’s death-hexed by an occultist clown. Despite Tourneur’s objections, the producer inserted the titular demon — a grotesque waking nightmare — into the first reel, leaving zero doubt that the Dark Arts are legit. The film, recut and released as Curse of the Demon in the States, screens here in its full-length British version.

“A masterpiece of fright.”