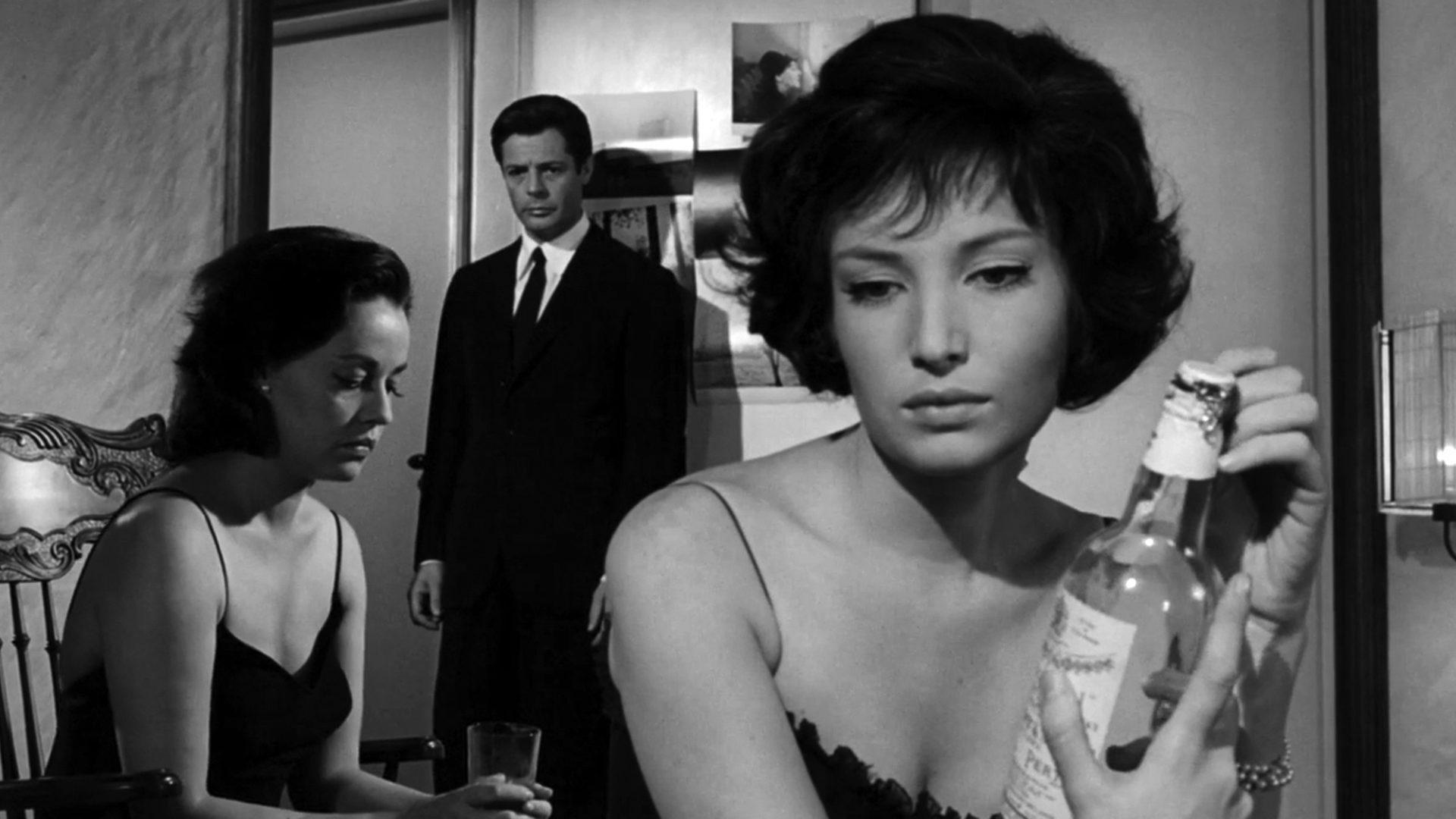 “A visually dazzling yet psychologically dislocating pageant … Antonioni captures vast currents of shifting power — whether sexual or cultural — in chilling and resonant details.”

Winner of Berlin’s Golden Bear in 1961, Antonioni’s striking modernist film charts twenty-four hours in the deterioration of a troubled marriage. Marcello Mastroianni is a successful novelist; Jeanne Moreau is a bored socialite. A day and night of posh cocktail parties and nightclubs, and a confrontation with mortality, increases the couple’s estrangement — from each other, and from the modern industrial city (Milan) around them. Antonioni mainstay Monica Vitti co-stars. La Notte falls between L’Avventura and L’Eclisse in a celebrated string of sleek, chic films Antonioni made about contemporary alienation and ennui. The effective use of architecture to advance his themes is characteristic of the director’s best work. La Notte​’s most famous scene has Moreau on a meandering walk through Milan’s deserted streets, and recalls her similar perambulation through Paris in Louis Malle’s Elevator to the Gallows (screened at The Cinematheque in July).