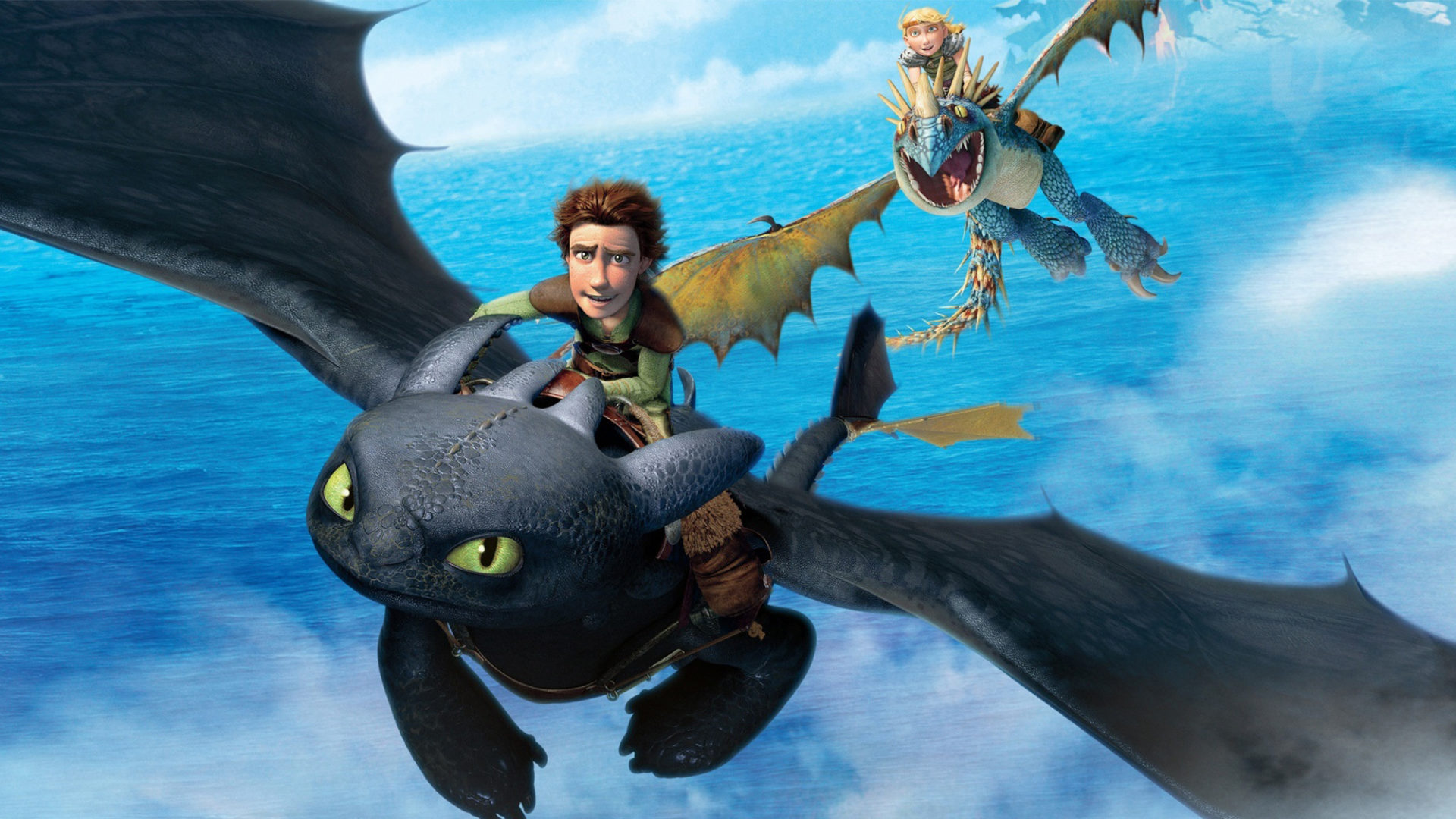 “Undoubtedly Dreamworks’s best film yet, and quite probably the best dragon movie ever made.”

One of our favourite kids’ films of the decade, this smart, super funny, and humongously big-hearted CG adventure boasts the most affecting human-animal palship this side of Lilo & Stitch. (No surprise, it’s made by the same writer-director duo!) On a Viking island plagued by livestock-nabbing dragons, Hiccup (voiced by Canadian Jay Baruchel), the misfit son of the village’s muscly chieftain, is deemed too scrawny to tussle with fire-breathing reptiles. But when one of Hiccup’s homemade contraptions actually captures a dragon, he finds himself unable to handover — let alone kill — the injured creature. Hiccup resolves to nurse his new companion, whom he names Toothless, back to health — in secret! The top-prize winner at the 2011 Annie Awards (besting Toy Story 3), this Oscar-nominated triumph sparked a full-fledged Dragon franchise, with two sequels, a six-season TV show, and video games to boot.

How to Train Your Dragon screens here in its 2-D version.
Cinematheque membership not required