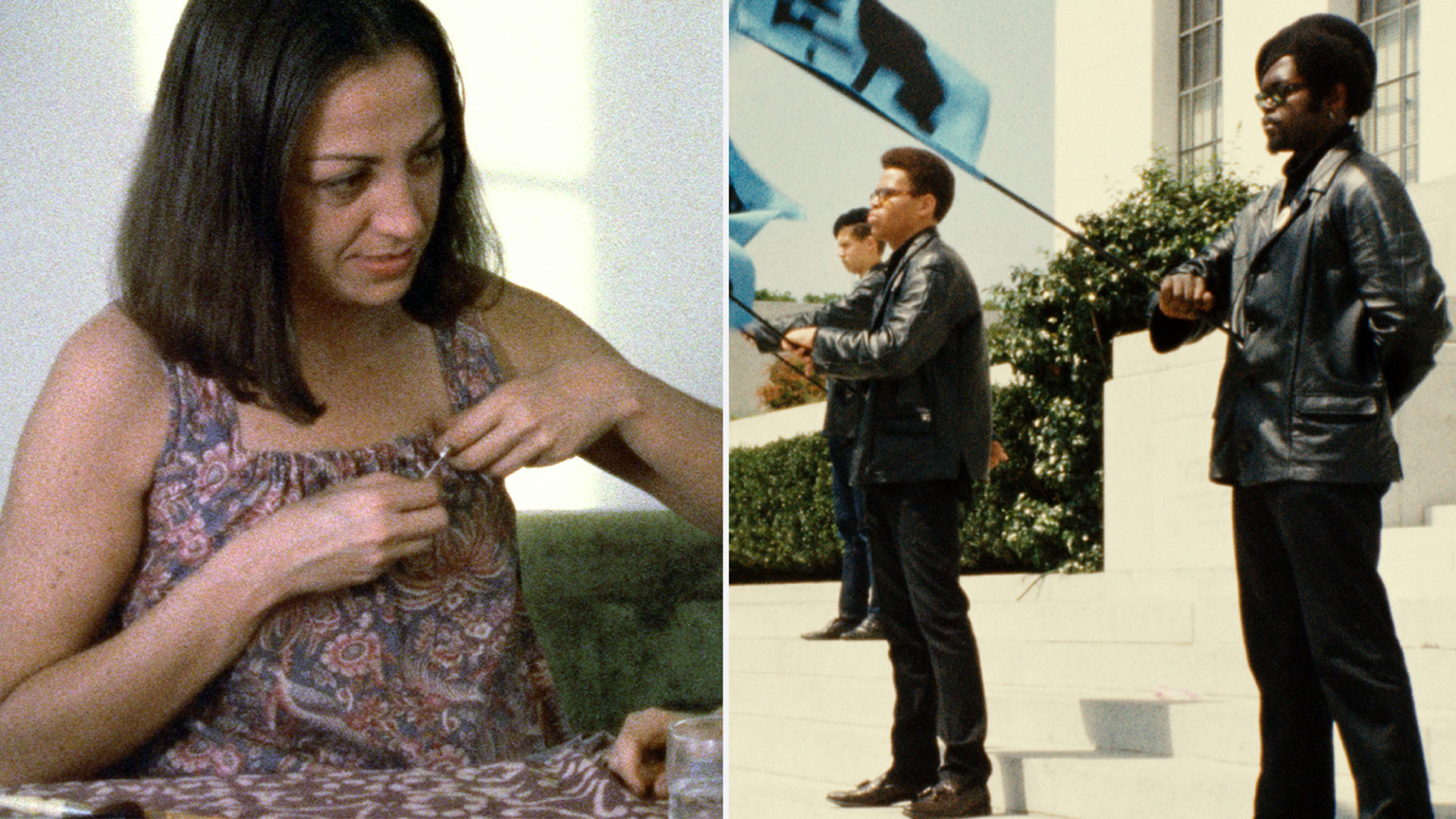 Made directly after Mur Murs and very much its companion film, Documenteur stages a sombre, deeply personal tale of urban isolation against the same muralled Los Angeles explored in Varda’s 1980 documentary. Quiet in tone and modest in length, the auto-fiction stars Sabine Mamou (Varda’s editor) as Emilie, a Frenchwoman in Southern California adjusting to single motherhood following a split from her longtime partner — an episode mirrored in Varda’s own life. (She had recently separated from husband Jacques Demy.) Emilie’s child is played by Mathieu Demy, Varda’s son. In a moment of brilliant intertextuality with Mur Murs, Emilie is hired by a documentary crew to narrate a film about the city’s outdoor murals. Tempting as it is to read Documenteur as open dairy, the film’s winking title suggests untruths afoot (“menteur” is ​“liar” in French).

The incarceration of Black Panthers co-founder Huey P. Newton, and the public protests his arrest incited, are the subjects of Varda’s electrifying political short, her second California film.