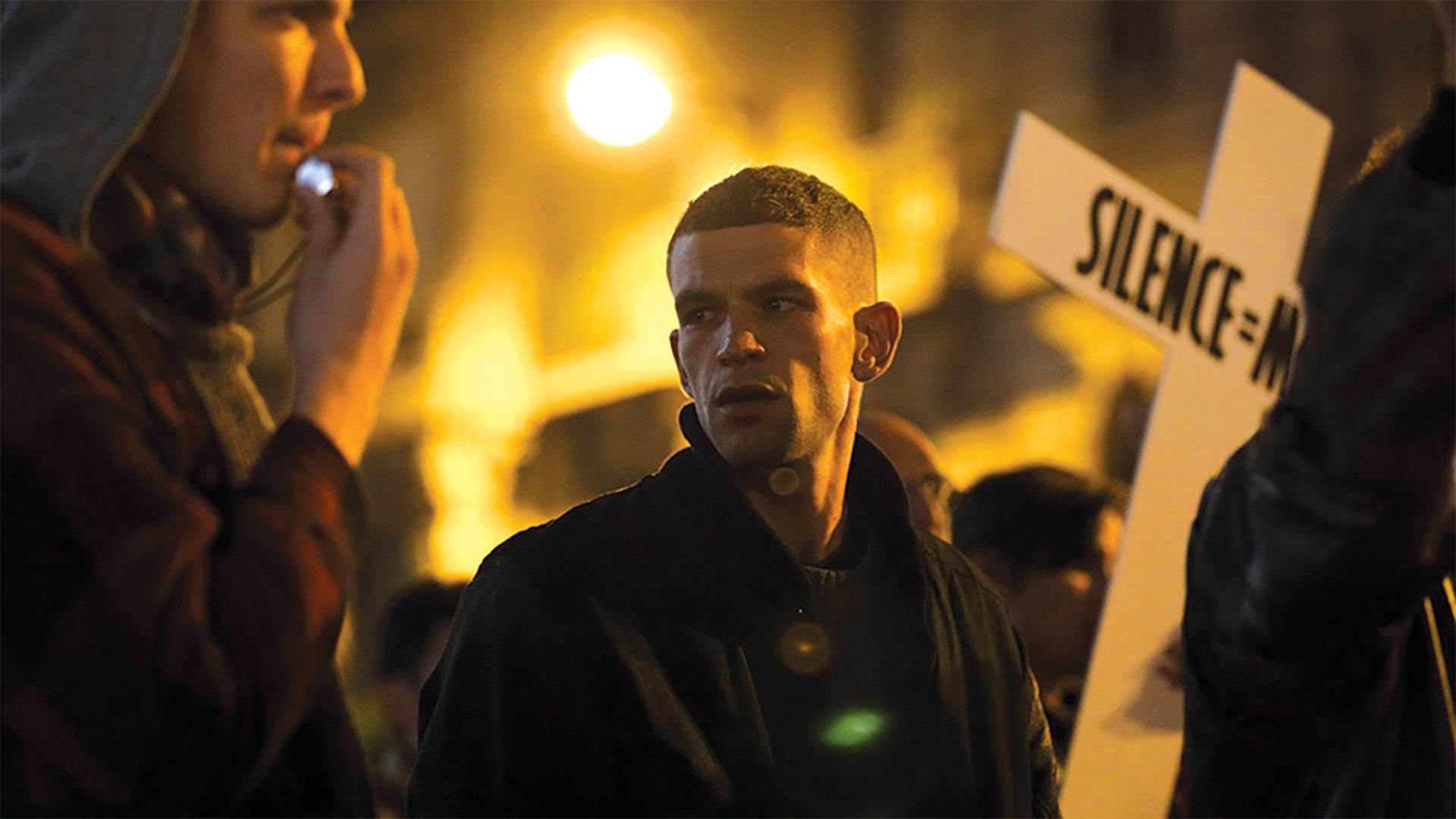 “Tragic, urgent, and full of cinematic life … This film has what its title implies: a heartbeat.”

The impassioned efforts of an AIDS activist group are movingly chronicled in acclaimed French writer-director Robin Campillo’s electrifying drama, winner of the Grand Prix at Cannes. Set during the height of the AIDS epidemic in the early ​‘90s, the film focuses on the Paris chapter of ACT UP, a grassroots coalition lobbying for legislation, research, and treatment for those living with HIV/AIDS. (Their slogan: SILENCE = DEATH.) In response to government inactivity and Big Pharma’s withholding of HIV trial results, the fed-up campaigners resolve to amplify the scale (i.e. civil disobedience) of their protests. Militant HIV-positive member Sean (Nahuel Pérez Biscayart), meanwhile, enters into a relationship with newcomer Nathan (Arnaud Valois). By turns euphoric and elegiac, BPM earned major plaudits for its sensitive navigation of the private and public tolls of the health crisis, and its uninhibited gay sexuality.