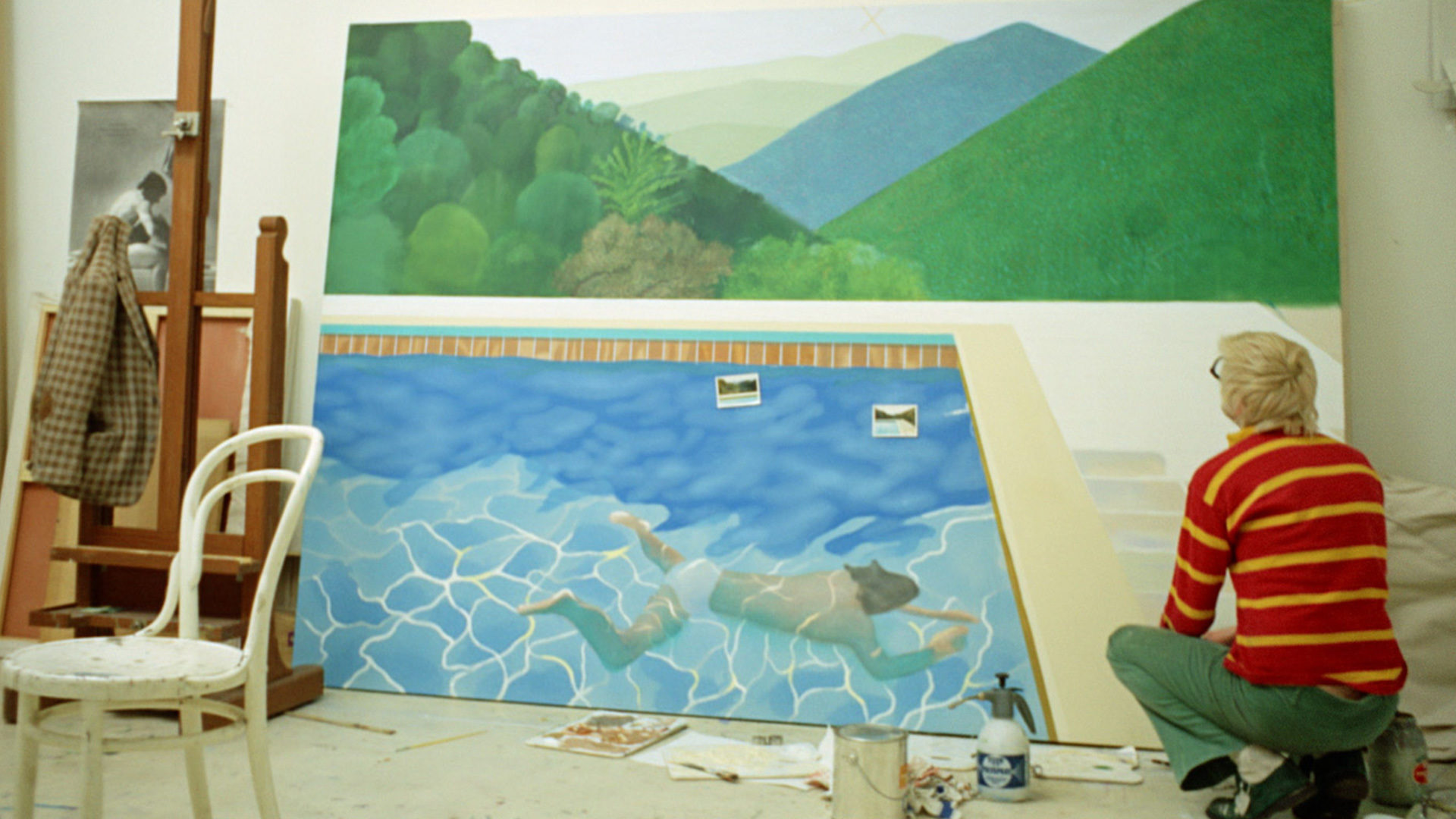 “One of the finest films I have seen about an artist and his work.”

In 2018, David Hockney’s iconic 1972 painting Portrait of an Artist (Pool with Two Figures) became the most expensive work by a living artist ever sold at auction. (Its whopping $90 million sale was edged out this year by Jeff Koons’s Rabbit, fetching $91 mil.) A Bigger Splash, British filmmaker Jack Hazan’s radical 1974 docufiction hybrid, offers an invaluable glimpse into the tortured production of that pop-art masterpiece, and the personal crisis that surrounded it. Shot between 1971 and ​’73, this innovative biopic — a beguiling mix of observational documentary, scripted drama, fanciful artistic excursions, and full-frontal male nudity — captures a creatively stalled Hockney in the aftermath of his breakup with muse and lover Peter Schlesinger, an American ten years his junior. Amid the heartache and hedonism is a candid portrait of an unabashedly gay artist and his social circle navigating the death of Swinging London.

“Among the most strikingly original films on a modern artist.”