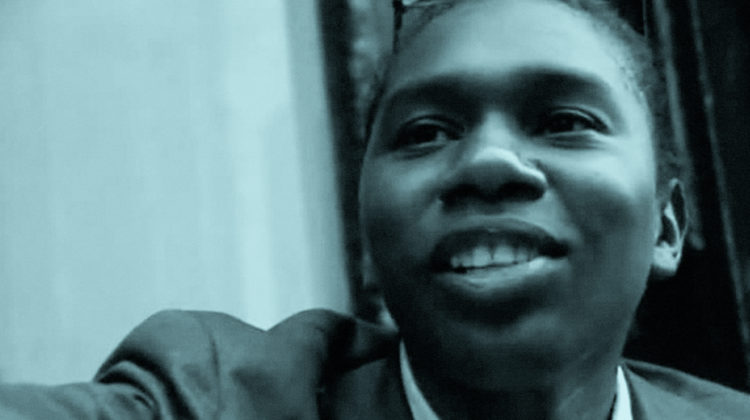 The Rage to Live: Panel

Adrian Stimson in conversation with Lorenzo Fusi and Robert Reid-Pharr

The Cinematheque joins with the Morris and Helen Belkin Art Gallery and Griffin Art Projects in presenting “The Rage to Live: Queer Film Legacies and the Work of David Wojnarowicz and Marlon Riggs,” a film and lecture series organized in conjunction with two current art exhibitions.

Lorenzo Fusi (b. 1968) is the Artistic Director and Curator of the I Yerevan Biennial. He was the Artistic Director of PIAC (Prix International d’Art Contemporain) of the Fondation Prince Pierre de Monaco (2014-2020), and the Visiting Academic Curator at the Alberta University of the Arts, where he directed the Illingworth Kerr Gallery between 2016-2018. Previously, he was the Director of Open Eye Gallery, one of the oldest not-for-profit photography galleries in the UK. Prior to this appointment, Fusi was the International Curator at the Liverpool Biennial, for which he curated the 2010 and 2012 renditions, titled Touched and The Unexpected Guest. Between 2001 and 2009 he was the Chief Curator at Palazzo delle Papesse Contemporary Art Centre, to then became the Contemporary Art Curator of the Santa Maria della Scala museum hub in Siena (Italy). Fusi regularly lectures at universities and has a portfolio of around 100 curated exhibition projects and as many publications and almost 200 commissions.

Adrian Stimson is a member of the Siksika (Blackfoot) Nation. He holds a BFA with distinction from the Alberta College of Art and Design and an MFA from the University of Saskatchewan. He considers himself as an interdisciplinary artist, working across a wide range of media and has exhibited his works nationally and internationally. His performance art looks at identity construction, specifically the hybridization of the Indian, the cowboy, the shaman and Two Spirit being. Buffalo Boy and The Shaman Exterminator are two reoccurring personas. His installation work primarily examines the Indian Residential School experience, having himself attended three during his life. He has used the material culture from Old Sun Residential School on his Nation to create works that speak to genocide, loss and resilience. He has created collaborative sculpture work, working with relatives of Murdered and Missing Women to create Bison Sentinels and with the Whitecap Dakota Nation in creating Spirit of Alliance a monument to the War of 1812. He was a participant in the Canadian Forces Artist Program in Afghanistan and was awarded the Blackfoot Visual Arts Award in 2009, the Queen Elizabeth II Golden Jubilee Medal in 2003, the Alberta Centennial Medal in 2005 and the REVEAL Indigenous Arts Award –Hnatyshyn Foundation.