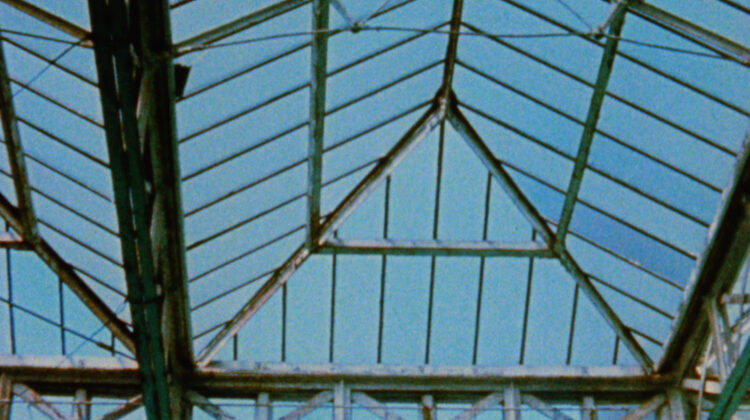 In September of 1973 the National Film Theatre in London hosted a two-week festival of what it called independent avant-garde film: La région centrale, Surfacing on the Thames, The Act of Seeing with One’s Own Eyes, and most importantly Chantal Akerman’s Hotel Monterey. At the same time as I was discovering this marvelous new work, I found a large glass-roofed Victorian swimming pool then scheduled to be demolished. In the film that followed, my first film, I was working with layers of thoughts then only partially named. Physical resonance: translucence, reflectance, reverberance. Metaphorical resonances of transparent enclosure. Self-referential resonance too: the camera like the pool’s room a space intercepting light and sound; the film’s rectangular frame like the pool’s rectangular frame. – Ellie Epp, 2021