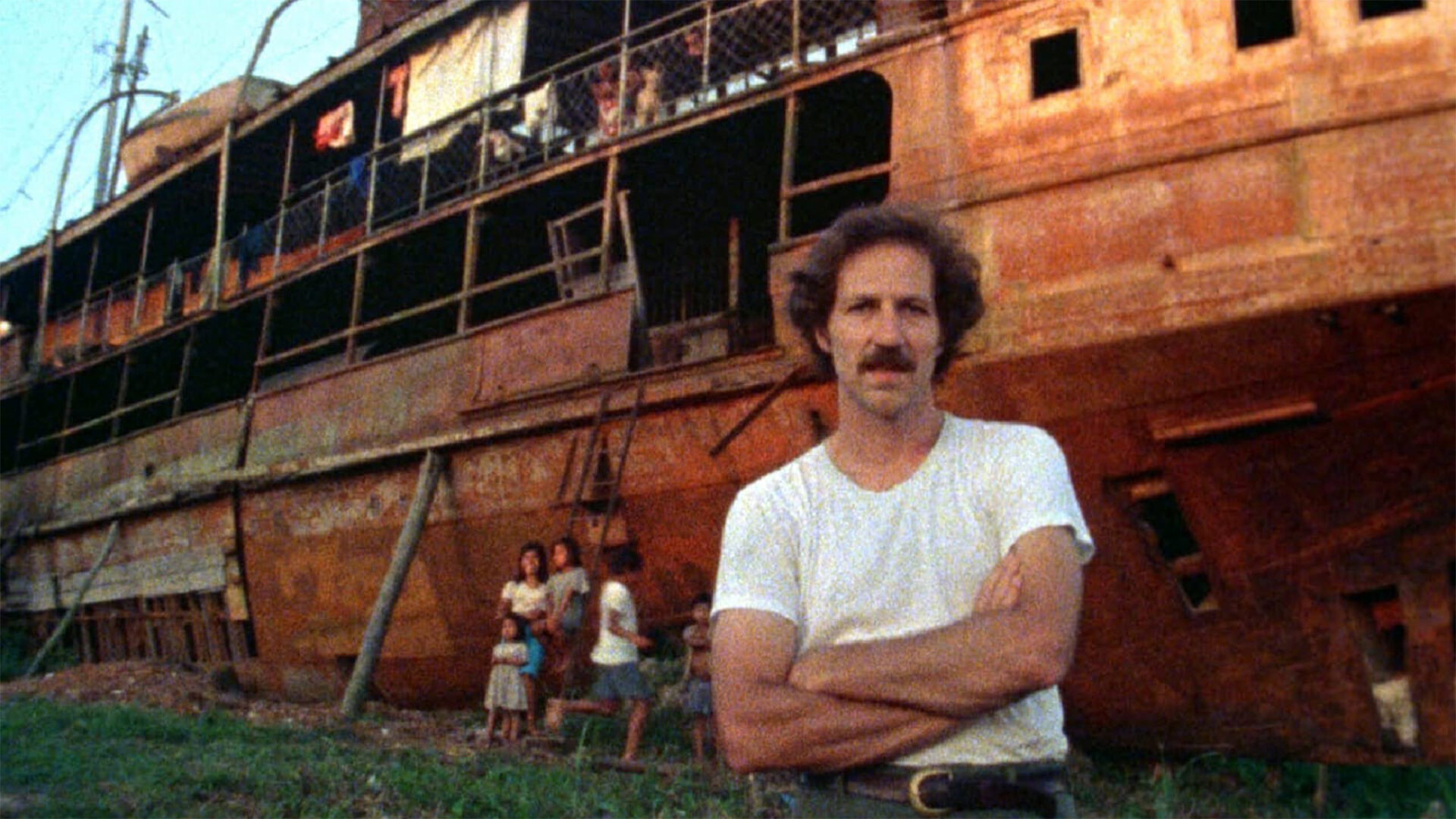 “The most important film director alive.”

A visionary artist whose amusingly doom-laden, memeable persona occasionally distracts from the startling originality and go-for-broke ethos of his renegade cinema, the inimitable Werner Herzog is among the most celebrated, storied, and instantly recognizable (by voice alone!) auteurs on the planet. His mighty body of work, an extensive catalogue of fiction and nonfiction films, both of equal repute, dates back nearly sixty years and numbers in the seventies. Still prolific, still possessed by an unbridled spirit of punk-poet creativity, Herzog, now 78, shows no signs of slowing or shedding his faith in the deeper stratum of truth—the so-called ​“ecstatic truth”—attainable through the seventh art.

Born in Munich in 1942, but swiftly moved to the isolated Bavarian village of Sachrang after Allied airstrikes bombed a neighbouring home, Herzog credits the atrocities of war—and the true barbarity of human nature that war unmasks—with forging the brooding, anarchic worldview that informs his life and work. He purportedly grew up without a bed, plumbing, or awareness of cinema’s existence. At 19, he made his first movie with a stolen 35mm camera and information obtained from an encyclopedia entry on filmmaking. With Rainer Werner Fassbinder, Volker Schlöndorff, Margarethe von Trotta, and Wim Wenders, he became a leading figure of the New German Cinema movement and earned widespread acclaim for the beautiful, feverish savagery of his creations. Of course, he also won notoriety for the perplexing, sometimes perilous methods used to labour them into being. The tales are legion—a hypnotized cast in Heart of Glass (1976) is a beguiling instance—but his volatile productions with human-grenade Klaus Kinski, with whom he made five embattled pictures, surely best them all. Among the fabled: the threat of death should Kinski walk while making masterpiece Aguirre, the Wrath of God (1972), and demands that a 300-ton ship be dragged over a mountain for Fitzcarraldo (1982), a ludicrous display of unchecked hubris, and life-imitating-art excessiveness, which forever hitched the ​“madman genius” label to the director.

Uncanny and uncompromising, Herzog’s films are a nomadic theatre of tragedy and human folly, of romantic fools and delusional dreamers confronted by the cruelties of an indifferent universe. It has resulted in an oeuvre drawn to lessons of darkness—a phrase that serves as title for his apocalyptic 1992 portrait of the Earth aflame, but also a tidy summation of his cinema’s grand, disquieting design. ​“Lessons of Darkness,” The Cinematheque’s most substantial Herzog retrospective since 1996, collects many of the German titan’s most iconic, enigmatic, and ecstatic feats of narrative and documentary filmmaking (though Herzog scoffs at any meaningful difference between the two, natch). The series includes 16 restorations of works produced during the director’s most fertile period—the 1970s to the 1990s—as well as a sprinkling of 21st-century masterworks we’d be remiss to exclude. Welcome, one and all, to Herzog season.

“He is a pure artist and maniac and there will never be another one like Herzog.” Harmony Korine

“The most vital, mysterious, and righteous moviemaking voice on the globe … It’s time for Herzog to be pantheonized.” Michael Atkinson, Film Comment

“One of the greatest and most original of documentary filmmakers.” J. Hoberman, New York Times

“A man whose life and career have embodied a vision of the cinema that challenges moviegoers to ask themselves questions not only about films but about lives.” Roger Ebert

This retrospective continues in our next (mid-November to mid-December) programming cycle.