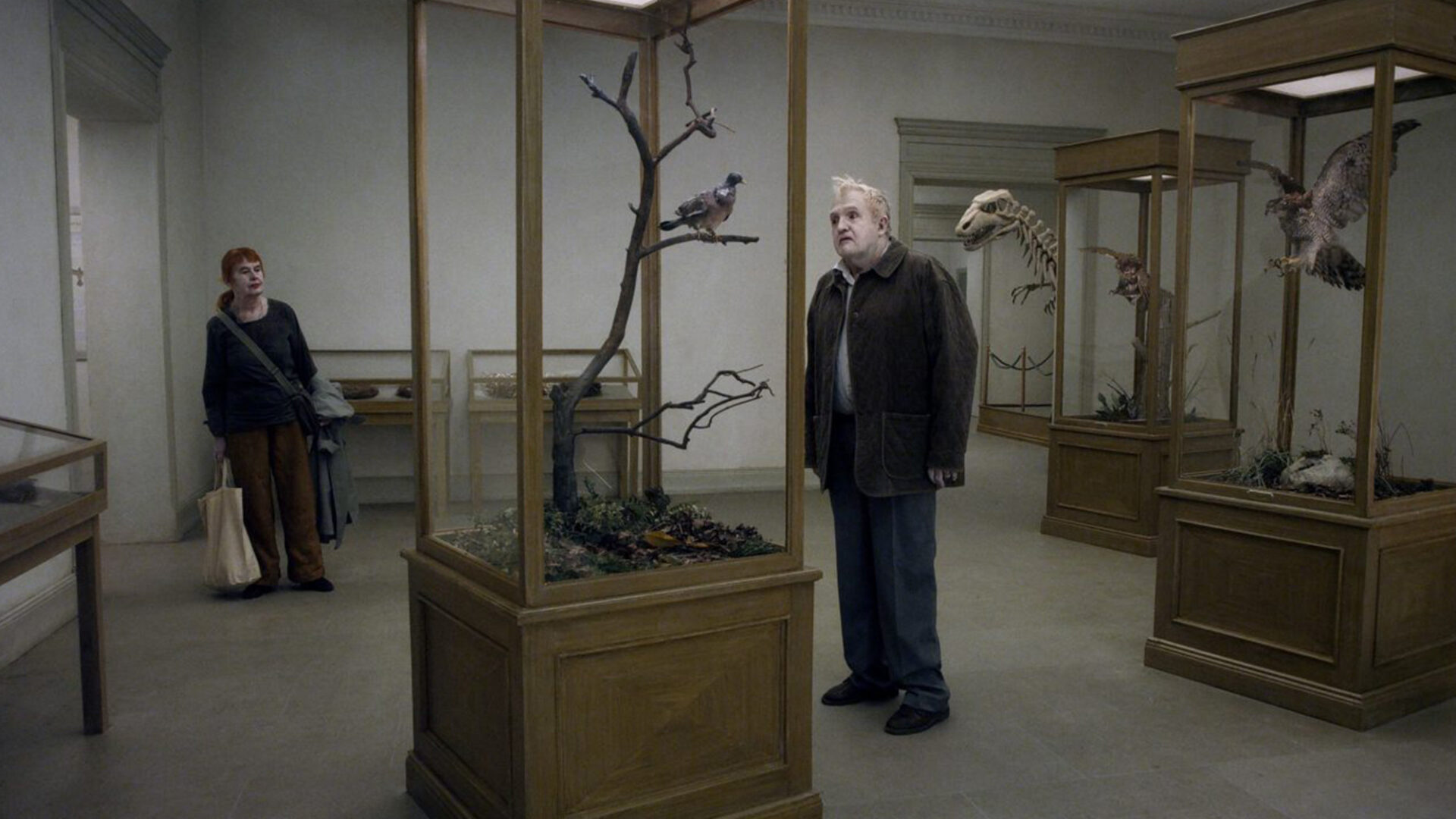 “Extraordinary … Andersson is renowned for his brilliant tragicomic visual gags and dreamlike visions, with hints of Beckett, Fellini, and Monty Python … His films are profoundly different from the work of any other filmmaker.”

Andersson is best known for his astonishing ​“Living Trilogy”—comprising Songs from the Second Floor (2000), You, the Living (2007), and A Pigeon Sat on a Branch Reflecting on Existence (2014)—and his most recent (and possibly final) feature About Endlessness (2019). Singular works all, they have established Andersson as one of the 21st century’s most revered filmmakers.

Born in Gothenburg in 1943, Andersson graduated in 1969 from the Film School of the Swedish Film Institute, where he studied under Bergman and served as an assistant to Bo Widerberg. His first feature, A Swedish Love Story (1970), a lyrical humanist comedy in the mode of the Czech New Wave, was a major critical and commercial success. Giliap (1975), his daring second feature, was a decisive move towards the dark, absurdist humour and exquisite visual tableaux that are now his trademark. The strange tale of a waiter at a dead-end Swedish hotel, Giliap was much delayed and ran well over budget due to Andersson’s now-legendary perfectionism, making the young director a pariah in the Swedish film industry.

It would be 25 years before the appearance of Andersson’s third feature, the astounding end-of-the-millennium nightmare Songs from the Second Floor, itself some four years in the making. In the meantime, Andersson had established a prominent career, and gained cult status, as a maker of elaborate, surreal, Monty Python-esque commercials for a variety of products (from insurance to chocolate to political parties). One Swedish critic has described these absurdist ads as ​“miniature art films”; Bergman himself called them the best commercials in the world.

This retrospective showcases all six of this distinctive filmmaker’s features, including the rarely-seen early works A Swedish Love Story and Giliap, as well as two pivotal, provocative shorts, Something Happened (1987) and World of Glory (1991).

“Andersson has earned our lasting gratitude. Few living directors beget work that carries so clear and so immediate a signature.”

The Cinematheque is grateful to Steve Gravestock, Senior Programmer, Festival Programming, TIFF (Toronto), for his generous assistance in facilitating the Vancouver presentation of this retrospective.

Feature Image: A Pigeon Sat on a Branch Reflecting on Existence, Roy Andersson, 2014