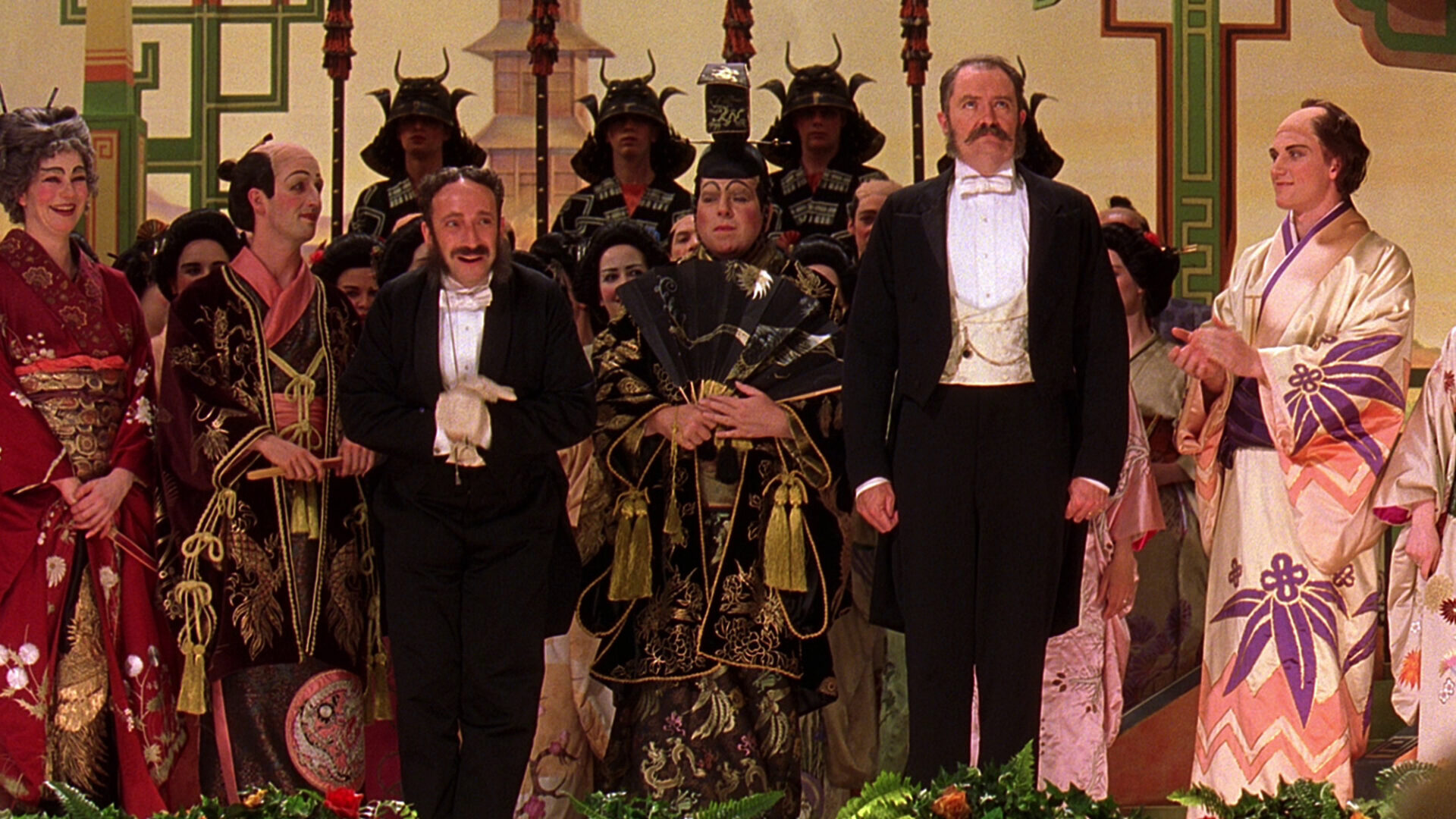 An ambitious, uproarious, and altogether triumphant foray into period filmmaking for the British humanist/​satirist, this lavishly rendered portrait of the Victorian operatic duo Gilbert and Sullivan is an absolute joy. The costume epic, easily Leigh’s biggest production until that point, chronicles the behind-the-scenes bedlam leading up to the debut of The Mikado, the partners’ legendary 1885 comic opera. Jim Broadbent and Allan Corduner play the renowned librettist and composer, respectively, coming off an ego-shaking bomb (Princess Ida) that ups the ante for their latest endeavour. The film’s remaining players, a who’s who of Leigh regulars, are uniformly excellent as the jittery stage performers. The decision to have the actors sing in their own voices irked some critics. Winner of two Oscars—Best Costume Design and Best Makeup—Topsy-Turvy closed the decade on a high note for Leigh, and provided a bellwether for his compelling historical epics to come.

“One of the most touching, funniest—and cruelest—depictions of show business, split between art and commerce. To me, it compares only with Jean Renoir’s French Cancan.”

“One of Leigh’s most brilliant films, and hands down the most pleasurable.”

“An infectious tour-de-force … It can be bracketed with Nashville and Children of Paradise and, as a celebration of human enterprise, it is richer and more fully realized than either.”