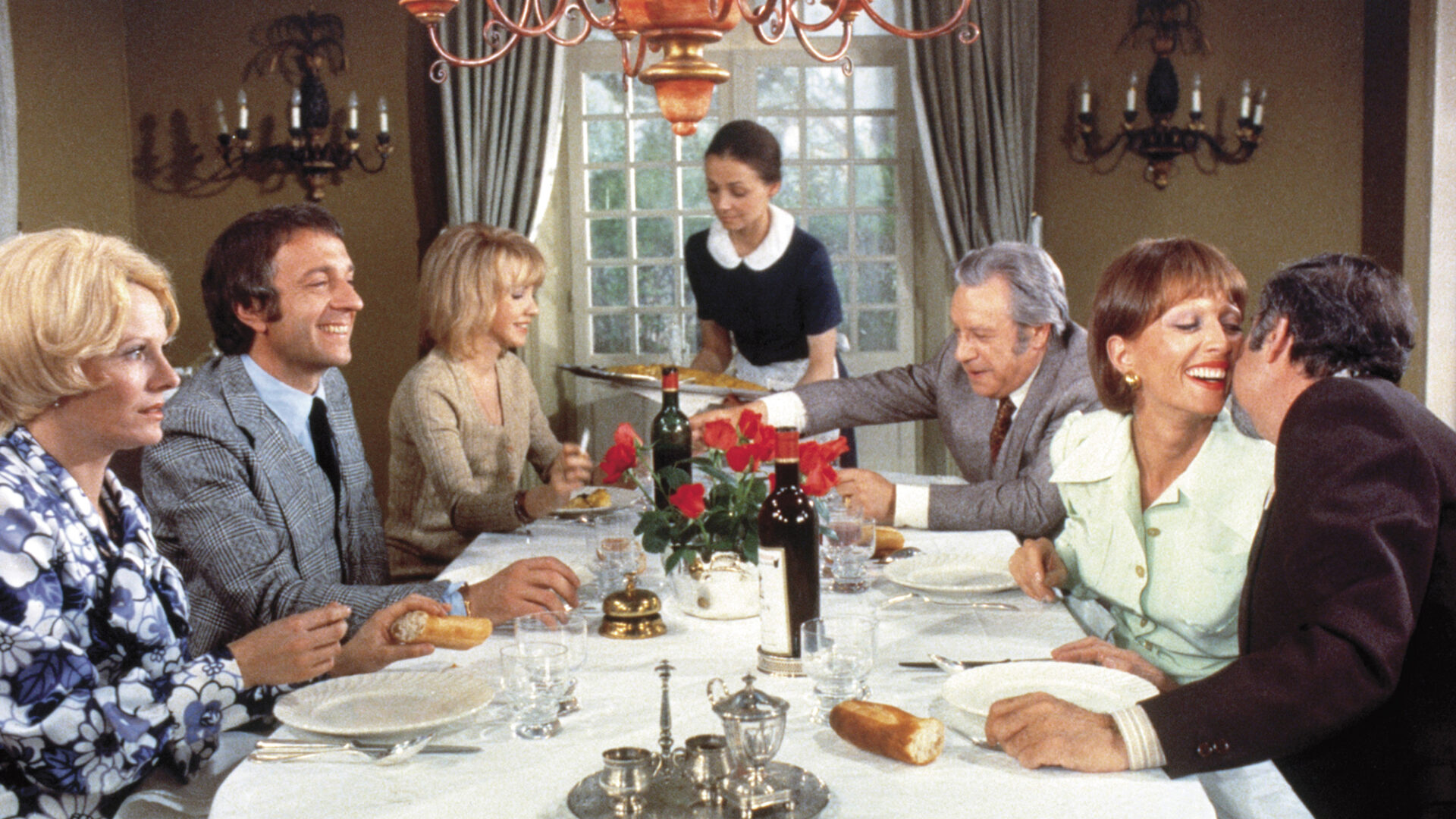 “Brilliant (and brilliantly titled) … The unique creation of a director who, at 72, has never been more fully in control of his talents, as a filmmaker, a moralist, social critic, and humourist.”

The Discreet Charm of the Bourgeoisie is one of Buñuel’s most hilarious films, an Oscar-winning (Best Foreign Film, 1972) assault on a ruling class living in fear of its imminent demise and clinging stubbornly to its empty rituals. Modifying and updating the central motif of Buñuel’s made-in-Mexico The Exterminating Angel (1962), which had a group of bourgeoisie mysteriously unable to leave a polite dinner party, Discreet Charm sees its privileged protagonists, five fashionable French and a fascist Latin American ambassador, constantly thwarted in their efforts to sit down to a civilized meal. Guests show up on the wrong day; restaurants are out of everything on the menu; terrorists burst in; dreams—and dreams within dreams—intrude, including that ultimate bourgeois nightmare: a dinner party where everyone actually says what they think! Arriving in a brand-new anniversary restoration, Buñuel’s biggest critical and commercial success is ​“an avant-garde sitcom” (J. Hoberman, New York Times) still riotous 50 years later.

“A masterpiece … Buñuel has arrived at a form that covers his full range, permits him to say anything—a form that literally and figuratively lets him get away with murder.”

“Clearly the film of the year … Greatness is often confused with lumpy massivity and monumentality; on the contrary, Buñuel’s movie is the lightest of all cinematic souffles.”