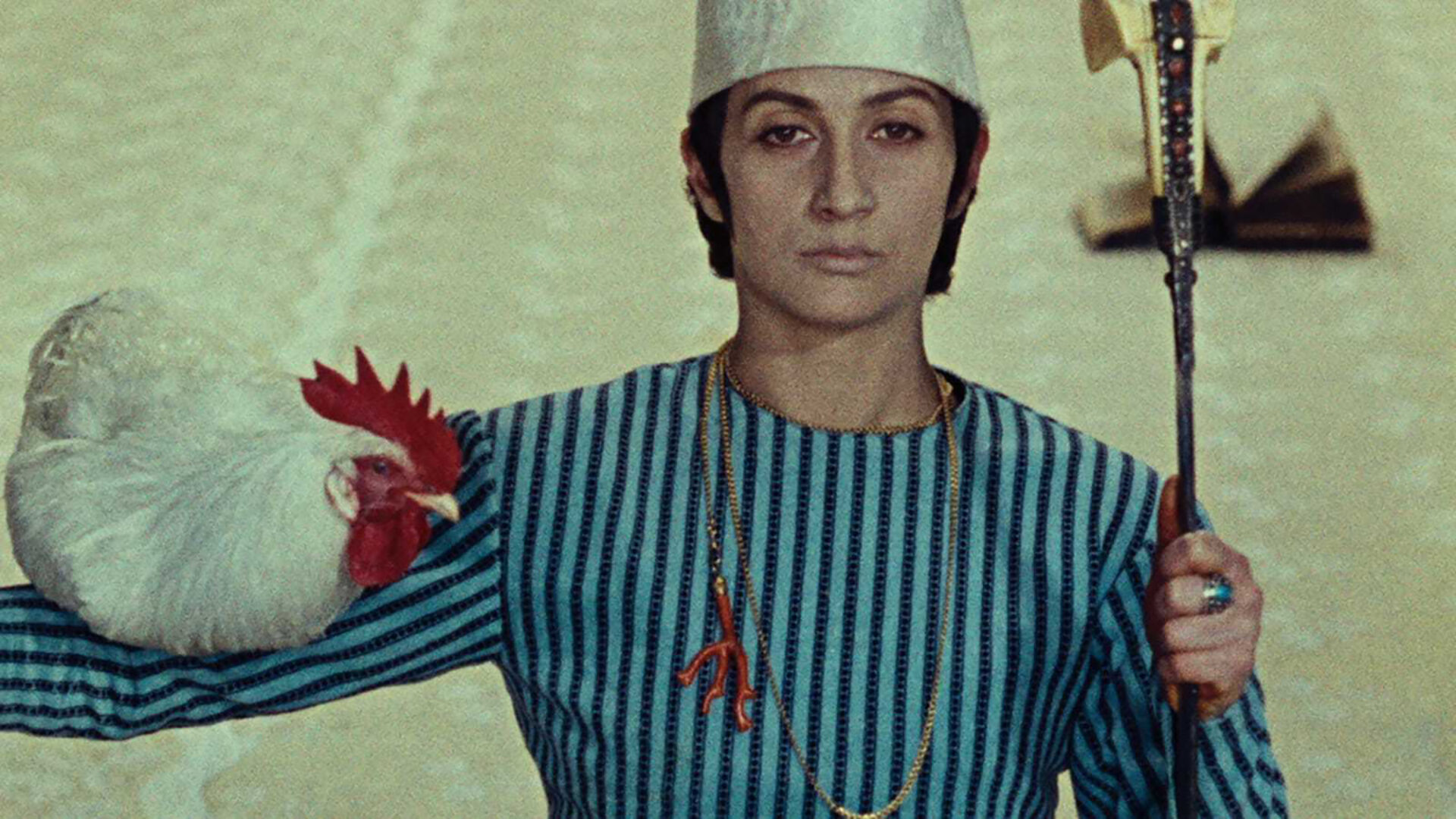 “In the temple of cinema there are images, light, and reality. Sergei Parajanov was the master of that temple.”

Staged in medieval monasteries and churches, inspired by Armenian miniatures, icons, and manuscripts, and influenced by early film, Soviet cinema, and American queer avant-garde, Sergei Parajanov’s biography of the 18th-century troubadour-poet-monk Sayat-Nova (“King of Songs,” one of many translations) has been described as ​“an exotic pageant … As much ritual as movie” (J. Hoberman, New York Times). Shooting with a static camera, Parajanov depicts Sayat-Nova’s life in a series of tableaux vivants based on his poetry, replaying each significant moment ​“with slight variations to account for shifts in feeling and perspective” (Rahul Hamid, Senses of Cinema). Later overdubbed with sound effects, chant, and song, but almost no dialogue or voice-overs, the film contains only snatches of Sayat-Nova’s verse. Instead its imagery is in the mise-en-scène, the weight of metaphor made material through colour, pattern, texture and form. In Armenian and Georgian with English subtitles.

Introduced by Aram Bajakian, an American-Armenian musician and UBC ethnomusicologist specializing in music of the Near East diaspora. In 2014, Aram released the album Music Inspired by The Colour of Pomegranates. His pre-screening talk will focus on the many other ​“alternative” soundtracks to the film.