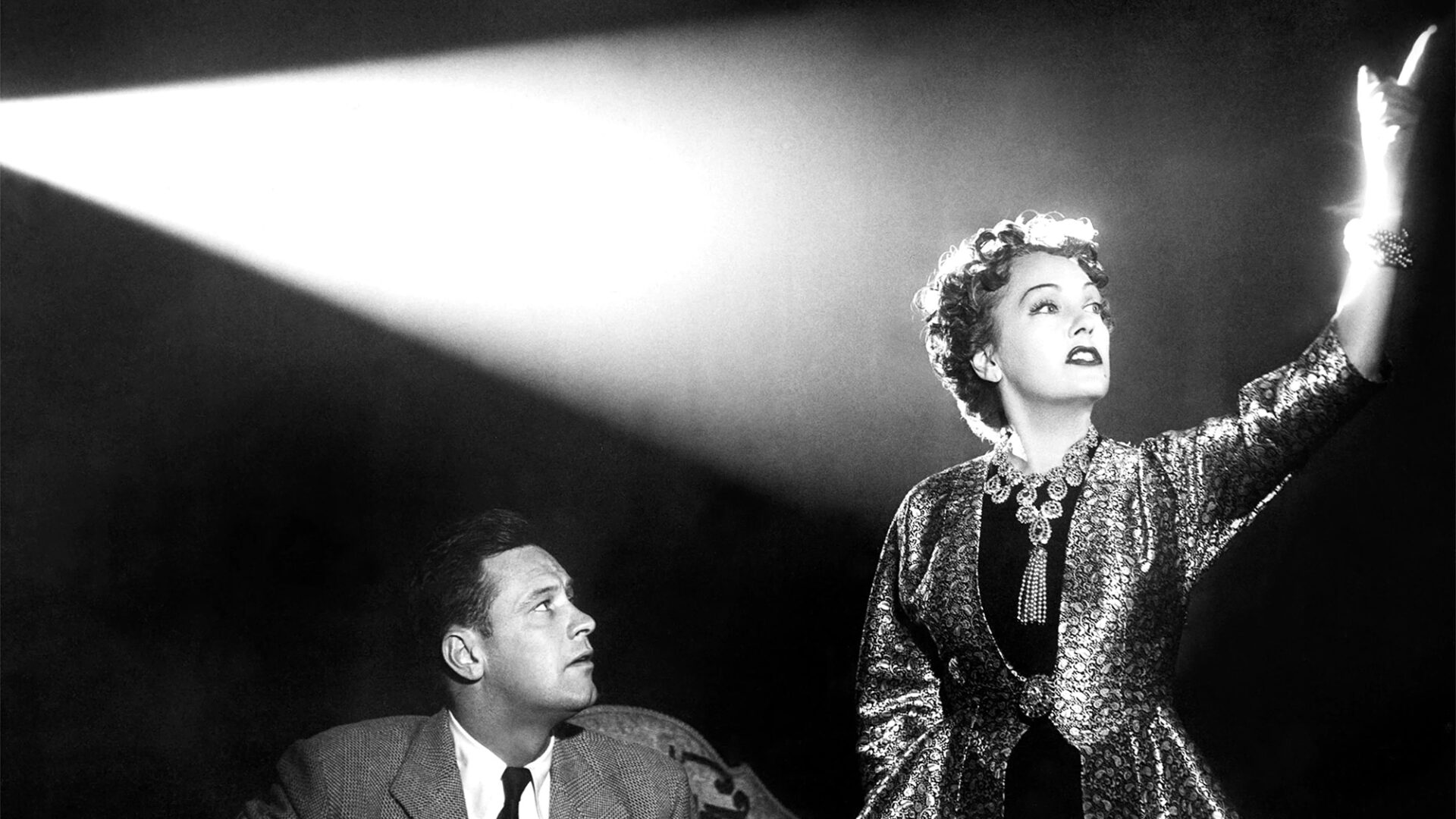 “Certainly the blackest of all Hollywood’s scab-scratching accounts of itself.”

A mordant, macabre film noir that really ups the ante on the genre’s doom-laden determinism and fatalism—heck, the movie is narrated by a corpse!—Sunset Boulevard was the final collaboration between Billy Wilder and long-time writing partner and producer Charles Brackett. The famed opening of this acid account of Hollywood decadence has a dead man floating face down in a swimming pool. William Holden’s off-screen voice identifies itself as that of the deceased, and proceeds to relate the sordid events that led to his demise. Holden is Joe Gillis, a down-at-the-heels Hollywood screenwriter who takes a wrong turn onto the run-down estate of Hollywood has-been Norma Desmond (Gloria Swanson), an aging, embittered former silent star living in a mausoleum-like mansion. Joe allows himself to become a kept man in Norma’s smothering clutches and is soon in way, way over his head. Wilder’s classic is noir at its most brittle, bizarre, and baroque.

“That rare blend of pungent writing, expert acting, masterly direction, and unobtrusively artistic photography, which quickly casts a spell over an audience and holds it enthralled to a shattering climax … A great motion picture.”

“It is Hollywood craftsmanship at its smartest and at just about its best, and it is hard to find better craftsmanship than that, at this time, in any art or country.”