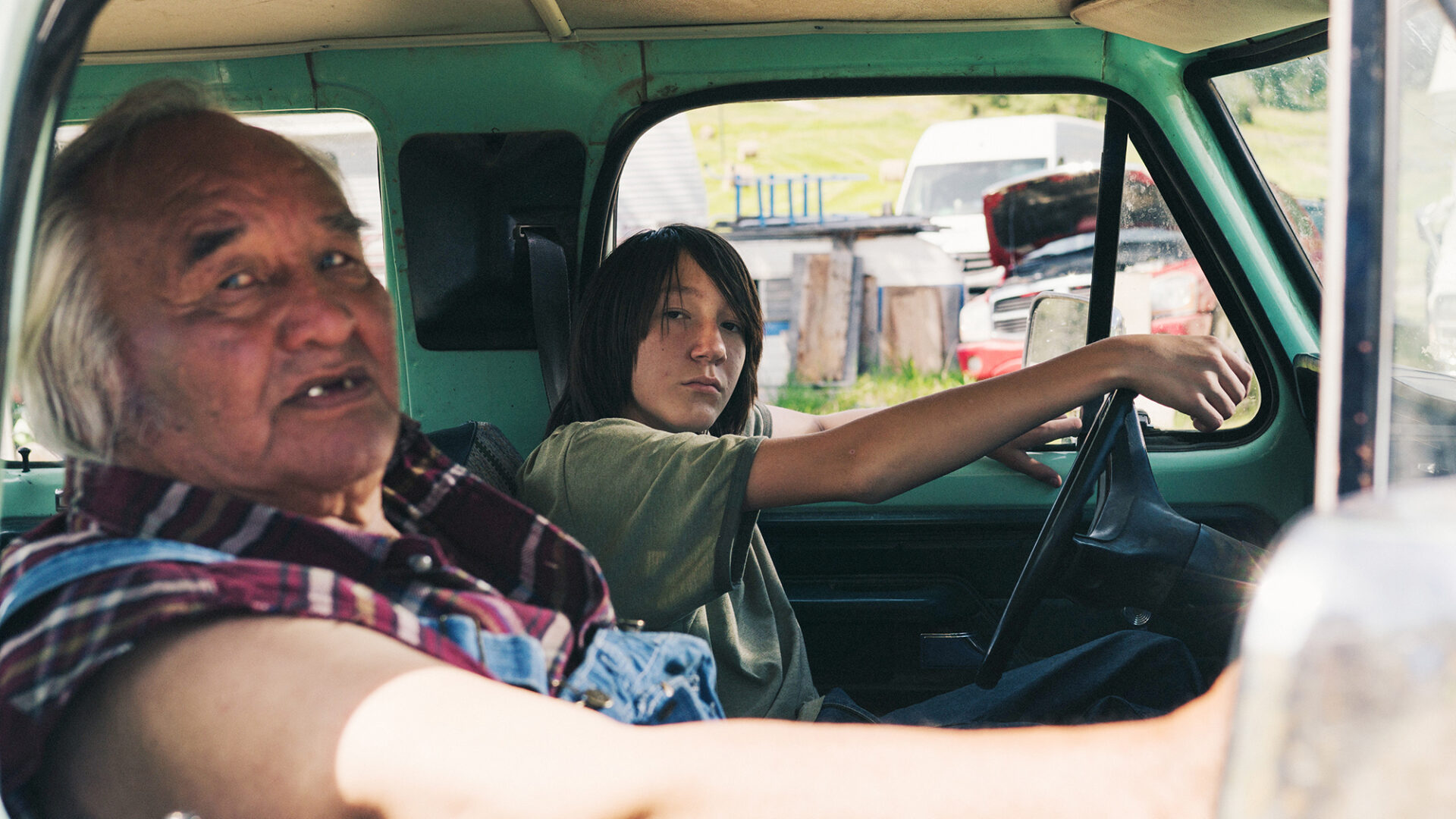 “A spellbinding debut … Portraits from a Fire is a film that delivers not only a moving story but also a visual feast, bringing the act of remembering, and all the pain it unearths, to life in a way that few filmmakers have done.”

An opportunity to celebrate fresh new voices, Trevor Mack and Liz Cairns, that are the next generation of B.C. auteurs and cinéastes. – Harry Killas

Tsilhqot’in director Trevor Mack was named Best BC Emerging Filmmaker at VIFF for his winsome debut feature, a by turns charming and poignant coming-of-ager set on the Tl’etinqox Reserve where he grew up. Quirky 16-year-old Tyler (William Magnus Lulua) is a dogged DIY filmmaker. Undeterred by the crash-and-burn premiere of his latest amateur epic—a sci-fi opus starring Tyler opposite cardboard cut-outs—he is encouraged to tell more inward-looking stories by a mysterious teen (Asivak Koostachin) who turns up on the reservation. As Tyler starts work on a new project drawn from an unearthed home video, he is confronted by family truths long hidden from him. With its deft mix of humour, heart, and visual fair, Portraits heralds Mack as a major new talent in our province. In English and Tsilhqot’in with English subtitles.

Winner of Best BC Short Film at VIFF 2021, this sensitive, subdued work by Vancouver filmmaker Liz Cairns depicts a young woman tasked with finding a mare for the last remaining gelding on her farm. Writer-director Cairns, also a noted production designer (The Body Remembers When the World Broke Open), is currently in production on her directorial debut feature, Inedia.

Trevor Mack’s powerful short is a stirring, time-folding tale of colonial destruction and a nation’s will to survive. The period piece, an imagineNATIVE selection, draws on the history of first European contact for the Tsilhqot’in people, who were nearly eradicated by smallpox in the mid-1800s. In English and Tsilhqot’in with English subtitles.