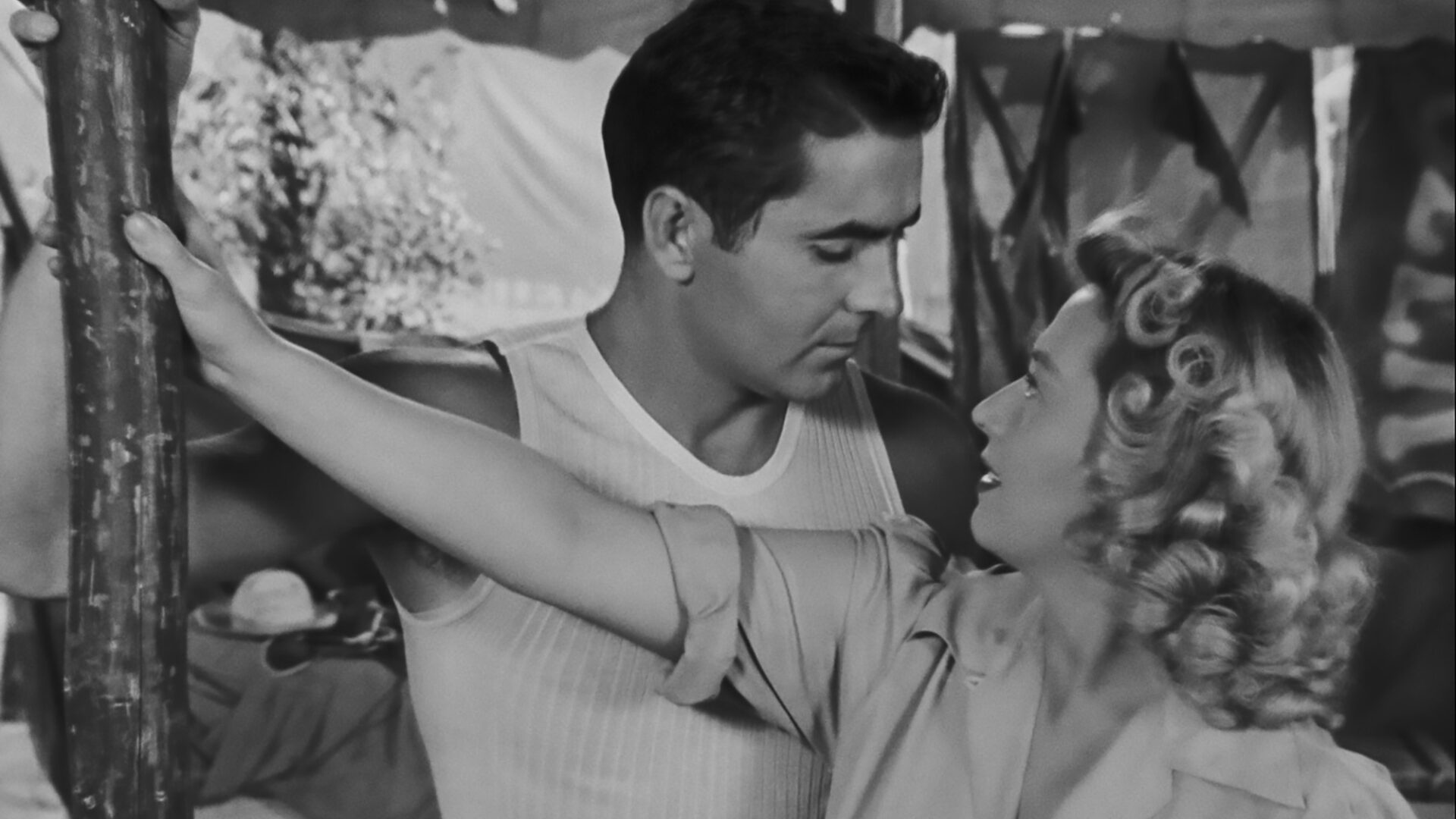 Thank Guillermo del Toro and his slick, star-studded remake for drawing overdue attention to this high-end noir shocker, set against the freaks-and-geeks lower depths of showbiz. Romantic lead Tyrone Power, cast against type, plays hick Stan Carlisle, huckster at a sleazy, second-rate carnival. Obtaining the secrets of Zeena (Joan Blondell), the midway’s fake psychic, Carlisle enjoys a precipitous rise in status as ​“The Great Stanton,” spiritualist to—and swindler of—Chicago’s wealthy and privileged, before fickle providence consigns him to a suitably nasty fate. Based on a cult pulp novel by William Lindsay Gresham, Nightmare Alley ranks as one of the most unjustly neglected Hollywood films of the 1940s. ​“The characterizations in Nightmare Alley are studies in film noir … venal, gullible, and obsessed with success at any price” (Joan Cohen).

“Dark and cynical … [It] Induces a soul-sickening feeling that courses through your system like the wood alcohol that poisons one of the characters. The sense of fatalism, a noir staple, is pervasive.”