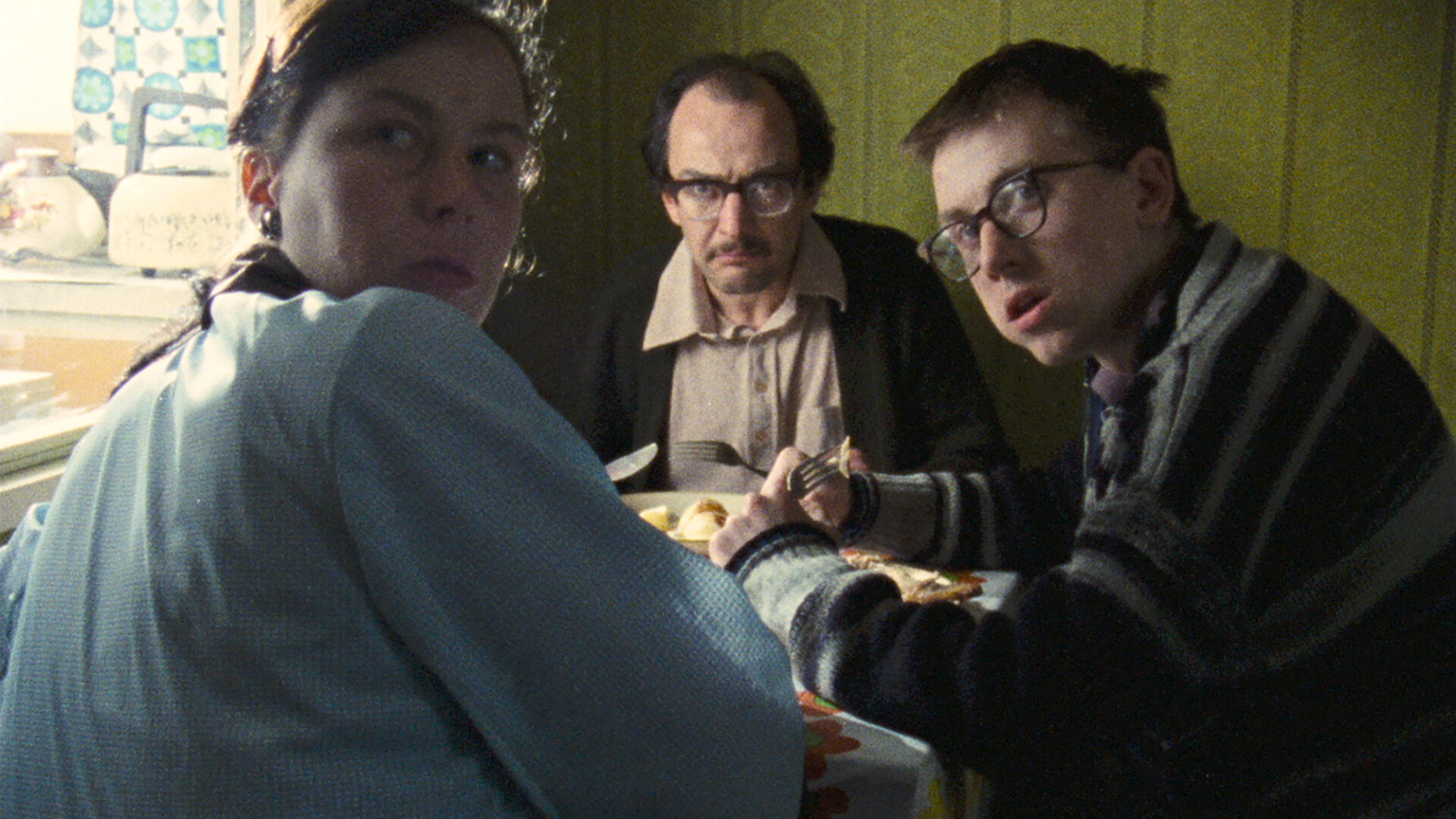 “Haunting and poetic … The most fully achieved of Leigh’s [early] films.”

The pinnacle of Mike Leigh’s work in television just might be this sobering, semi-comedic portrait of life on the dole for a dysfunctional East End family. Set against the scourge of mass unemployment under Thatcherism, Meantime observes the day-to-day discomforts of a working-class couple and their two maladjusted adult sons. Mark, the oldest child, is a disaffected loafer who bullies and berates his impressionable kid brother Colin (Tim Roth, coming off an explosive debut in Alan Clarke’s Made in Britain the previous year). When Colin is offered a job by his well-meaning aunt, a middle-class climber in a loveless marriage, Mark intervenes. Leigh’s made-for-TV movie, which also played major film festivals home and abroad, offers an affecting, honest glimpse at how a country’s economic decay seeds a generation of lost boys. A young Gary Oldman nearly steals the show as a neighbourhood skinhead getting dangerously close to Colin.

“A small masterwork … [Leigh] has shaped a slice of working-class life without indulging in false, sensational, or expected notes.”