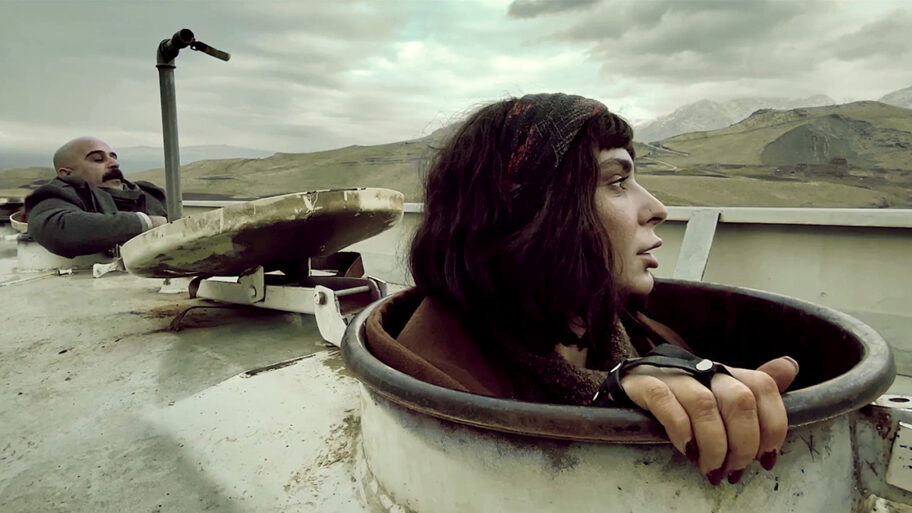 A refugee escape thriller filtered through the prisms of pop music, motherhood, and war iconography, Touraj Aslani’s third feature is an ambitious piece of filmmaking set around the Syrian-Iraqi border. After a violent incursion by Daesh soldiers, musician couple Kani and Hawre, already preparing for the trials of first-time parenthood, set out for Turkey and, they hope, safety. Aslani is most well-known for his award-winning work as cinematographer for two Bahman Ghobadi films (No One Knows About Persian Cats, Rhino Season). But the highest personal stakes for Landless might be found in lead actress Hani Mojtahedy’s story. Just four years into her career, Mojtahedy left her home country of Iran and its restrictions on public performances behind, not knowing if she could ever return. This initial voyage came with a sacrifice: her two children could not join her. Here that story is reconfigured, where Kani’s pregnancy motivates her emigration. In Kurdish, Turkish, Arabic, and Farsi with English subtitles.