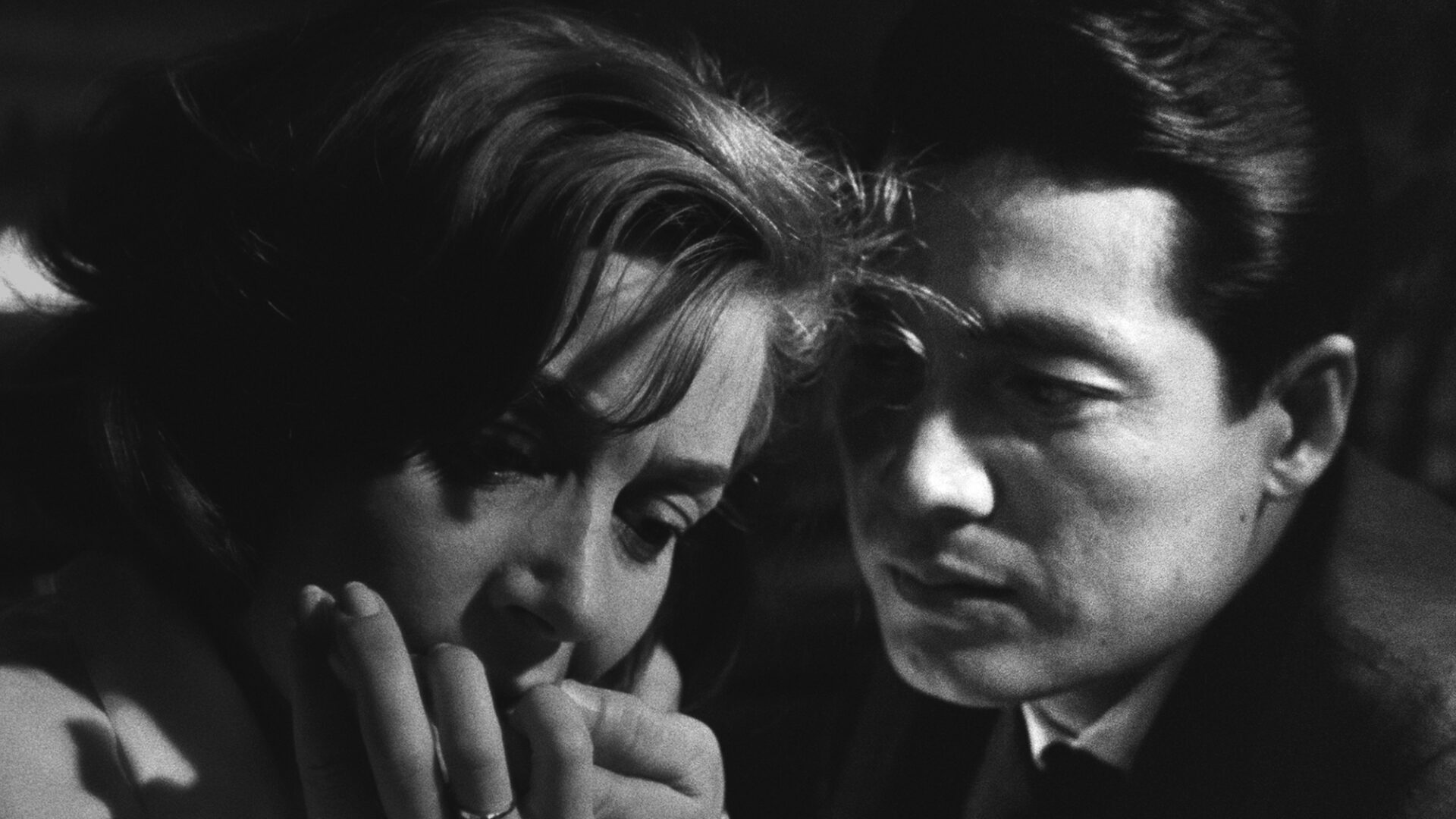 “Many films have come and gone since Hiroshima mon amour, but nothing on the screen is more worth seeing or revisiting today … The most important contribution to film aesthetics since Citizen Kane.”

Boasting an Oscar-nominated screenplay by Marguerite Duras, who described it as ​“false documentary,” Alain Resnais’s feature debut is one of the masterpieces of world cinema and one of the seminal films of the Left Bank group. It tells of the ​“impossible love” between a Japanese architect (Okada Eiji) and a French actress (Emmanuelle Riva) making a peace film in Hiroshima. In the course of the relationship, she discloses her love affair with a German soldier during World War II, and her subsequent disgrace. A landmark of modernist cinema, the film examines the relationship between time and memory in the context of nuclear horror, and makes astonishing use of dialogue, editing, cinematography, and music to create dense patterns of repetition and counterpoint; its very form attempts to replicate the workings of consciousness.

“An extremely important film … It is not a reproach to say that this film is literary, since it happens that Hiroshima moves not in the wake of literature, but well in advance of it.”