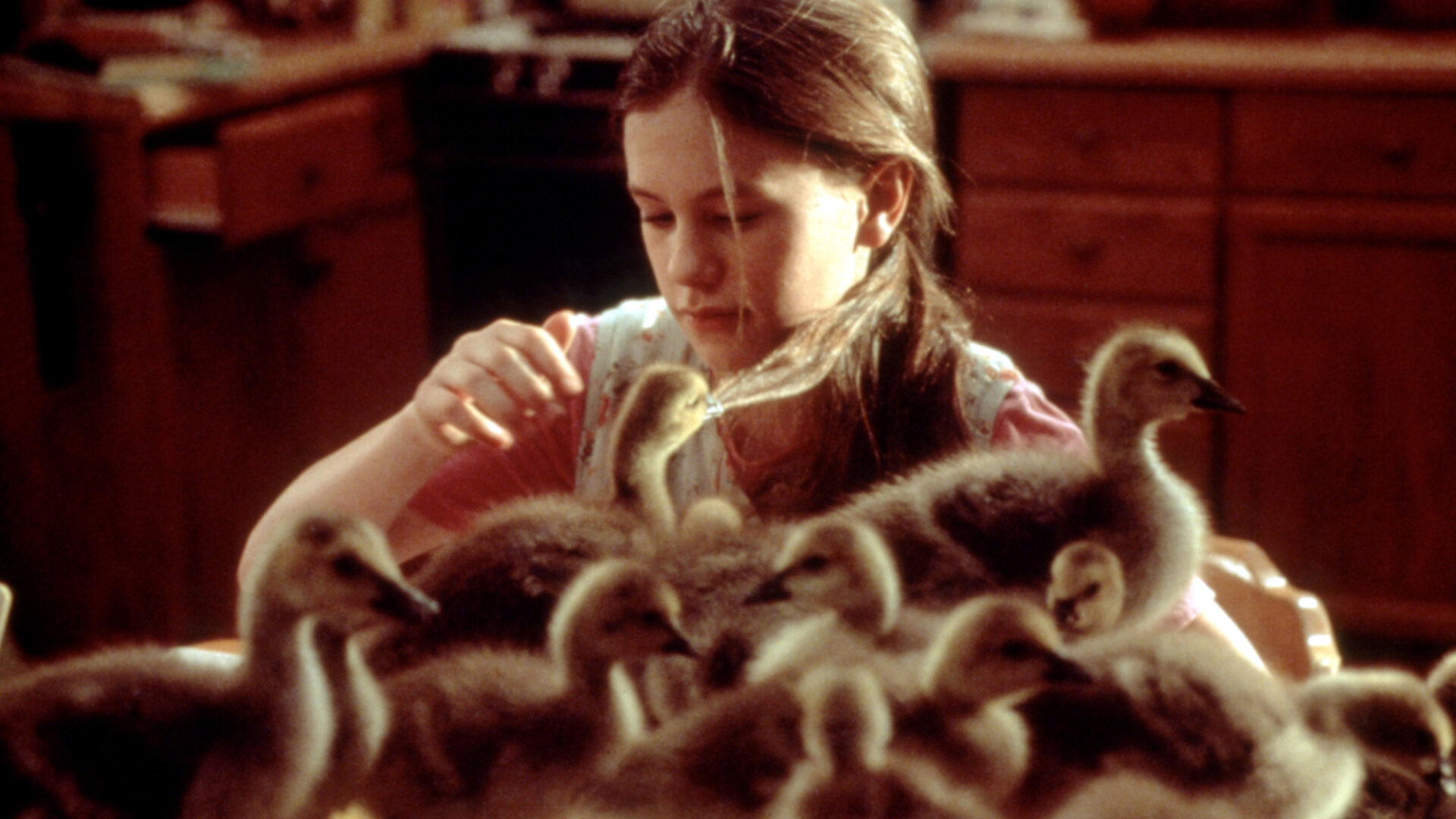 “Might be Ballard’s most satisfying film … The flying sequences [are] of unparalleled beauty … At their best, Ballard’s children’s films are stories of profound moral learning, the extension of the human soul outward.”

Reeling after a sudden move from New Zealand to southern Ontario, 13-year-old Amy (Anna Paquin) needs something to call her own, and she finds it after developers raze the nearby natural habitat of a newborn flock of geese. They imprint on her, and she rises to the occasion as animal teacher and caretaker. Her father Thomas (Jeff Daniels), thankfully, is an expert on animals and flight. This detail comes by way of the real-life inventor and artist Bill Lishman, the author of the memoir that Fly Away Home is based on. In a crucial change from Lishman’s book, director Caroll Ballard focuses on Amy as she learns from her father, in much the same way that Lishman wrote about learning from his mother, a biology professor. Paquin’s performance is spirited, and also subtly upstages her flock of co-stars by balancing the wistful and triumphant emotional range of this extraordinary journey.

Free popcorn and Film Club badge for junior cinephiles (ages 13 and under). Discounted ticket price too!

“Carroll Ballard [makes] visionary films about people and nature … A former cinematographer himself, he works with the great cameraman Caleb Deschanel to make the film visually uplifting … There are individual shots here worth the price of admission.” Roger Ebert, Chicago Sun-Times

“The true-life adventure is made a metaphor for the girl’s empowerment thanks to the enabling support of her parent … but the performances are key: as Amy, Anna Paquin proves again what an expressive, soulful actress she is, and Daniels’s madcap dad is a winning study in hippy ingenuity and indefatigability.” Wally Hammond, Time Out