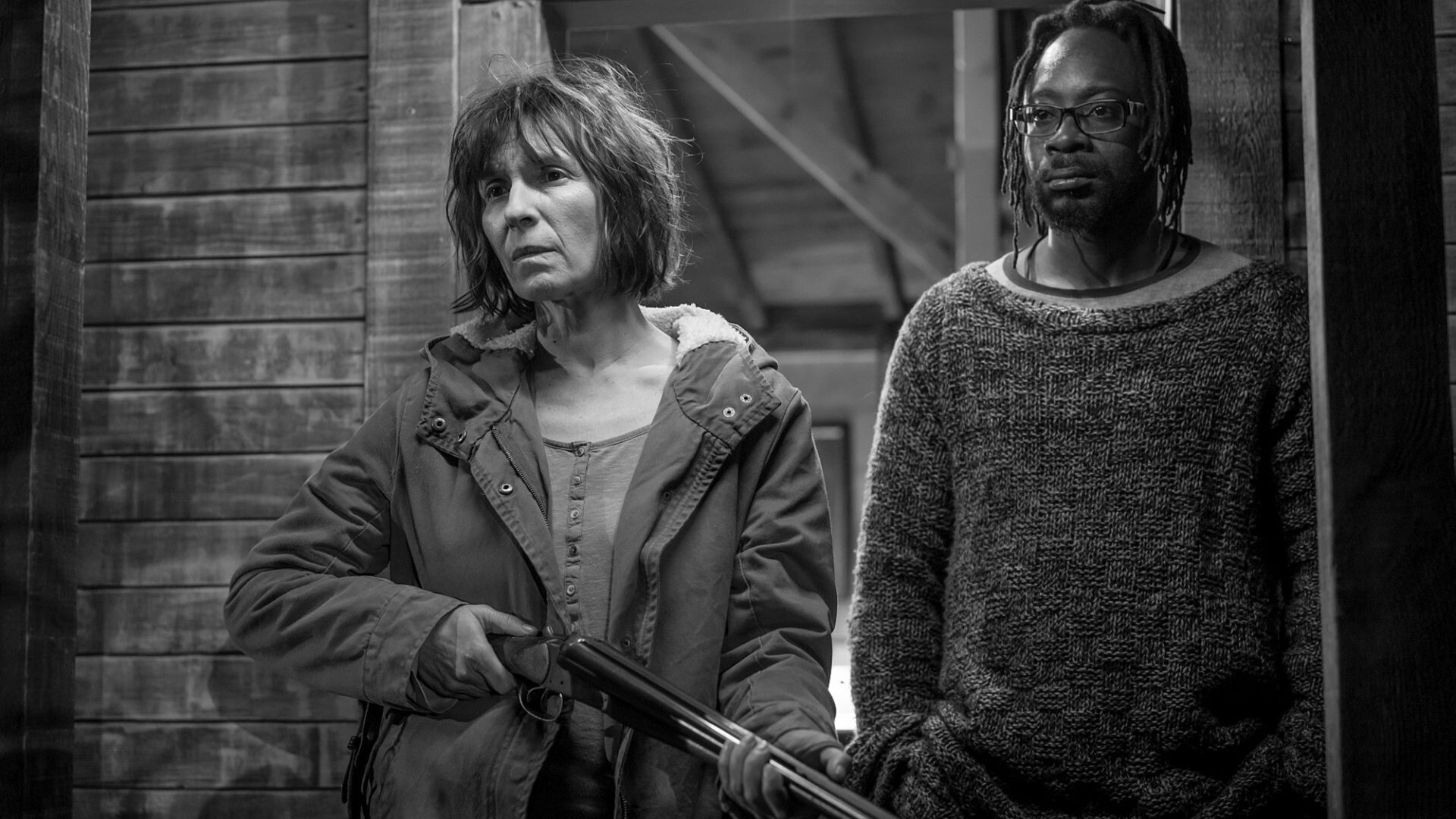 “Yancheva gives off a strong Frances McDormand vibe—sarcastic, weary and impatient, her brusque manner shrouding a flinty decency. She’s the charismatic moral centre of the film, much as McDormand was in Three Billboards Outside Ebbing, Missouri.”

This all-star team-up of director Ivaylo Hristov (Losers) and actress Svetlana Yancheva (The Sinking of Sozopol, EUFF 2015), both of them multiple-prize winners at the Bulgarian Film Academy Awards, is an impassioned salvo against the legally expedient—and inhumane—route that governments, both big and small, often take to decide who belongs to what country. Svetla (Svetlana Yancheva) lives alone in a small village close to the Turkish border. One day, while hunting in a forest, she encounters Bamba (Michael Flemming), a refugee who is trying to reach Germany. Reluctantly, she offers him hospitality, and in doing so goes against Svetla’s traditional community, who plot to invasively enforce their interpretation of the law. Hristov’s big swings of tone, from the serious-minded to the satiric, owes something to Aki Kaurismaki’s recent refugee tales Le Havre and The Other Side of Hope. Winner of the Grand Prix at the Tallinn Black Nights Film Festival in Estonia.