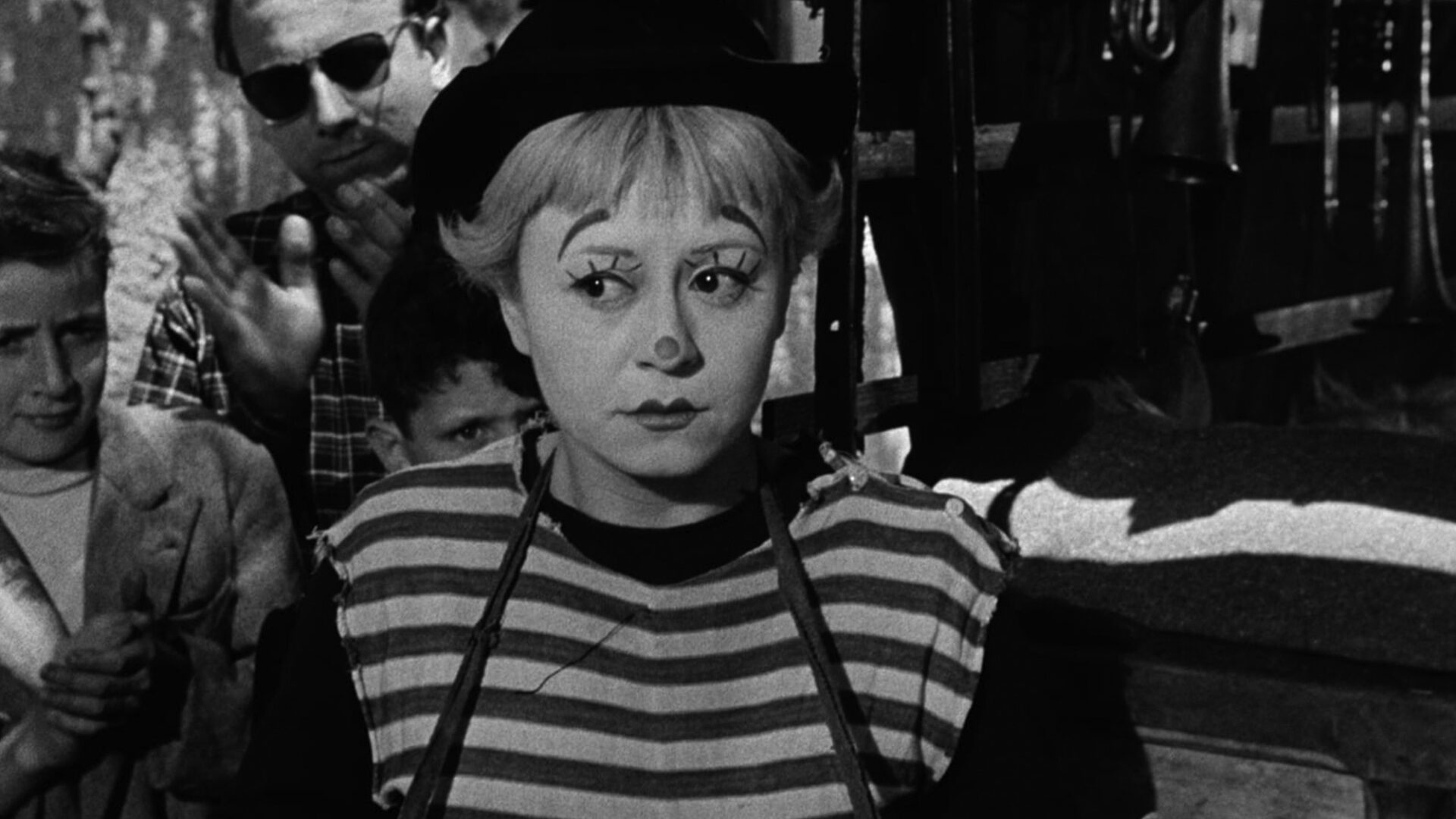 “Rarely has a film expressed so completely its director’s sense of the wonder, fantasy, surprise, and mystery in the simple lyrical moments of life.”

Fellini’s poetic fable was his breakout work and first unquestioned masterpiece; La Strada won hearts and collected prizes (including a Silver Lion at Venice and the first official Oscar for Best Foreign Language Film) around the world. Giulietta Masina (Fellini’s wife) gives one of cinema’s most memorable performances as Gelsomina, a sweet, simple peasant girl who is ​“sold” by her mother to Zampanò (Anthony Quinn), a brutish strongman in a travelling circus. Richard Basehart (of Voyage to the Bottom of the Sea fame) co-stars as The Fool, a tightrope artist who befriends the beleaguered heroine. Although ostensibly neorealist in form, La Strada​’s highly allegorical, profoundly spiritual quality departed from the strict tenets of neorealism, and drew angry attacks from some Leftist critics. Italy’s Catholic press viewed it as a genuinely Christian parable of suffering and redemption. Fellini’s affecting road movie inspired two of popular music’s great road songs, Dylan’s ​“Mr. Tambourine Man” and Kristofferson’s ​“Me and Bobby McGee.”

To stream this film:
Click on the ​“Stream” button above.
This will take you to Janus Films’s streaming platform, where you can watch the film.
Purchase a virtual ticket for $9 USD (you may need to create an account first).
Once a virtual ticket has been purchased, you have seven days to start watching the film.
Once you begin, you have 72 hours to finish watching.
If you are having technical issues with the stream, please click here.
This film is available to stream in Canada only.

“For all its sentimentality, this overshadows virtually everything Fellini has made since La Dolce Vita.”