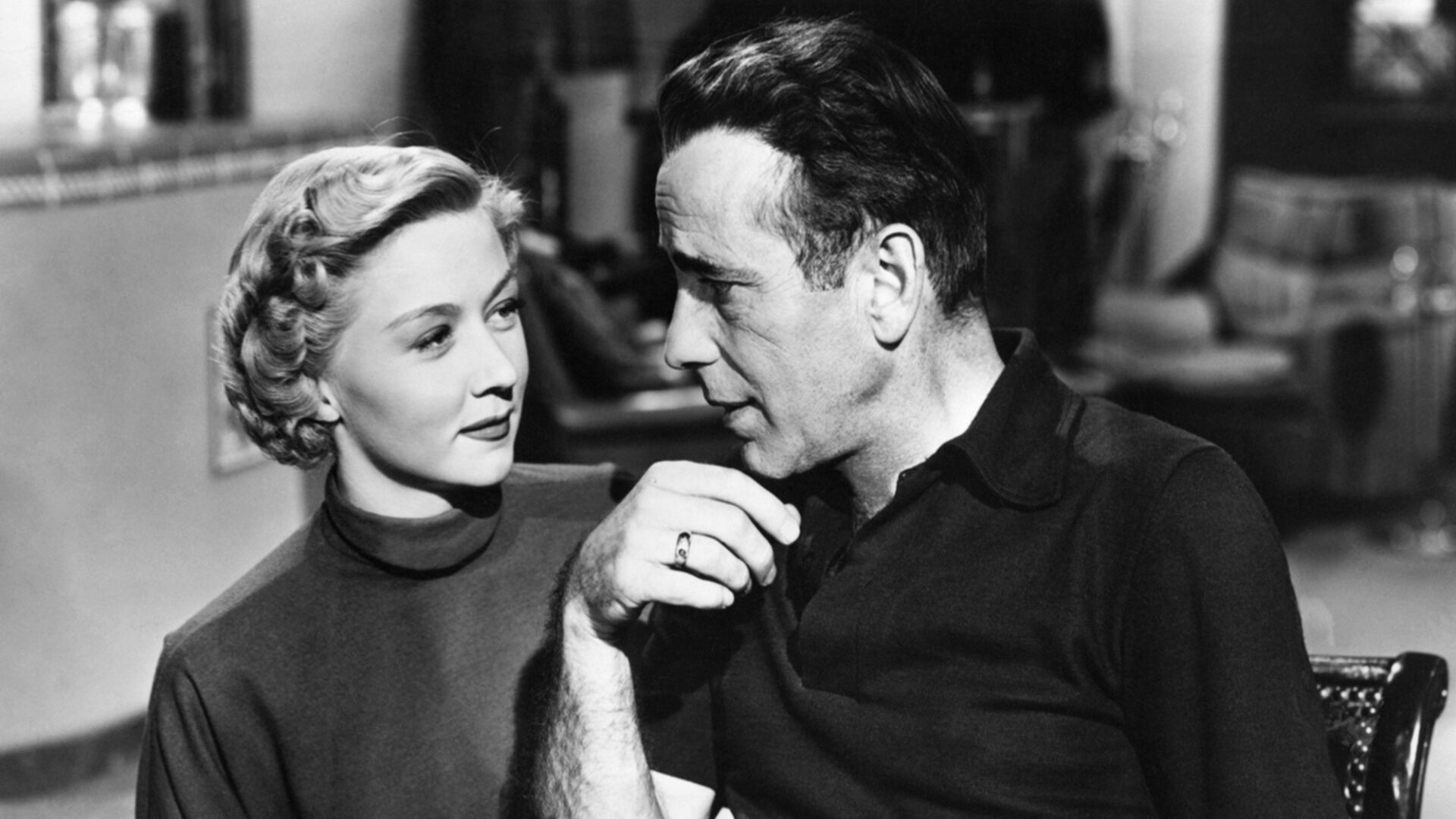 “One of Ray’s smartest and most devastating masterpieces … Not unlike Camus’s The Stranger, In a Lonely Place represents the purest of existentialist primers.”

Directed by Hollywood maverick and auteurist favourite Nick Ray (Johnny Guitar, Rebel Without a Cause), In a Lonely Place features Humphrey Bogart in perhaps his finest performance. Bogie is Dixon Steele, a Hollywood screenwriter blacklisted for boozing and bad attitude. When the hat-check girl he takes home turns up murdered, Steele’s the prime suspect—but lonely next-door neighbour Laurel (Gloria Grahame) provides him with an alibi. As romance blossoms between Laurel and Steele, she slowly begins to suspect that this jealous, suspicious, often-violent man may be a killer after all. Ray’s film is a masterfully directed, darkly haunting portrait of disaffection and distrust. ​“The noir atmosphere of deadly paranoia frames one of the screen’s most adult and touching love affairs … Never were despair and solitude so romantically alluring” (Geoff Andrew, Time Out).

“One of the darkest, harshest, and most devastating love stories ever made.”