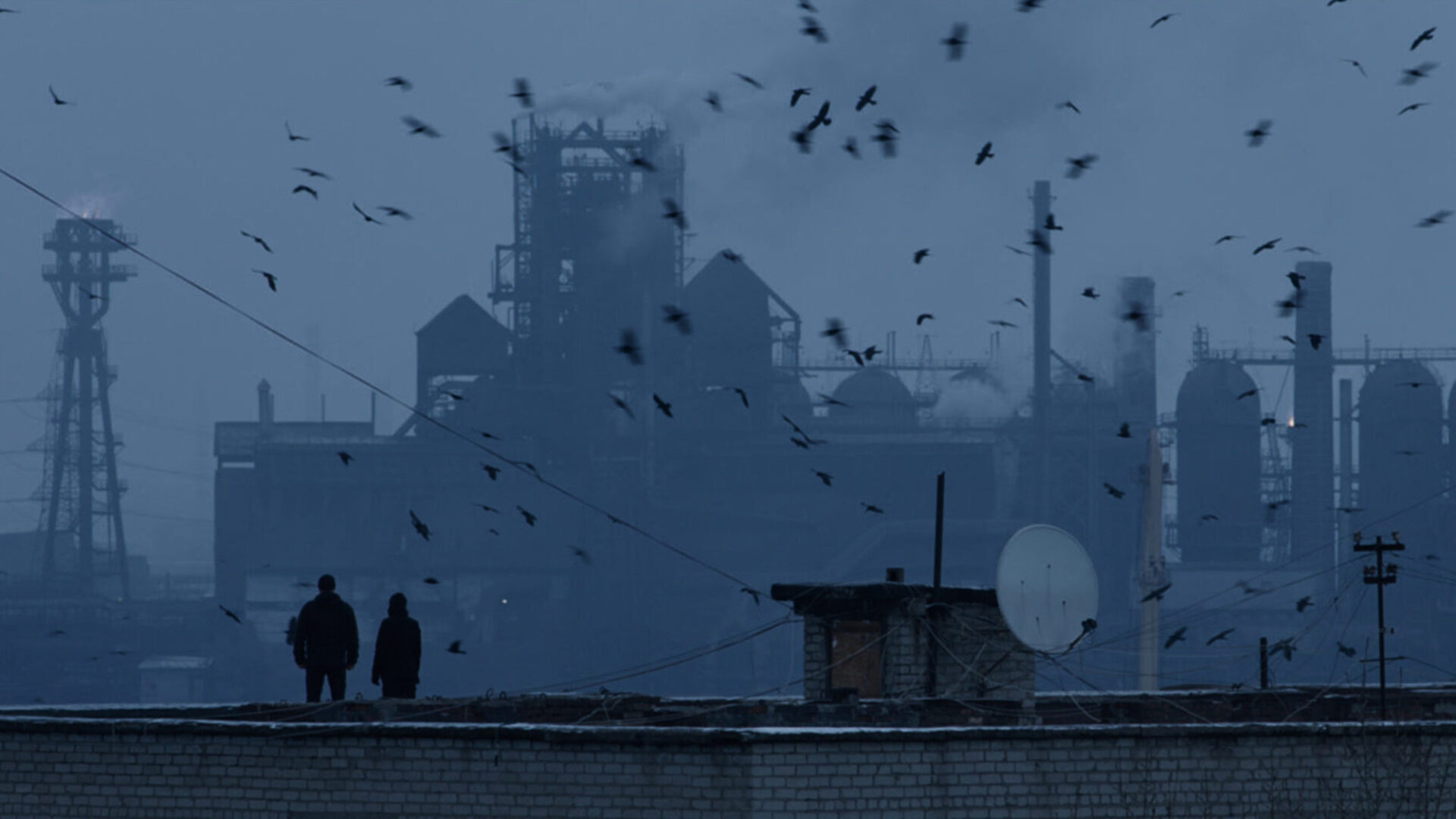 “Sensitively observed and meticulously crafted … A remarkable piece of filmmaking from an exciting emerging Eastern European voice … Atlantis is stunning to watch.”

Eastern Ukraine is a dystopian wasteland in visionary Ukrainian director Valentyn Vasyanovych’s bleak, brilliantly rendered telegraph from a not too distant—and not at all unbelievable—future. It is 2025, one year after the Russia-Ukraine conflict has ended. Sergiy (Andriy Rymaruk), a former soldier, treks through a postwar reality in which industry has collapsed, clean water must be rationed out, landmines and machine detritus pepper the desert terrain, and a zombie-like society suffers from collective PTSD. His chance encounter with Katya (Liudmyla Bileka), a volunteer with a humanitarian organization exhuming the corpses of missing dead, offers Sergiy a chance to heal and, perhaps, love. Writer-director Vasyanovych, best known for his cinematography on Myroslav Slaboshpytskiy’s sign-language shocker The Tribe (2014), brings his penchant for symmetrically composed, meticulously staged, uninterrupted single-take sequences to this arresting work of barely speculative fiction, which he also shot and edited. The film won top prize in Venice’s Horizons section, a platform for identifying new trends in cinematic language, and is Ukraine’s official submission to the 2021 Academy Awards.

To stream this film:
Click on the ​“Stream” button above.
This will take you to Grasshopper Film’s streaming platform, where you can watch the film.
Purchase a virtual ticket for $12 CAD (you may need to create an account first).
Once a virtual ticket has been purchased, you have three days to watch the film.
If you are having technical issues with the stream, please click here.

Watch a Q&A with the filmmakers here.

“[A] dark yet humanly luminous story.”