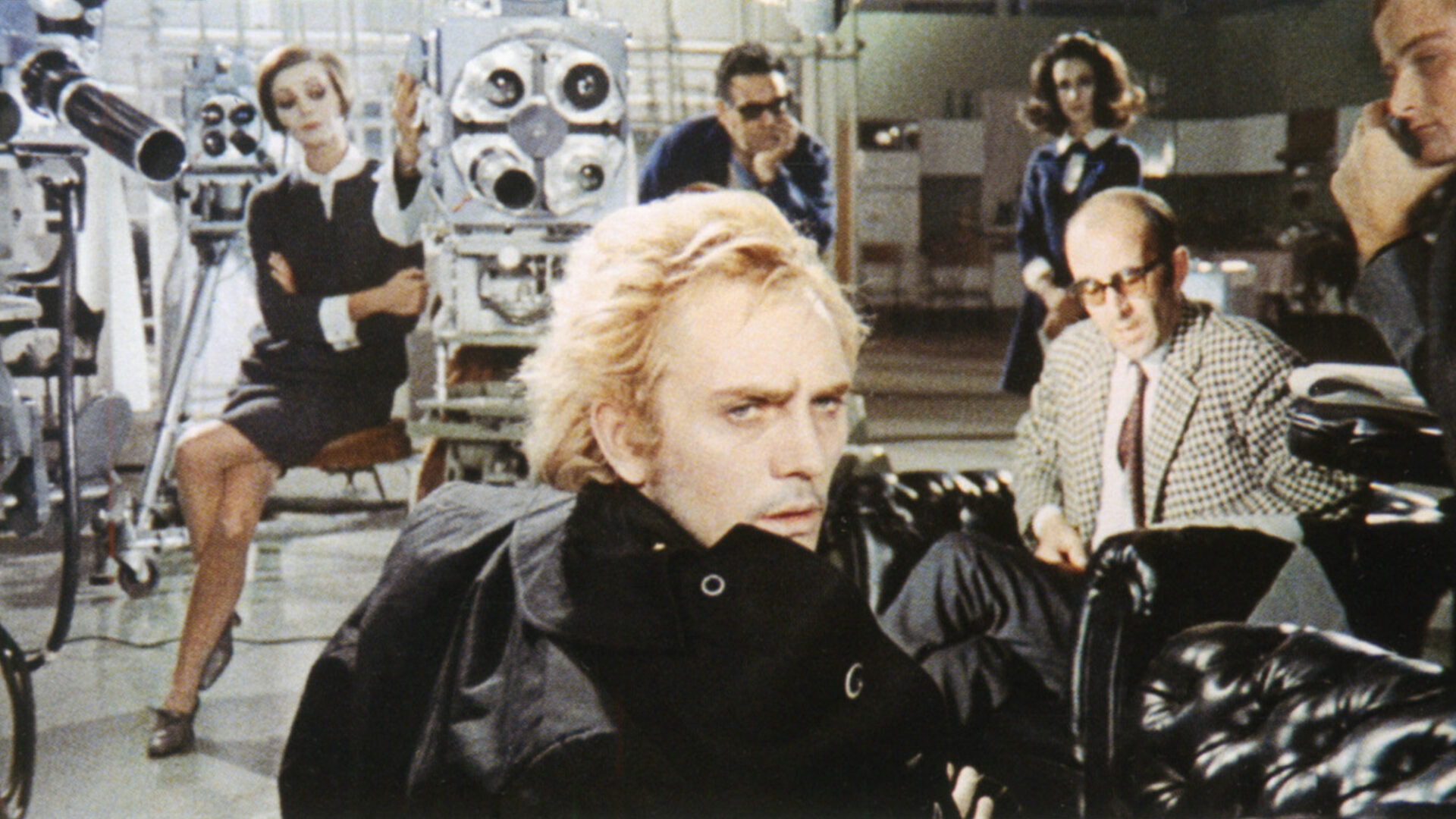 Omnibus films were all the rage in the Swinging ​’60s. Fellini’s wildly stylish update of Edgar Allan Poe’s ​“Never Bet the Devil Your Head” was made for Histoires Extraordinaires (aka Spirits of the Dead), a trilogy of Poe stories that also included episodes by Louis Malle and Roger Vadim; Fellini’s contribution, critics agreed, was easily the pick of the spooky litter! Terence Stamp (who appeared in Pasolini’s Teorema the same year) stars as a washed-up, drugged-out English actor arriving in Rome to play the lead in a new film — a Vatican-financed Spaghetti Western about Christ!

“Marvelous: a short movie but a major one … A kind of postscript to La Dolce Vita … I would never have thought that Fellini and Poe had much in common.” Vincent Canby, New York Times

French great Chris Marker’s legendary ​“photo-roman” is a Möbius-strip tale of memory and time travel, set in a post-apocalyptic Paris. A man forced by scientists to participate in time-travel experiments solves the riddle of a mysterious memory — involving a woman, a man, and the observation jetty at Orly airport — that has obsessed him since childhood. Marker’s haunting masterpiece (remade by Terry Gilliam as 12 Monkeys) is, with the exception of one fleeting image, composed entirely of still photographs. In Sight and Sound​’s most recent (2012) decennial poll of international critics, La Jetée was the only short film to be voted amongst the top 50 movies of all time.

To stream this film:
Click on the ​“Stream” button above.
This will take you to Janus Films’s streaming platform, where you can watch the films.
Purchase a virtual ticket for $9 USD (you may need to create an account first).
Once a virtual ticket has been purchased, you have seven days to start watching the films.
Once you begin, you have 72 hours to finish watching.
If you are having technical issues with the stream, please click here.
This program is available to stream in Canada only.