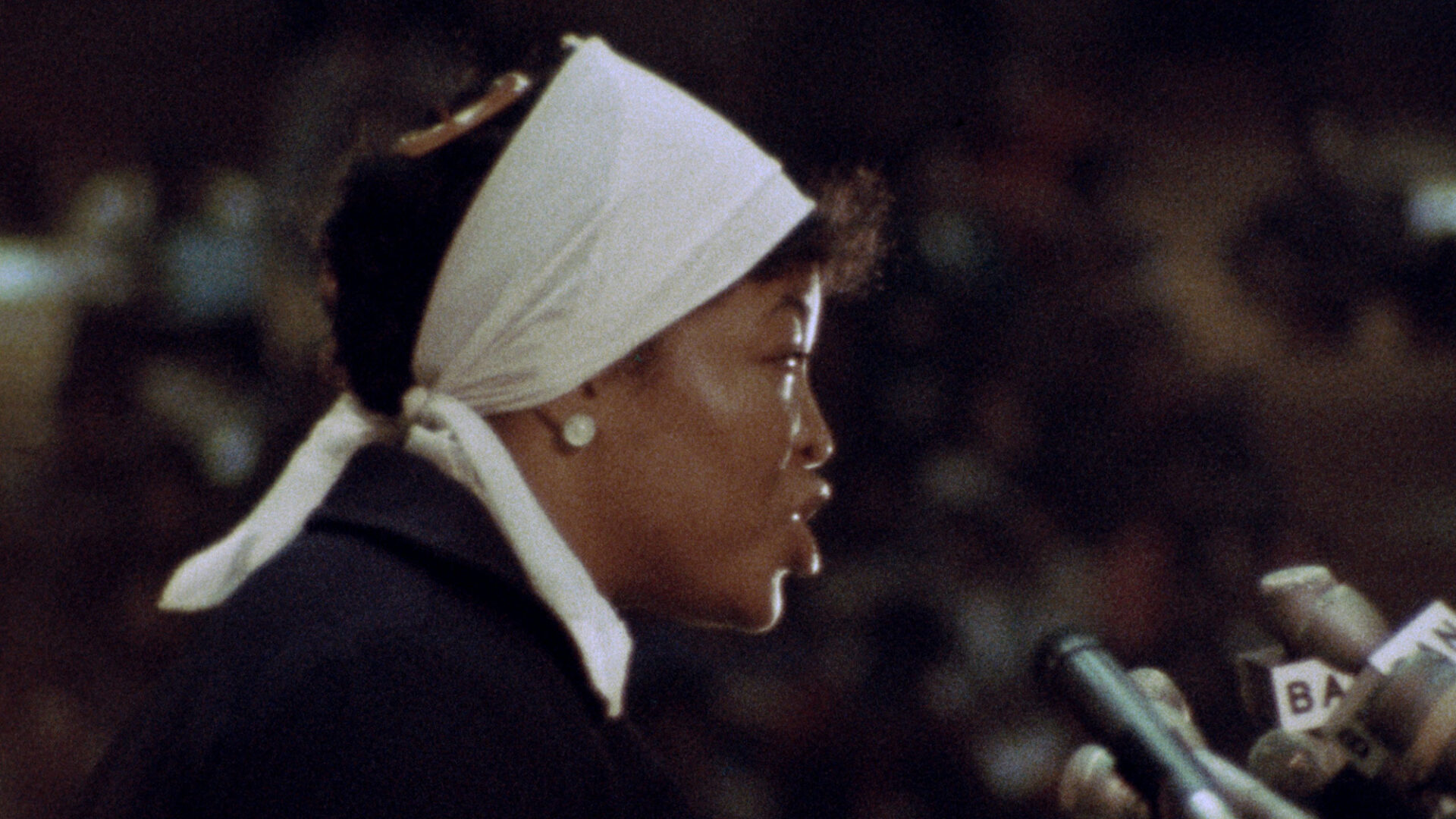 “A vivid portrait of a once-in-a-lifetime gathering … Remains as strong today as it ever was.”

In March 1972, an estimated ten thousand Black citizens, politicians, activists, and artists converged on Gary, Indiana to attend the National Black Political Convention. Its expressed purpose: to draft a unified political agenda for Black Americans in advance of the Republican and Democratic presidential conventions. There to capture the historic event was William Greaves (1926–2014), a prolific documentarian of African-American history, culture, and politics, best known for his brilliant 1968 meta-documentary Symbiopsychotaxiplasm: Take One (screening November 4–10 at The Cinematheque). The resulting film, deemed too militant for broadcast television — and, until now, available only in a diminished 58-minute cut — is a seminal record of the rousing two-day convention. Narrated by Sidney Poitier, with poems recited by Harry Belafonte, it features Rev. Jesse Jackson, Dick Gregory, Coretta Scott King, Dr. Betty Shabazz, Amiri Baraka, Bobby Seale, Richard ​“Shaft” Roundtree, and Isaac Hayes, who performs. This 4K restoration, funded by Jane Fonda and the Hollywood Foreign Press Association, restores the film to its intended 80-minute length and visual integrity. Almost fifty years later, its call to action has never felt more necessary.

To stream this film:
Click on the ​“Stream” button above.
This will take you to Kino Lorber’s streaming platform, where you can watch the film.
Purchase a virtual ticket for $10 USD (you may need to create an account first).
Once a virtual ticket has been purchased, you have five days to watch the film.
If you are having technical issues with the stream, please click here.

“With the restoration of this long-lost documentary, a vital record of Black resilience has been preserved.”

“The film buzzes with the long-term historical power of the occasion.”