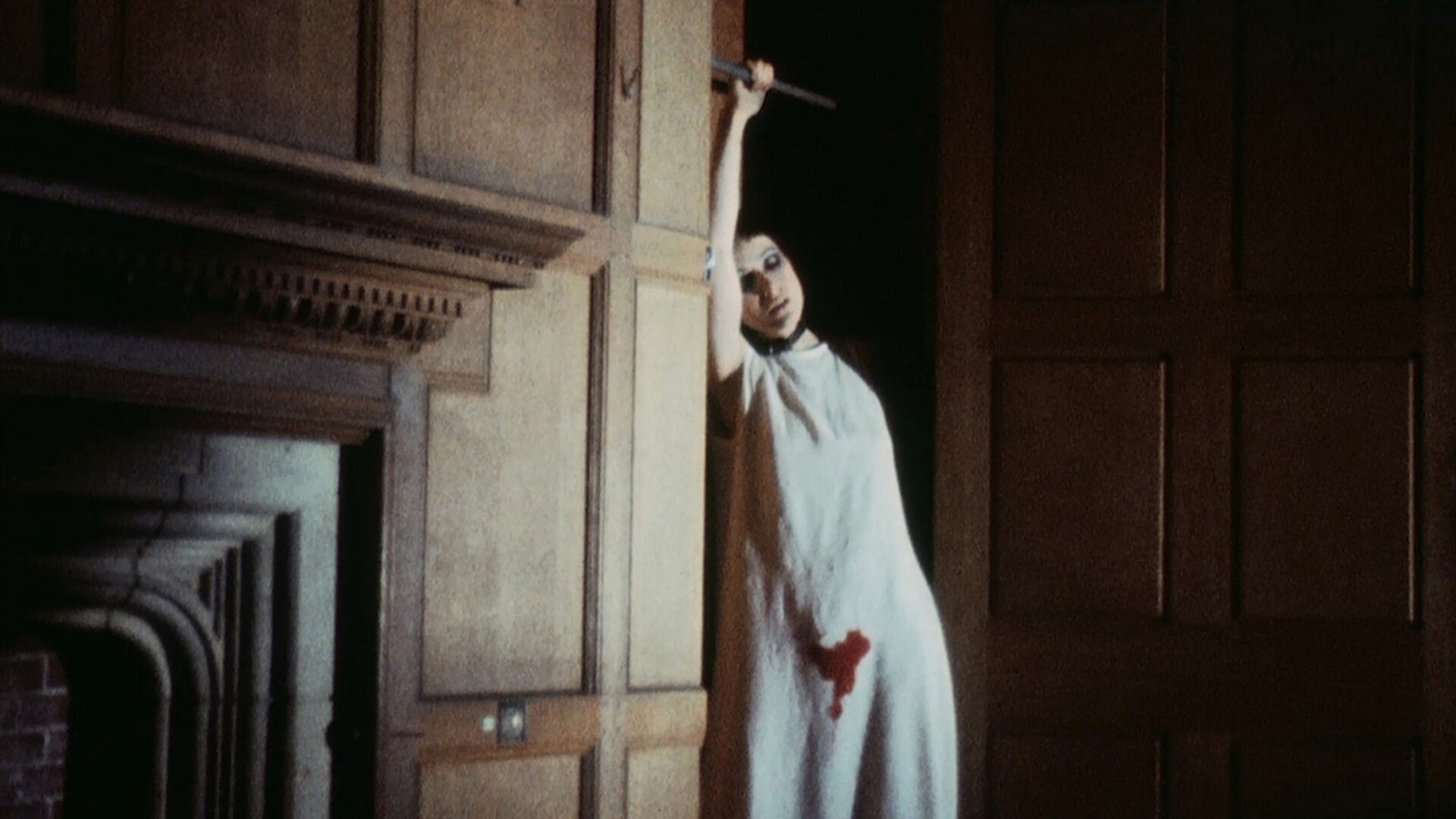 In 1969, Penny Slinger and her then partner filmmaker Peter Whitehead were given permission to produce a body of work in Lilford Hall, a decaying mansion in Northamptonshire, England. Shot over the course of several weeks while living in the estate with actress Suzanka Fraey (The Other Side of the Underneath), Lilford Hall documents the fractured intimacy between the three artists.

While the film was never finished, the themes and images explored during her time making Lilford Hall became the haunting raw material for Slinger’s most significant work: An Exorcism, her 1977 book published with a grant from the Roland Penrose and Lee Miller’s Elephant Trust.

The version of the Lilford Hall screening as part ​“Penny Slinger: Exorcisms” draws from recently unearthed and remastered 16mm footage, here shown for the first time in a longer format.

To stream this film:
Click on the ​“Stream” button above.
This will take you to Eventbrite, where you can register to watch the film.
If you are having technical issues with the stream, please email office@​fillip.​ca

This film is presented as part of “Penny Slinger: Exorcisms,” a weeklong virtual series focusing on the film work of visionary British artist Penny Slinger co-presented by Fillip and The Cinematheque. For more information on Fillip’s publishing program and public event series, please visit fillip.ca.

This program would not have been possible without the help and support of Nicoletta Beyer. Special thanks also to the British Film Institute, Blum & Poe, Jack Bond, and Penny Slinger.