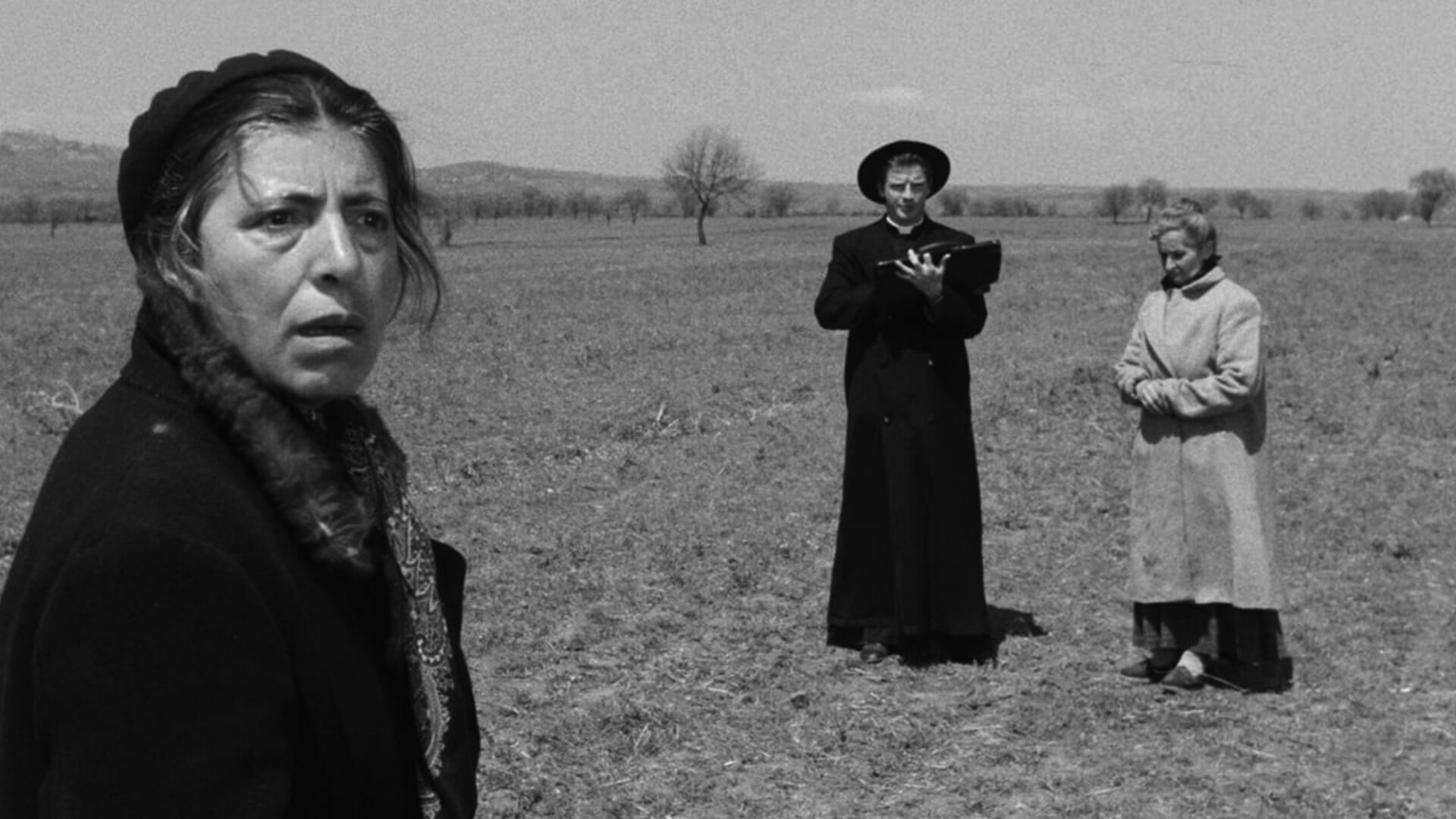 “A sincere social document and a worthy intermezzo between La Strada and Nights of Cabiria in what some critics have defined as Fellini’s ​‘trilogy of loneliness.’”

Fellini’s often-forgotten follow-up to the hugely successful La Strada is a neorealist crime drama that flirts with film noir. Featuring a commanding lead performance from American tough-guy actor Broderick Crawford (All the King’s Men), Il Bidone relates the tragic tale of three small-time con men who pose as priests in order to swindle the poor. Crawford’s role was originally intended for Humphrey Bogart. His character’s personal Calvary, in the film’s powerful climactic scene, displays Fellini’s great compassion for even the most flawed individuals. Fellini favourites Richard Basehart, Franco Fabrizi, and Giulietta Masina are also prominent in the cast. Although not lacking in comic and surrealist flourishes, Il Bidone has been called Fellini’s ​“starkest and most bitter social drama” (Bloomsbury Foreign Film Guide). Many critics saw the film as Fellini’s reaffirmation of the neorealist principles he was accused of betraying in La Strada.

To stream this film:
Click on the ​“Stream” button above.
This will take you to Janus Films’s streaming platform, where you can watch the film.
Purchase a virtual ticket for $9 USD (you may need to create an account first).
Once a virtual ticket has been purchased, you have seven days to start watching the film.
Once you begin, you have 72 hours to finish watching.
If you are having technical issues with the stream, please click here.
This film is available to stream in Canada only.

“An unjustly neglected gem … Nino Rota’s score is an indispensable part of its dark magic.”