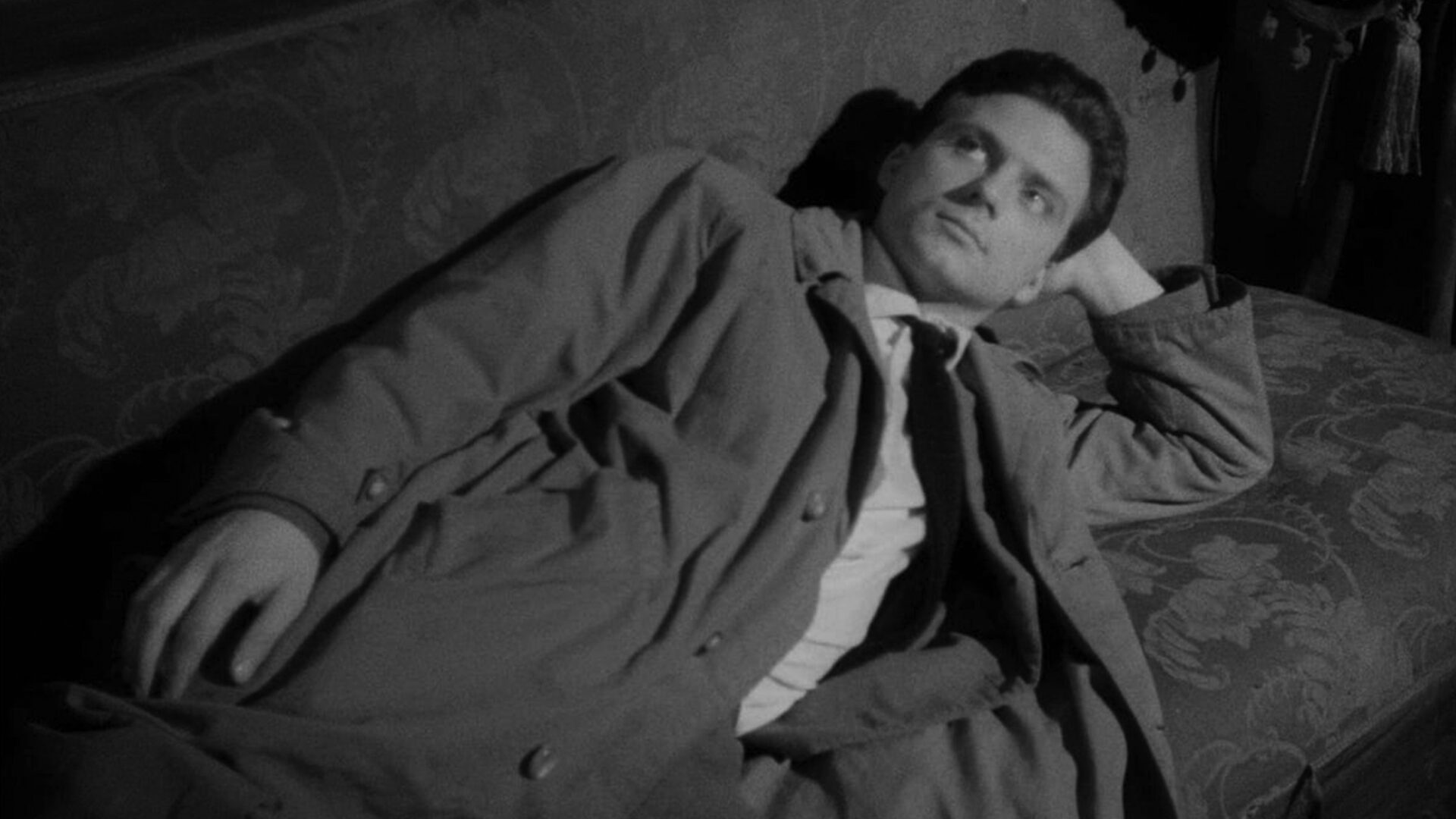 “I Vitelloni shows all of Fellini’s unrivalled virtues — his lyrical sense of place, his abiding affection for even the most hapless of his characters, his effortless knack for limpid, bustling composition.”

Fellini’s 1953 version of Slackers was his first work to draw serious international attention and helped set the stage for the phenomenal success of La Strada the following year. Semi-autobiographical, and very much in the neorealist tradition, Fellini’s film offers a fond, seriocomic study of five bored and aimless young layabouts — vitelloni — in the small Italian seaside town of Rimini (the director’s birthplace, and the setting also of his Oscar-winning 1973 film Amarcord). Franco Interlenghi heads up the cast as Moraldo, Fellini’s alter ego, who dreams of escaping his futile existence. (The Moraldo character later morphs into Marcello, the protagonist of La Dolce Vita played by Marcello Mastroianni.) Wonderfully observed, warmly nostalgic, and full of affectionate (and caustic) humour, I Vitelloni has inspired many a movie about young men stranded between adolescence and adulthood, including American Graffiti and Mean Streets. Martin Scorsese calls it ​“Fellini’s first great film.”

“An inextricable mixture of affectionate symphony and acrid satire … Beautifully shot and performed … The best of Fellini went into this bleakly funny study.”