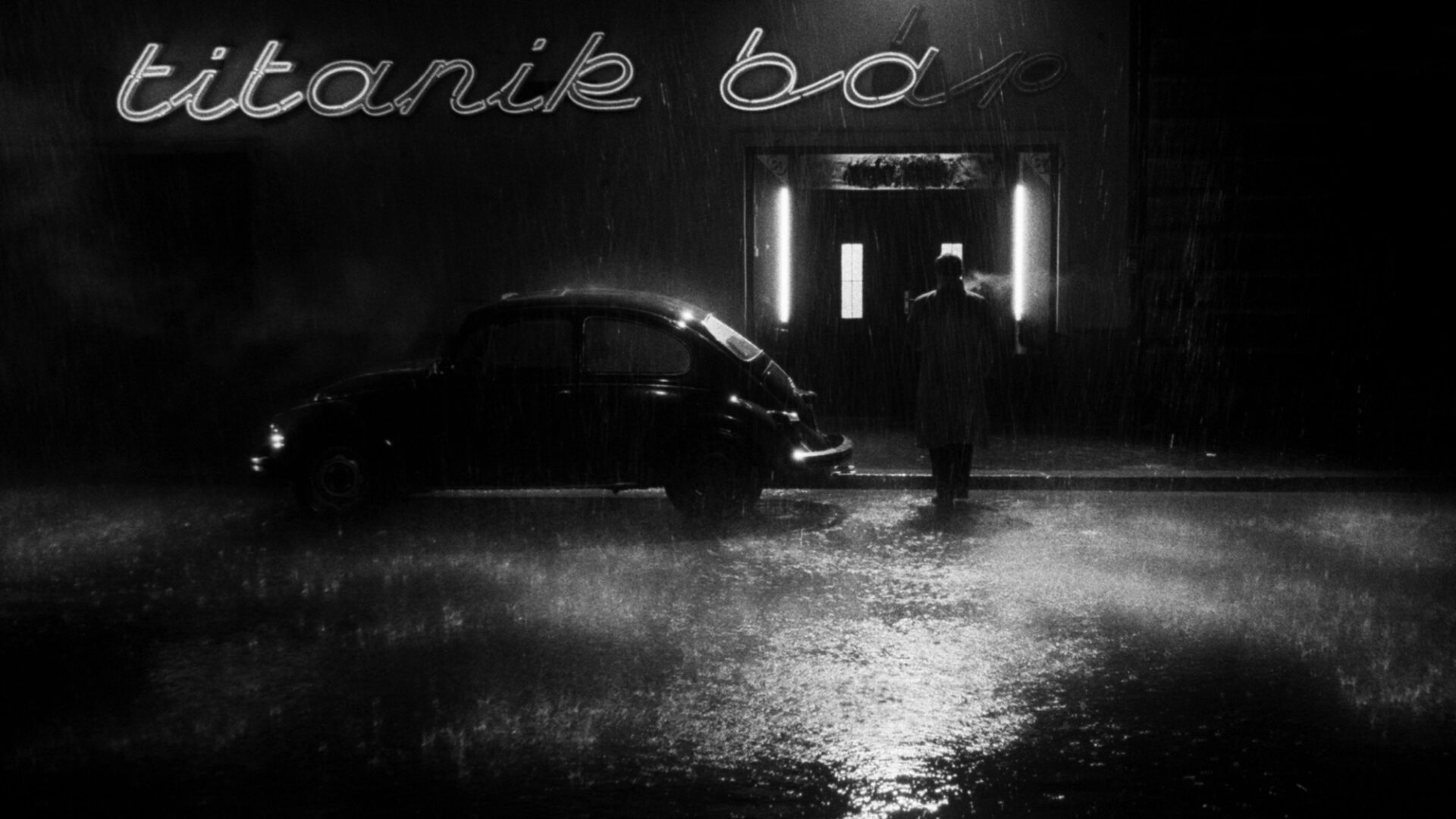 “Remarkable … Induces a floating trance-like sensation like something to be found in Tarkovsky … It is arresting cinema.”

Béla Tarr’s spellbinding fifth feature, a stunner of formal and visual control, broke with the cinéma vérité trappings of his earlier films and announced the international master who was about to make Sátántangó. Like that extraordinary follow-up, Damnation (Tarr’s first collaboration with writer László Krasznahorkai, who also authored Sátántangó) is a rigorous, moody, black-and-white marvel distinguished by high-style mise-en-scène, expansive apocalyptic landscapes, and slow, seductive camera movement worthy of Tarkovsky or Antonioni. ​“A mid-career masterwork by the legendary Hungarian art-house auteur … Damnation chronicles the doomed affair between bar Titanik regular Karrer (Sátántangó​’s Miklós B. Székely) and the cruel cabaret singer (Vali Kerekes) he pines for while scheming to displace her brutish husband (György Cserhalmi). A poignant Communism allegory that solidified Tarr’s unique aesthetic … Damnation has been restored in 4K from the original 35mm camera negative by the Hungarian National Film Institute – Film Archive under the supervision of Tarr” (Arbelos Films).

“Some of the most magnificent black-and-white images shot anywhere in the world…. Tarr is one of the planet’s great cinematic formalists.”