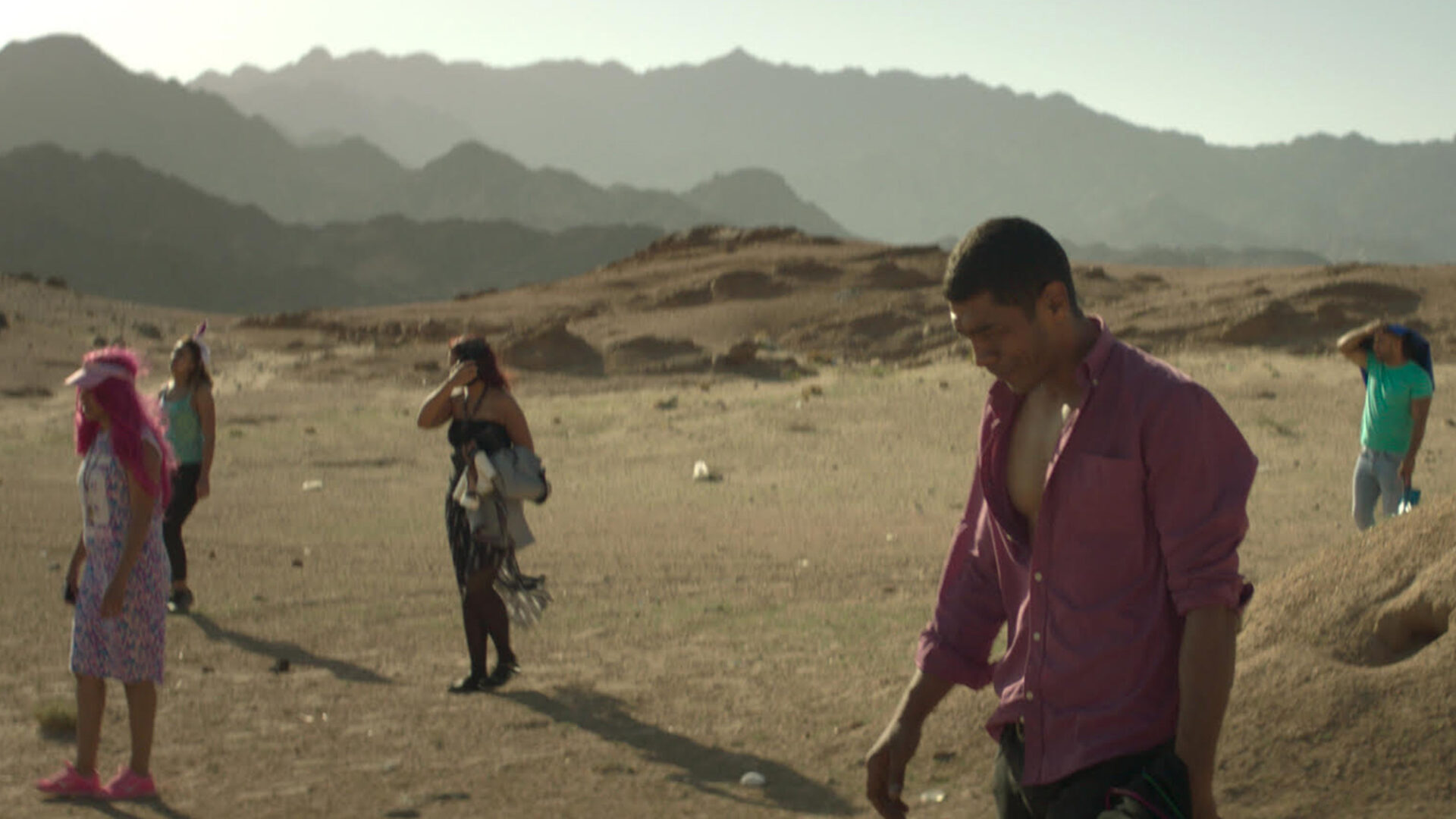 “Brilliantly bizarre … There’s a universal message here about the unseen hopes of workers in precarious jobs and a sharp indictment of how western tourism moulds foreign resort workers before abandoning them.”

Charlie Phillips on Dreamaway, The Observer

Due to technical issues beyond our control, we will sadly be postponing this screening to a later date. Ticket holders will be contacted and refunds issued. All screenings at The Cinematheque through Friday (October 15) have been cancelled. We apologize for any inconvenience caused and look forward to welcoming you back to the theatre this weekend.

Interweaving pure documentary with semi-scripted sequences, Johanna Domke and Marouan Omara’s Dreamaway follows the absurd days and fantastical nights of a group of young Egyptian workers lured from home by the promise of jobs and a freer lifestyle in Sharm El Sheikh, a popular resort town on the edge of the Red Sea. Recent terror attacks have driven the local tourism industry into the ground, yet its young workers ritualistically carry on with their jobs in the nearly deserted hotels, despite the lack of guests. Between work, they wander the empty environs dreaming of alternative lives. Preceded by CROP, Domke and Omara’s reflection on the power of images, set in the offices of Egypt’s state newspaper Al-Ahram and told from the perspective of a fictional photojournalist (a composite of 19 interviewees) who missed the 2011 revolution due to a hospital stay.

Due to unforeseen circumstances, the filmmaker Q&A has been cancelled.