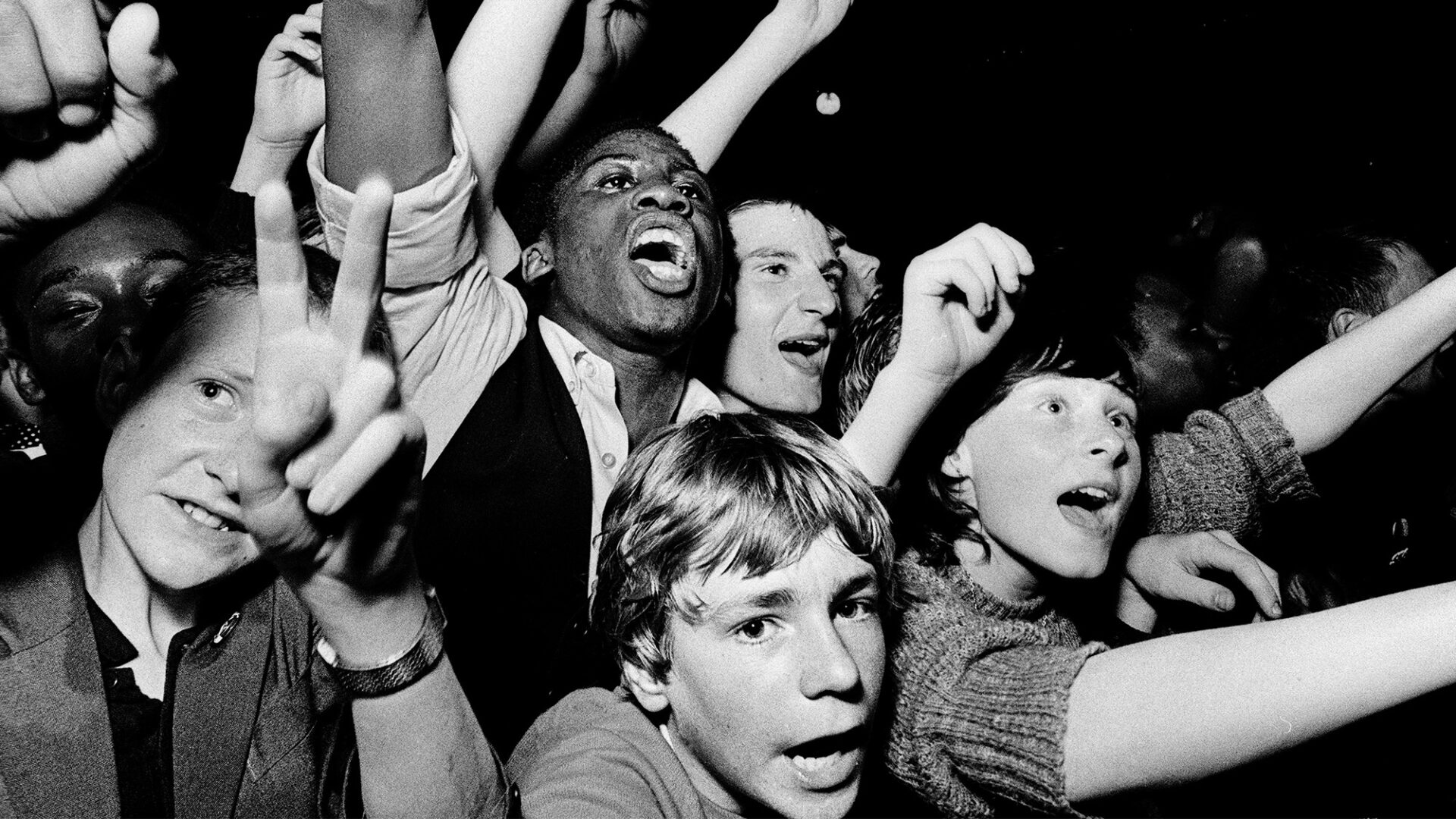 United Kingdom, 1976. The far-right National Front is gaining in popularity. Racist attacks are on the rise. Famed guitarist Eric Clapton lets loose with an anti-immigrant tirade while performing in Birmingham. A coke-addled David Bowie seems to endorse fascism. Members of the nascent punk scene are flirting with Nazi imagery. In response, a group of activists and artists launch Rock Against Racism, a new movement to fight extremism and xenophobia. Their efforts gain momentum when several prominent musical acts from various racial backgrounds — including Steel Pulse, Poly Styrene, Tom Robinson Band, and The Clash — join the cause. The National Front responds with violence, at concerts and in the streets. In her first feature-length project, British filmmaker Rubika Shah employs a lively cut-and-paste visual aesthetic drawn from DIY punk fanzines of the era to tell an urgent, inspiring, and still remarkably timely story of committed people organizing to do the right thing, give voice to the voiceless, and change the world. As recent events attest, our world hasn’t stopped needing changing. Best Documentary, 2019 BFI London Film Festival.

To stream this film:
Click on the ​“Stream” button above.
This will take you to Films We Like’s streaming platform, where you can watch the film.
Purchase a virtual ticket for $9.99 CAD (you may need to create an account first).
Once a virtual ticket has been purchased, you have three days to watch the film.
If you are having technical issues with the stream, please click here.