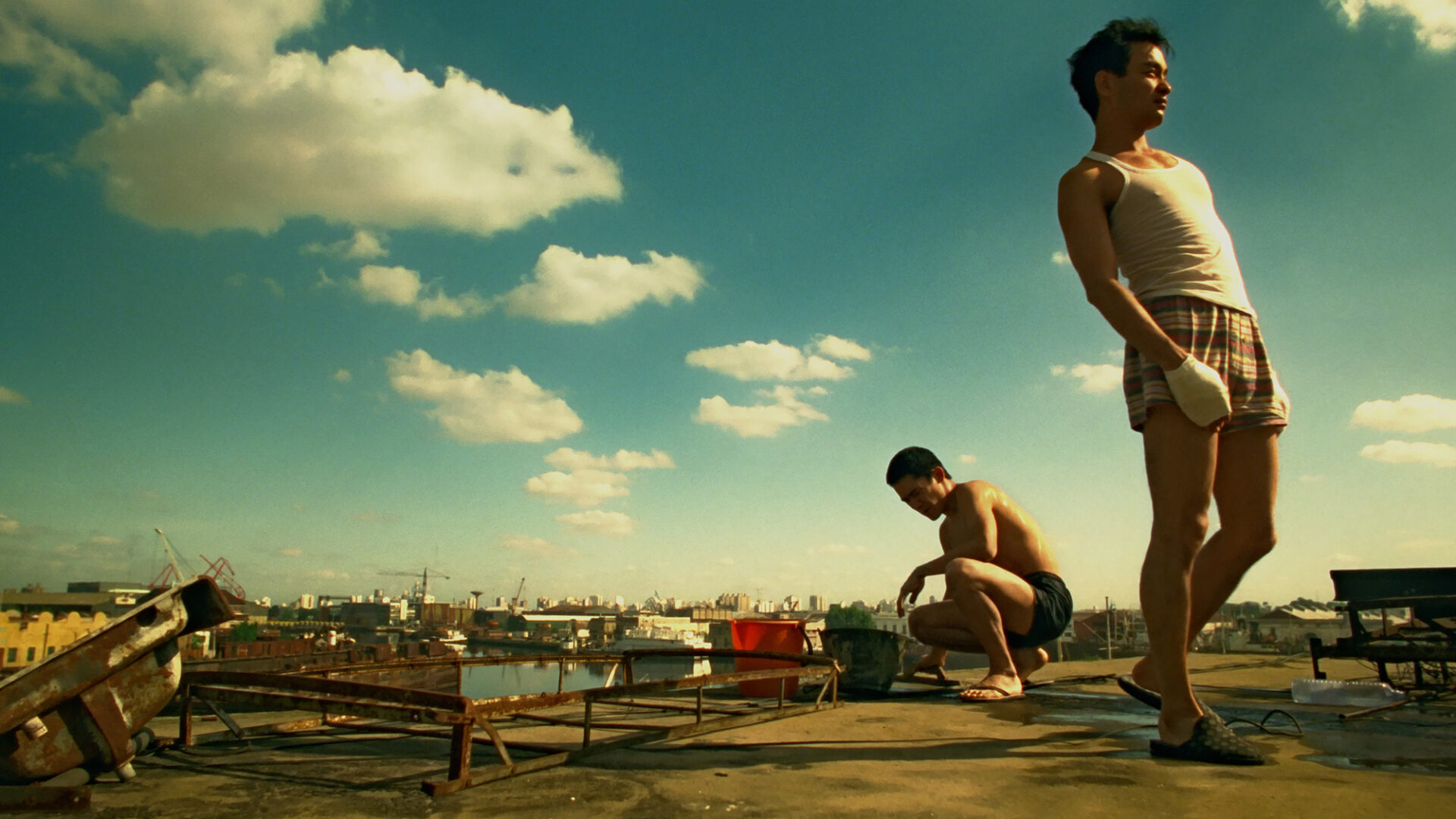 “A mesmerizing multi-layered love story by the wow master Wong Kar-Wai … Happy Together is a sublime examination of the pushes and pulls of loneliness and desire.”

Wong Kar-Wai was named Best Director at Cannes in 1997 for this affecting tale of exile and estrangement set in Argentina. Hong Kong luminaries Tony Leung Chiu-Wai and Leslie Cheung play bickering lovers who travel together to Buenos Aires, only to break up soon after arriving. One finds work in a tango bar; the other, down and out, begins turning tricks on the street. Taiwanese actor Chang Chen (from Edward Yang's A Brighter Summer Day) co-stars. The imminent handover of Hong Kong to China (and anxiety about an uncertain future) is a backdrop to Wong’s audacious film, shot in luminous monochrome and lush colour by DOP Chris Doyle. The film’s ironic title quotes the 1967 tune by The Turtles. The fragmentary novels of Argentine writer Manuel Puig (Kiss of the Spider Woman) have influenced Wong’s own elliptical narratives; Happy Together was originally conceived as a Puig adaptation.

Streaming
December 31 – January 7
The virtual screening link will go live on December 31, at which time you can purchase a ticket to stream the film.

“Dazzling … A moody, contemplative piece of work, and a vividly tactile one as well … Wong Kar-Wai is the cinematic poet of loneliness.”

“A piercing meditation on the meaning of partings, reunions, and attempts to start over … Wong Kar-Wai and cameraman Chris Doyle have crafted their most lyrical film.”