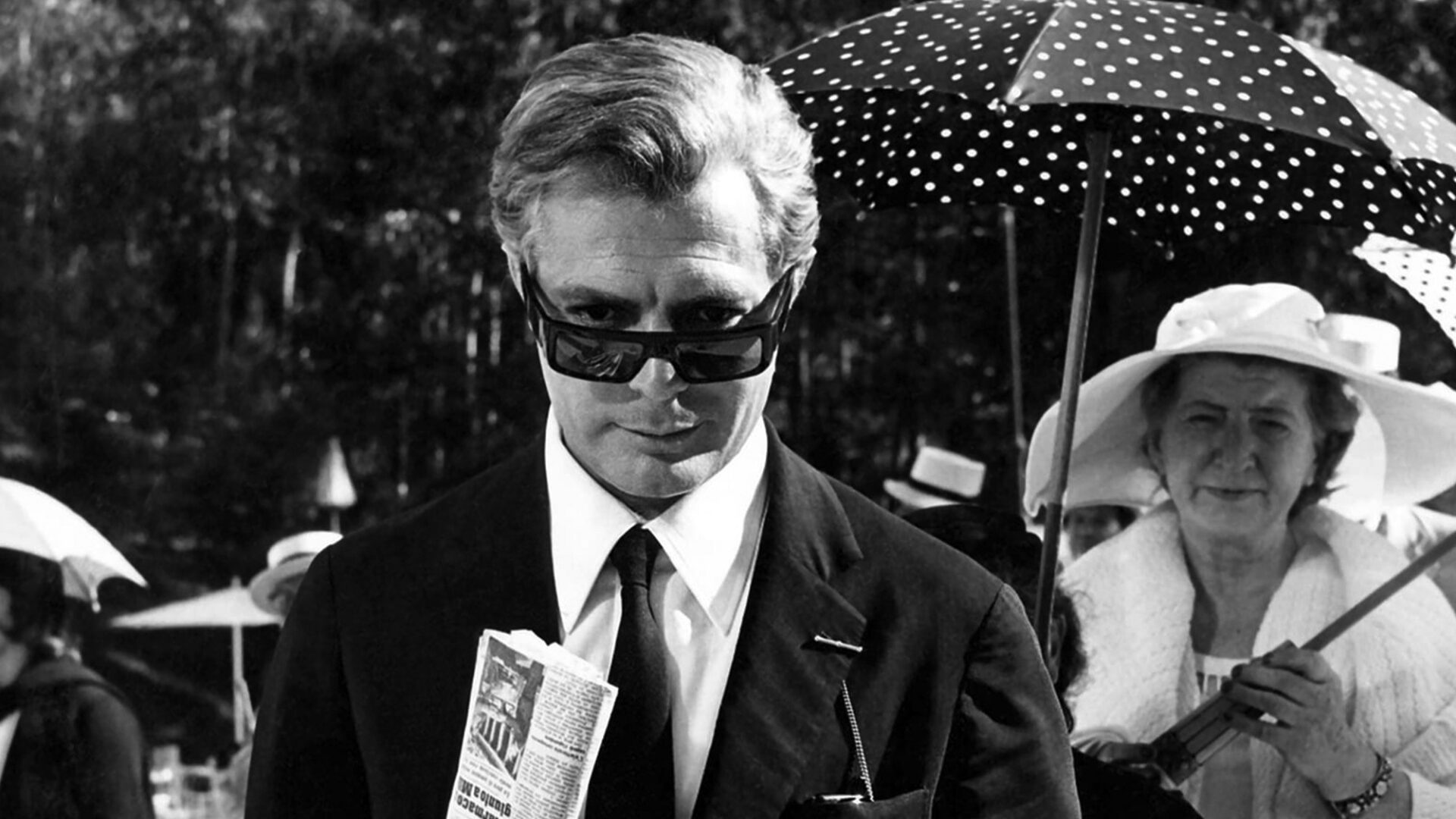 “An inspired testimony to Fellini’s originality and inventiveness.”

In response to the new provincial health orders, The Cinematheque has closed the theatre and cancelled in-person screenings from November 23 through December 7. We look forward to rescheduling this film at a later date.

Fellini’s Oscar-winning “eighth-and-a-half” feature is his consensus masterpiece and one of cinema’s most influential works. The film was made in response to enormous attention heaped upon the director for La Dolce Vita. Marcello Mastroianni stars as Guido, a famous filmmaker suffering from creative block as he is about to begin his latest project, a big-budget sci-fi epic. Harried at every turn by fans, friends, the press, his producer, his screenwriter, his wife, and his mistress, Guido retreats into fantasy and memory, and gradually comes to the realization that artistic inspiration is rooted in personal experience. Surreal, self-reflexive, and undeniably self-indulgent, this comic fantasia offers a virtual compendium of Fellini’s work, and is one of the great films about filmmaking. 8½ was named one of the top ten films of all time in Sight and Sound’s 1972, 1982, 2002, and 2012 polls of international critics. Its self-referential title adds up Fellini’s seven solo features and his three “half” films up to that time.

“It is stunning. We see a wizard at the height of his wizardry … In terms of execution I cannot remember a more brilliant film.”