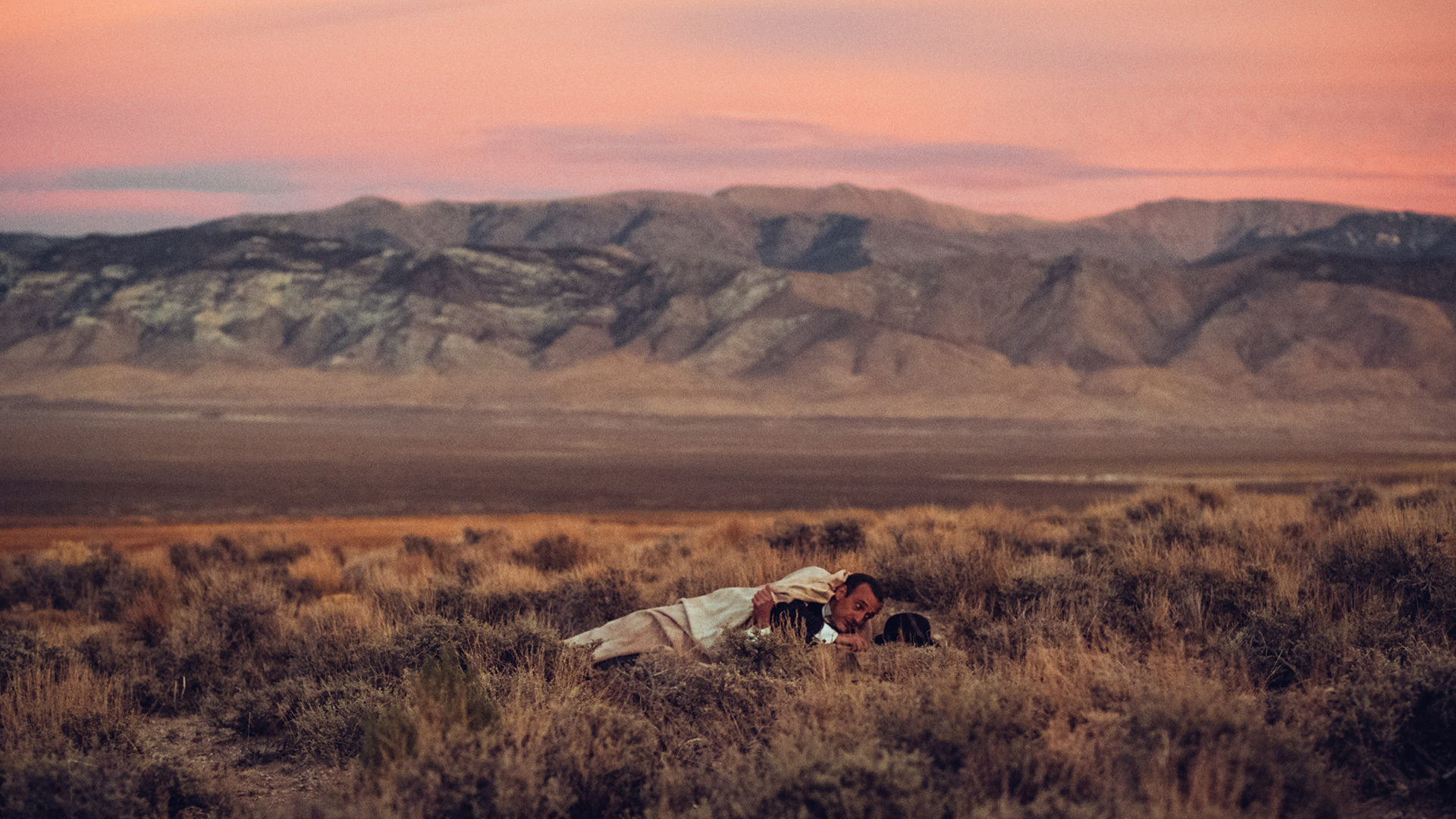 “Intoxicatingly made … A metaphysical road trip through a nightmarish America … It could find its way to cult status.”

Is this the absurdist, dystopian nightmare we’re all living through in this age of Trump and MAGA? Montrealer Maxime Giroux’s fearless, often disturbing new film — his follow-up to the very different Félix et Meira — won five honours (the most of any feature) at this year’s Canadian Screen Awards, including prizes for Sara Mishara’s ravishing cinematography and Sarah Gadon’s frightening supporting performance. Martin Dubreuil plays a draft dodger from Quebec roaming the American Southwest during wartime. The period may (or may not) be the 1940s; the Land of the Free has become a cruel, sadistic House of Horrors. A nod to Chaplin’s The Great Dictator underscores the work’s anti-fascist intentions. Giroux’s enigmatic oddity suggests the 1970s provocations of Dennis Hopper or Alejandro Jodorowsky. Or an adaptation of Cormac McCarthy’s The Road directed by David Lynch.

“Brazenly uncompromised … The sheer audacity of The Great Darkened Days is truly something to behold.”